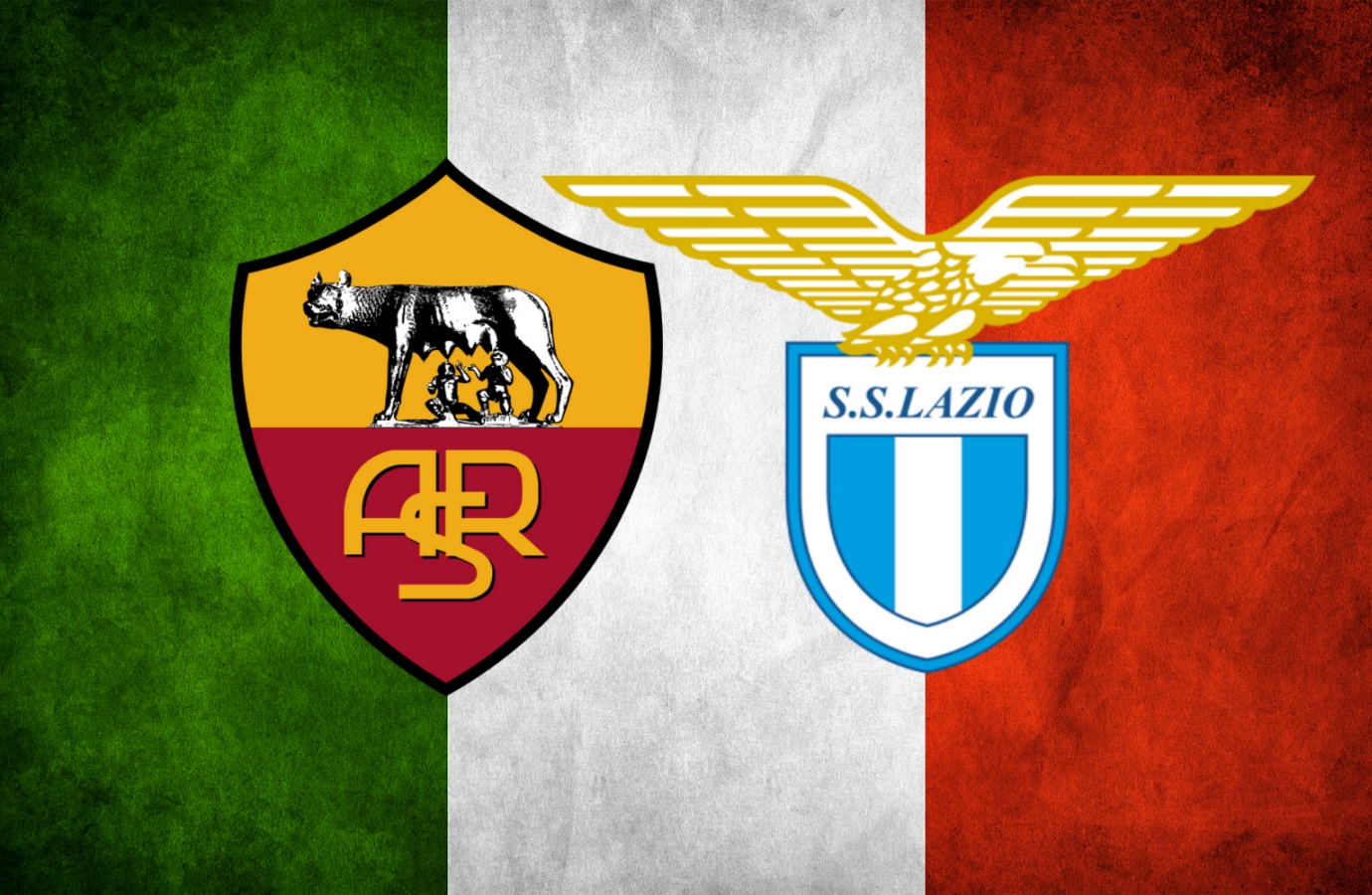 There is nothing, absolutely nothing like the infamous Roman derby. In Italy, amongst the countless smaller derbies of the peninsula, there is the Milan derby (la Madonnina), the Genoa derby (la Lanterna) and even the rather artificial Derby d’Italia between Juventus and Inter. However, none come close to matching the passion of the Derby della Capitale. Also known as the Derby del Cupolone for the great dome of St. Peter’s, icon of the Italian capital. The Rome derby has produced some of the most scintillating football in Italian history. The results aren’t simply a matter of points; a derby win can change a club’s season, and the social and cultural lives of fans. The approach to a derby is a time of intense anxiety, fear, loathing and anguish but also camaraderie, hope, love and faith. It is indeed both the best and worst of times. This list will take a look at our Top 10 Lazio Moments in the Rome Derby.

You exactly where you were when this goal was scored. You remember who you were with and what you were thinking. Or maybe it’s all a blank and all you can remember is the sense of intense joy and utter elation. A goal that must rank as perhaps the greatest in the pantheon of derby goals for Lazio to the point that the time of the goal itself –  71 has become shorthand for the triumph of 2013. Senad Lulic is lazio lore, forever.

In 1997-98 Lazio were a team on the rise. The halcyon days of the Cragnotti era were just building to the great crescendo of titles at the end of the decade. Lazio drew Roma in the Coppa Italia quarters which meant 4 derbies in one season. The Biancocelesti won every single one of them on the way to a Coppa Italia triumph.

There can only be one “Long John” Giorgio Chinaglia. The larger-than-life Lazio striker of the 1970s scored what became a signature of Lazialita, a symbol of the internecine rivalry on the banks of the Tiber. After scoring the winning goal in the return derby of Lazio’s first scudetto-winning season, Chinaglia ran under the opposing terrace finger pointed –  a dagger in the heart of our rivals. The gesture for fans of the skyblue has been transformed into a battle cry – “Giorgio Chinaglia il grido di battaglia”

The young Paolo DiCanio, a product of the Lazio system, a son of Rome and a Laziale through and through scores the winning goal in a 1-0 win. Reevoking the legendary Long John Chinaglia, DiCanio ran under the Curva Sud – arm outstretched, finger pointed another dagger in the hearts of our opponents. But he wasn’t done with the derby.

With anticipation through the ceiling, DiCanio’s return to the Rome Derby was an absolute triumph. The Lazio captain scored an absolute stunner on an over-the-shoulder volley but it wasn’t over there. The fiery Roman who had spent the better part of his career away from his boyhood club proceeded once again to run to the opposing stands and, arms outstretched in a defiant pose, he re-introduced himself to his old foes. For the second time, Paolo DiCanio had struck at the hearts of our adversaries and in the words of legendary Lazio announcer Giorgio DeAngelis “You’ve hurt them again Paolo, you’ve hurt them again!”

The long-suffering Englishman who had missed months due to injury finally did what every Lazio fan had hoped he would do from the moment his signing was announced – score in a derby. With the game seemingly slipping away in the dying moments, Gazza has a moment of pure determination and grit. Hurling himself into the air at a deep long ball to secure a tie. His response says it all A. Celebration that is at once jubilation and catharsis. A truly iconic Derby della Capitale moment.

With the game deep into extra time and hope at virtually evaporated, Lazio midfielder Lucas Castroman became an instant legend by scoring the equalizing goal in the 95th minute with a low daisy cutter. Castroman would leave the team in 2003 without fanfare, but the Argentine etched his name into the hearts of Biancocelesti forever.

The Argentine wizard seals the derby with a magical freekick on the way to Lazio’s second Scudetto. Despite going down early, the biancocelesti were able to overturn the deficit as they marched towards Juve at the top of the standings. The goal became a metaphor for the team’s run to the cup, catching Juve in the final weeks of what looked certain to be another Scudetto for the zebras. Veron’s Lazio had other ideas.

This Derby della Capitale began in the most inauspicious of ways, quite literally, with the grounding of Olimpia over concerns for the Lazio mascot’s safety. The bad omen seemed to be confirmed only 5 minutes in when Osvaldo scored and then lifted his shirt to reveal a totti-esque message for Lazio fans – “I’ve screwed you as well”. But the end of the match proved that he who laughs last, laughs best. Well into extra time the German giant sliced the Roma defense in half with a surgical run before collecting a perfectly weighted Matuzalem pass. Sent in alone with the keeper, the outcome was virtually guaranteed – Mirogoooooool and 2-1 Lazio.

10 – Delio Rossi dives into the frigid waters of the Gianicolo Fountain: (2006)

Notable for the the 3-0 scoreline – the greatest difference in the history of Lazio Derby della Capitale victories, the victory featured an absolute rocket by Ledesma to open the scoring. But the derby might be best remembered for what happened after the match. Lazio coach Delio Rossi fulfilled his pre match promise to bath in one of Rome’s most celebrated fountains.

Do you agree with our list? What are your favourite Derby della Capitale moments? Let us know!