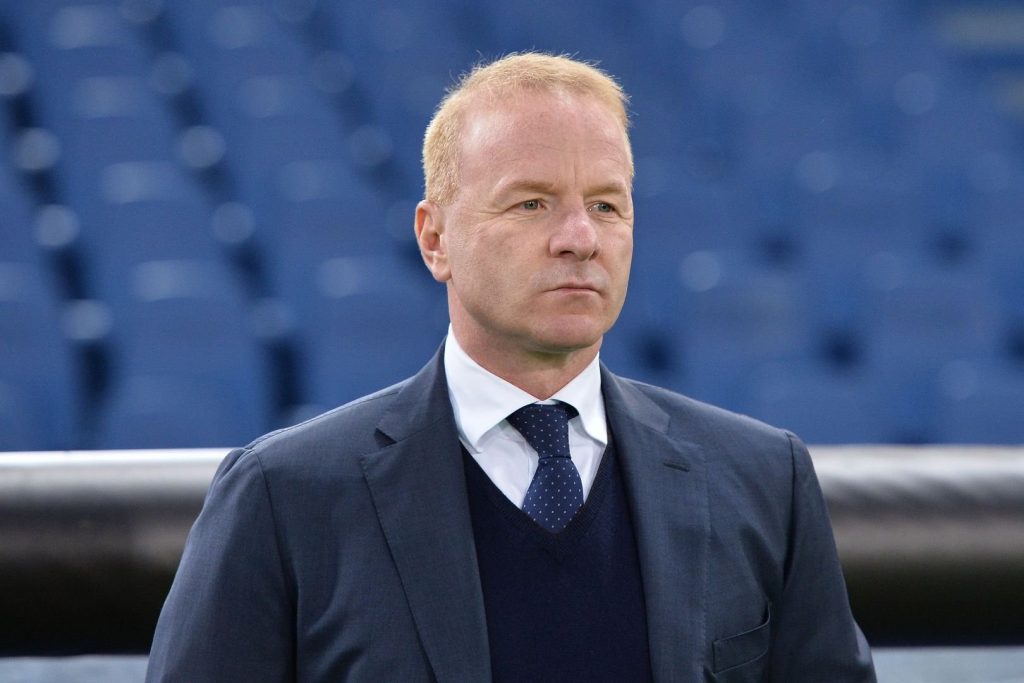 Over the past few seasons Lazio has quietly rose back up to become a major power in Italian soccer and the team’s Sporting Director Igli Tare deserves a lot of the credit. Tare has been Lazio’s sporting director since 2008 and under his guidance they have won two Coppa Italia;s and two Supercoppa’s. He has worked tirelessly to find the best bargains in Europe and has transformed Lazio into a perennial Champions League place contender. Lazio is not a team to splash the cash in the transfer market anymore, so Tare must work intelligently to bring quality players to the Stadio Olimpico. To highlight his terrific work as a sporting director here are Tare’s five best transfer dealings:

Lucas Biglia became a Lazio player in 2013 when he was bought from RSC Anderlecht for €8.4 million. The Argentinian was mostly used as a defensive midfielder for Lazio and played 133 games while scoring 16 goals in all competitions. In 2017, Tare sold Biglia for more than double what he was brought in for to AC Milan for €17 million. The fact that Tare then bought his replacement, and current midfield pillar, Lucas Leiva for only €5.7 million makes this business look even better.

Antonio Candreva first played for Lazio in 2012 while on loan from Udinese. Tare bought the winger in 2013 for €8.2 million from Udinese. Candreva played 192 games as a winger for Lazio, scoring 45 goals and providing 45 assists in all competitions. The Italian went on to win a Coppa Italia in 2013 with Lazio before he was sold to Inter three years later for €22 million.

Although Sergej Milinkovic-Savic was Lazio’s most expensive signing in recent times he has still been a bargain at his price. The Serbian arrived at the Stadio Olimpico in the summer of 2015 for €18 million from KRC Genk. This season has proven to be the dynamic midfielder’s breakout season playing 45 games for Lazio and chipping in with 13 goals and 9 assists in all competitions. With his current market value at €70 million, according to transfermarkt.com, Tare is set to make the Biancocelesti a tidy profit from his eventual sale.

The curious case of Ciro Immobile provided Tare with an opportunity to bring in a former capocannoniere winner for a bargain of a fee. Tare bought the Italian international in the summer of 2016 for €9.45 million from Sevilla. Immobile is most familiar to Italian fans for his capocannoniere winning season at Torino in 2014 and he was subsequently shipped off to Borrusia Dortmund. A few disappointing seasons in the Bundesliga and La Liga brought Immobile’s transfer value down and Tare took advantage of the opportunity. He has taken full advantage of his time with Lazio becoming their 7th all time highest scorer in just 2 seasons. Immobile is also in the midst of the best season of his career scoring 41 goals in 46 games in all competitions competing with the best of the best for the European Golden Shoe.

Miroslav Klose is Tare’s best piece of transfer business since he started working as Lazio’s sporting director. Tare secured the German’s arrival from Bayern Munich on a free transfer in 2011 as he was thought to be in decline because he was 33 years old. However, the experienced striker proved to everyone that he still had some gas in the tank scoring 63 goals and providing 35 assists in 171 appearances for Lazio. Klose scored more for Lazio than he had for any other team he had played for. Along with being Lazio’s main attacking focal point during his time in the Italian capital he was also part of their 2013 Coppa Italia winning side. Klose retired in 2016 providing Lazio with consistent scoring for five seasons despite his age.