The renewals of Tare and Peruzzi, sponsors and the dates of the withdrawal 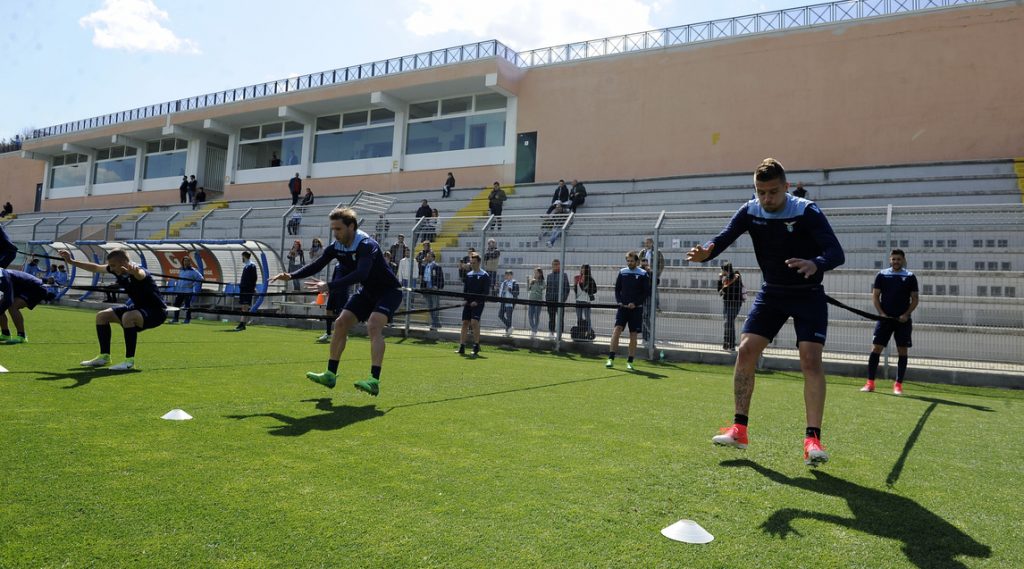 The Champions League is the goal: the dream that Simone Inzaghi and his boys have been chasing since September on the pitch. They deserve applause for what has been done, whatever the final result of this play-off with Inter.

To reach the European competition would mean 15 million euros safe as an entrance fee, a dozen deriving from the market pool to which will be added the prizes for each tie (900 thousand euros) and for each win (2.7 million) in the six guaranteed games of the group. More money will come later from the box office.

Waiting to know if those revenues will be attained or not, President Claudio Lotito is moving out of the field to try to make Lazio grow even more from the point of view of revenue.

This is the right time to beat the iron. The biancocelesti, thanks to the wonderful ride, have gained visibility and above all appeal: the footballers wink.

The companies are also interested to appear on the jersey. The contract signed a year ago with SELECO has a guaranteed economic value of 4 million euros until 30/06/2018, and in the event of an extension, an additional 4 million euros for each season. It provides, in case of participation in European competitions and achievement of sporting success, recognition of additional bonuses.

Lazio’s first priority would be to raise the bar asking for at least 7 million (Roma receives about 12 million from Qatar). If not, there would already be another company ready to arrive at these figures similar to those requested by Lotito.

It is clear that everything will be defined at the end of the season, when you will know for sure if Lazio will play in the Champions League next year. SELECO  will not disappear completely but will remain on the back of the shirt (already now present) with the brand extension of Easy Life.

But the news on the site does not end here because Lazio have already have been approved for the jackets of next year: there will be a black one. In all probability it will be the third one.

As for the withdrawal, given the long season and the World Cup in Russia, it will be postponed by a week. Except for last-minute variations, departure is scheduled for the July 15th, (meeting and visits from the 7th) and the return date is on the 29th. This week, the definitive meeting for the period from July 7th to 21st is still in progress as they try to figure the exact dates out. A second part of the withdrawal at the beginning of August has already been defined between Austria and Germany.

The renewal of the contract (annual) of Angelo Peruzzi is also practically complete. A positive man and increasingly important figure in the locker room.

The manager is growing as well as the whole team and that’s why we were quick to make him sign. A solid relationship with Lotito so much that the number one would like his opinion on the possible choice of a new technician. Simone Inzaghi’s farewell is not obvious but you can not leave anything to chance. The profile, if ever it should be, is always that of a young technician with a desire to arrive. There are early discourses because Inzaghi is loved by the fans and club and above all was one of the very few to convey the passion of playing for the biancocelesti.

There should be no problems even for the renewal of the Sporting Director Igli Tare.

Ready to strengthen the team for next season, the future is now, but to become great we must remain united, always.