It is Friday June 22nd, and @S_K_MOORE of @The _Laziali will be providing the LIVE BLOG for today. As always:

-> IF YOU APPRECIATE WHAT WE DO, BE SURE TO SUPPORT US ON PATREON! <- 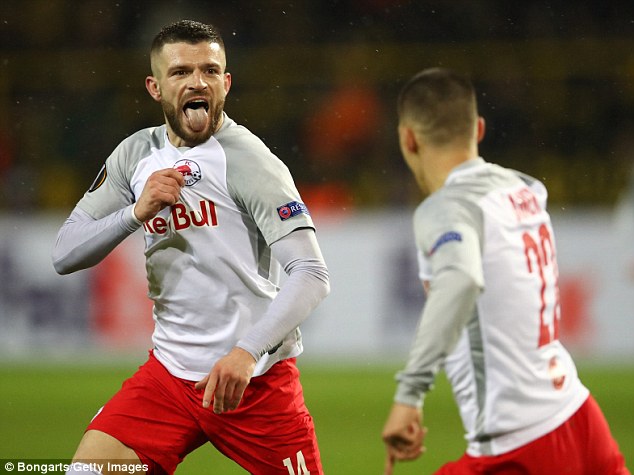 La Repubblica claim Lazio are still keen on RB Salzburg’s midfielder Valon Berisha. The Kosovo international is said to be available for 7 million euros, although the player’s reported unwillingness to play in Italy and DS Igli Tare’s relationship with SEG could be viewed as obstacles to overcome.

10:00 – Jordan Lukaku close to a move to Leicester City

According to Laziopress.it, the English club has offered 10 million euros for Lukaku, 5 million less than the assessment made by Lazio. However, the feeling is that the negotiation can be closed at a deal worth 10 million euros + 3 million in bonuses.

The chaos that involved Sporting Lisbon has created valuable market opportunities. This includes that of Gelson Martins. The Portuguese winger has terminated his contract with Sporting Lisbon, after the attacks on Lisbon’s training ground by a group of ultras. Pending the sentence, he is “released”. Many clubs are now interested in convincing Martins to sign, among them Lazio, Arsenal and Benfica. But there is a risk.

Read more to find out the risk.

8:00 – Di Gennaro’s talks with Parma stall because of match-fixing allegations

Lazio seeks a solution for Davide Di Gennaro. The former Cagliari midfielder, who has a contract until 2020, wants to re-launch after a bad season with many physical problems. At the beginning of June it was reported that there was talks with Bologna, but in recent days the manager of the player also had contacts with Parma. But the allegations of attempted illicit sport of some players in Parma has stopped the operation and is now in stand-by.