The battle for European competition intensifies, the battle for survival takes a significant turn, and the top two sides play out in a controversial yet thrilling match. 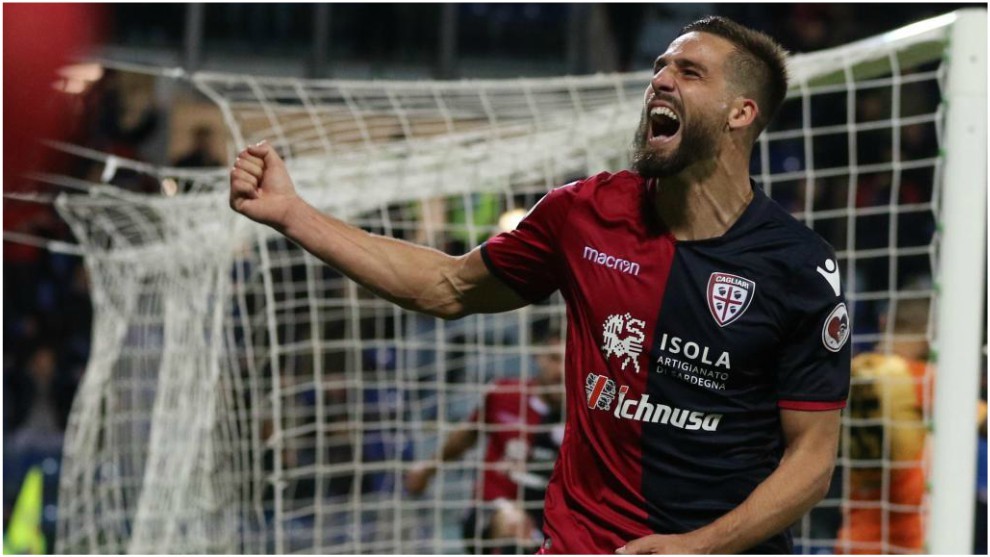 A vital and thoroughly deserved win for Gli Isolani over the Nerazzurri… From the onset, the home team pressed, pressurized and pushed the Lombardians and they did not let up until the final minute. All three goals were scored in the first half. A Luca Ceppetelli header from a set play took a deflection off Ivan Perisic and into the Inter goal. Less than 10 minutes, Inter struck back, as Lautaro Martinez scored past Alessio Cragno at his near post from a Radja Nainggolan cross. The Sardinians would not be denied, as a brilliant first volley from Leonardo Pavoletti just before the break, meant a win for the Rossoblu. Nicolo Barella missed a penalty late on, but the home team saw out the result fairly comfortably. Cagliari move nine points above the relegation zone, while Inter dropped to fourth. 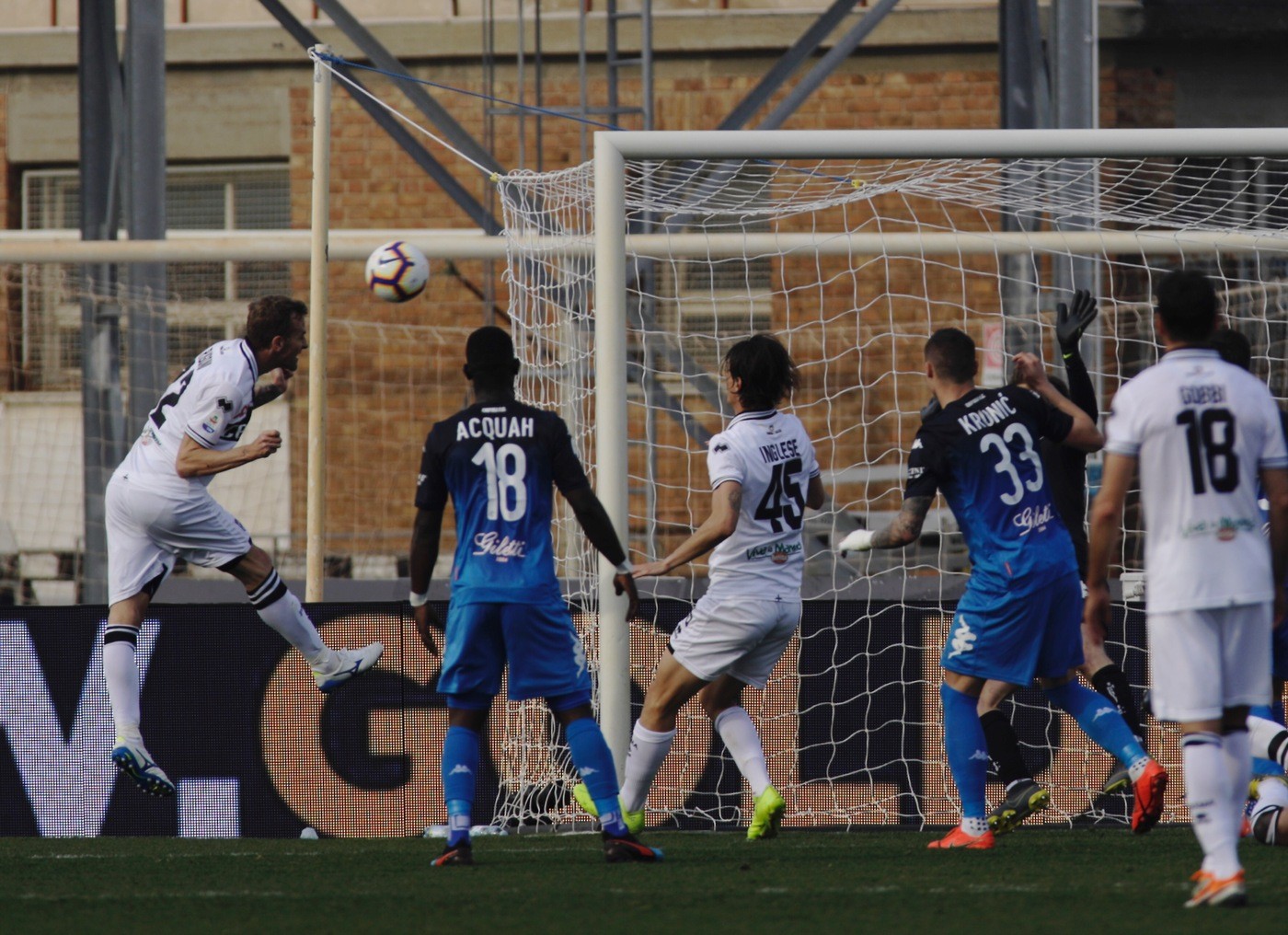 A thriller in Tuscany… Three times the Crociati took the lead, and the home side pegged them back every time.

The scoring started in the 12th minute, as a quickly taken free-kick was played to Gervinho and the Ivorian rounded the goalkeeper and slotted the ball to give the away side the lead. A few minutes later and the home team were back on level terms however, as a cross was met by Cristian Dell’Orco who was all alone to score from five yards out. The two time UEFA Cup winners took the lead again, just on the stroke of half-time, as a floated cross to the far post was met by Luca Rigoni, who ghosted in the ball to score. Parma barely played much but had a lead to take into the interval.

Empoli continued their play from the first half and tied it up again through a penalty from Francesco Caputo, after the captain himself had been fouled in the 18-yard box. The side from Emilia-Romagna took the lead for the third time, as from a corner Juraj Kucka hit a shot towards goal and it went in off a deflection from Parma skipper Bruno Alves. It needed VAR check to confirm the Portuguese was not offside and it was confirmed. This goal was scored just 10 minutes from full-time, but the home team would not lose this match. From a corner, the ball it bubbled around the Parma penalty area until it was picked up by Rade Krunic and he took a shot. It took a slight deflection from Alves and went into the goal.

A vital point for Empoli to avoid the drop, while Parma would have regrets at not having won this match after taking the lead thrice.

1. Milan did not play well, but got the win and moved up into third place.

2. Sassuolo played very well, and I expect a few clubs to look at their manager Roberto De Zerbi in the summer.

3. With two weeks until the Derby Della Madonnina, the Rossoneri will hope to keep the lead over city rivals Inter, while the Neroverdi, despite being 10 points off Europe, will keep fighting.

1. A dominant performance from the Biancocelesti over their arch-rivals is the closest we will ever see in a Derby.

2. The Giallorossi were very poor all-round, and that does not instill any confidence as they head to Porto for their 2nd leg UEFA Champions League match with a slender 2-1 lead.

3. Roma are three points off the final Champions League place, with Lazio a further three back.

4. Le Aquile manager Simone Inzaghi, so often questioned for his team’s results against the “big clubs” may look at this result as a way to approach them in the future.

A professional and solid performance from the Granata… The home team scored all three goals in the second half of this encounter against the bottom dwellers. The first was lovely one-two between strikers Andrea Belotti and Simone Zaza before the skipper unleashed a ferocious shot from 25 yards out. This strike was his eighth goal of the season. Following this, the home team struck twice more, both in stoppage time. First, a lovely curling effort from on the edge of the box by Venezuelan Tomas Rincon and second through Simone Zaza, who took the ball away from a Chievo defender to score his second of the campaign. Torino are impressively just six points off a Champions League place.

A much-needed win for the Friulians… A poor mistake from Andrea Poli – after allowing himself to be robbed of the ball – resulted in himself fouling Rodrigo de Paul in the penalty box: the Argentine duly converted the spot kick and put Udinese up 1-0. The visitors did get one back before the break with a well-worked move on the right which was finished off by Rodrigo Palacio who tapped in the ball from an Orsolini cross. The home team were much the better side in the second half and got their reward as Ignacio Pussetto headed home a cross just 10 minutes from the end of the match. Udinese moves seven points clear of Bologna, who occupy the last relegation position. 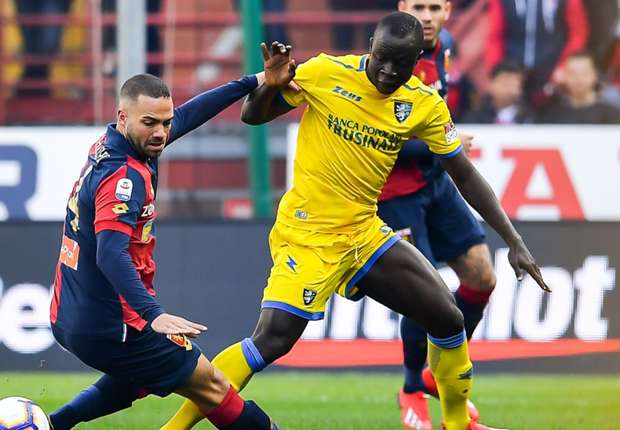 A point shared at the Marassi… The visitors went down to 10 men when Francesco Cassata made a lunge chasing a ball and he was sent off. The Grifone tried to capitalize but failed to break down the Lazio based team. Genoa are left in mid-table mediocrity, while Frosinone are running out of games for Serie A survival.

A vital win for Sampdoria’s European ambitions… Two early strikes from the man pictured above (Fabio Quagliarella), who continues to defy the odds, gave his team the early advantage in Ferrara. The first was a brilliant right-footed volley while falling to the ground and the second was a header, leaping over everyone to get to a cross. He nearly added two more with a long-range shot that hit the post in the first half and then a rasping right-footed shot in the second, that went just over the bar. There was controversy, soon after, as Sergio Floccari headed a free-kick into the goal, to give the home team hope of a comeback. However, it was ruled out for off-side; it prompted some of the home fans to walk out of the stadium in protest. Gli Estensi did get one back, before the end of the match as Jasmin Kurtic curled in a brilliant free-kick in stoppage time, but it was too little too late. Samp are eight points off a Champions League place, while Spal are just five above the relegation zone.

A comeback win for La Dea versus La Viola… Just a few days after their thrilling 3-3 draw in the Coppa Italia, this was another entertaining and exciting encounter between these two teams. However, this time, the home team came out on top. The Tuscans took the lead in just the third minute, as Luis Muriel pounced on a bad giveaway by the home team to place a left footed shot into the far corner of the net. Just before the half-hour mark, Josip Ilicic equalized however with a deflected right footed shot. The Bergamaschi scored another and took the lead soon after, and what a way to do it! Papu Gomez picked up the ball at the half-way line and went storming forward towards the Fiorentina goal. Nobody could keep up with him and he hit a lovely shot into the bottom right corner that gave Alban Lafont no chance. The home side scored a third in the second half to wrap up the result, with another well-worked goal. Lovely one-touch play on the right was finished off by Robin Gosens with a header. Federico Chiesa hit the crossbar later on, but there was no way back. Atalanta are tied on 41 points with Torino and Lazio, while Fiorentina needs more consistency if they are to qualify for Europe.

A match that ended before it really got started, was inevitably won by La Vecchia Signora… In the 25th minute, a poor piece of play from the home side gifted the advantage to Juve; a poor back pass by Kevin Malcuit to goalkeeper Alex Meret was anticipated by Cristiano Ronaldo and the young goalkeeper brought the Portuguese down. He was shown a straight red for the challenge. From the resulting free-kick, Miralem Pjanic scored one of his trademark curlers over the wall. Following this goal, Piotr Zielinski hit the post soon after off a counter on a breakaway. This was a very unlucky moment as it would soon haunt the Partenopei: the visitors doubled their lead from a corner as Emre Can was not picked up and he headed the ball home.

Pjanic was sent off after picking up a second yellow card for a handball in the second half.  It galvanized the Partenopei, and they got one back soon after when Jose Callejon met a Lorenzo Insigne cross to score from three yards out. Napoli had a great chance to equalize but missed their chance… With the use of the VAR, the referee adjudged that Alex Sandro handled the ball in the box and pointed to the spot. However, Insigne’s spot-kick cannoned off the post. Napoli pushed, but no further goals came in this clash. Their focus now turns towards the Europa League, while Juve have 10 days to turn around their European hopes.

Just 12 more rounds of Serie A TIM action remains and there is still much to play for, as teams battle for positions in Europe and for survival in the top flight of Italian football.

An important note: I must mention how impeccable the tributes to Davide Astori were. In the 13th minute of every match in this round, there was a minute of appreciation for the former Fiorentina captain and everyone from the players, managers, referees, and fans observed it with the highest order of respect.

It says all we need to know about the man…