The fight for European spots and the battle to avoid relegation highlight the mid-week matches in the top flight of Italian football.

Another poor performance from Milan… The home team basically had three chances in the first half and converted solely from the final one. Firstly, Lucas Paqueta with a long-range effort that went wide; then a lovely take from Patrick Cutrone – however, his finish was beaten away by the Friulans goalkeeper; and lastly Krzysztof Piatek – who was set up by Cutrone with a well-weighted cross – whose first time volley was saved, but was able to score with a header from the rebound. Udinese were the much better team thereafter and duly got a deserved equaliser. From a corner, in which Piatek missed a point-blank shot, the away side countered quickly. Seko Fofana found Italian international striker Kevin Lasagna and he smashed the ball into the goal. Samu Castillejo and Lasagna then missed chances for their side and there would be no more goals at the San Siro. Milan are in the last UEFA Champions League by just one point, while Udinese are two points above the drop with a game in hand.

A match that will be unfortunately remembered for all the wrong reasons… Leonardo Bonucci scored the opening goal, powering home a corner and it was smooth sailing for the defending champions after that. As the match continued to progress, Juve striker Moise Kean was subject to racist taunts from a section of the Isolani fans – disgraceful to say the least! However, he had the final say, as he scored near the end, guiding home a Rodrigo Bentancur cross to seal his team’s win. We have not heard the last of this, and we are waiting to see what the FIGC do… Juve are two wins away from confirming an eighth straight Scudetto, while Caglairi sits five points above the relegation zone.

A much needed win for Empoli… Both teams showed a firm willingness to make this an entertaining encounter and we got just that. The Tuscans took the lead, as a Diego Farias shot took a deflection off Piotr Zielinski’s hands and went into the net. The Pole however atoned for his error. Reaching the end of the first half, he hit a 25-yard scorcher to tie the game. The home team, however, struck again just minutes into the second half as Giovanni Di Lorenzo headed home a corner and they held on until the end. Empoli are in the last safe place, while Napoli’s focus is entirely on the Europa League. 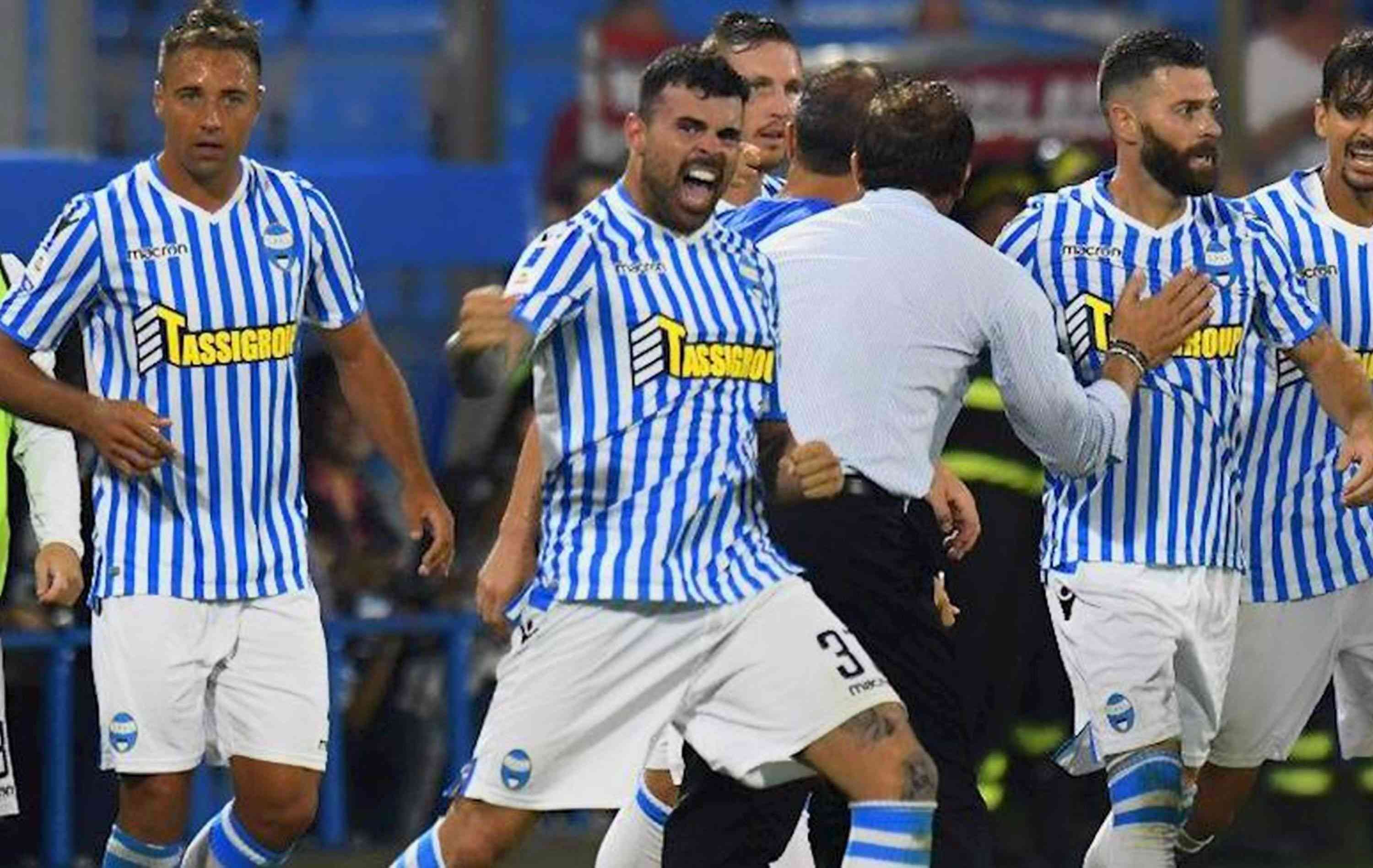 Late drama in this match in Ferrara… In the first half, Ciro Immobile and Sergio Floccari missed good chances for either side as the goalkeepers were up to the task. In the second, it was the same, with both side’s having a chance each. This time Lucas Leiva for the Biancocelesti and Mohamed Fares for Gli Estensi. However, the game did have a late winner and it was the home team that benefited; Thiago Cionek fell to the ground after running past Patric and the referee initially booked the player for the diving. However, he was alerted by the VAR officials to check the play once again. He had a second look and awarded a penalty to Spal. Andrea Petagna duly converted the spot kick to give the team a much-needed victory. Spal are now five clear of the drop zone, while despite the defeat, Lazio are four points off of the top four with a game in hand.

An end to end game won by the home team… The Lazio based side took an early lead through Andrea Pinamonti with a lovely first time finish from a cross in just the 12th minute. However, the Crociati were level just five minutes later through Antonino Barilla, who’s left footed shot took a deflection into the goal, after the ball had ended up to him from a cross. In first half stoppage time, Frosinone again took the lead through Luca Valzania with a lovely curling finish in the top of the goal, being set up by Pinamonti. Yet again though, the away side tied the game up through a Fabio Ceravolo penalty. Then, madness in the final minute! Frosinone protested for a penalty, were denied, then a Parma defender made a foul in the box in the same play, the ref pointed to the spot, and after almost 10 minutes, Daniel Ciofani finally took the penalty, scored and gave his team the lead for a third time and the win. It is probably too late for Frosinone to avoid the drop, while Parma are just too inconsistent. 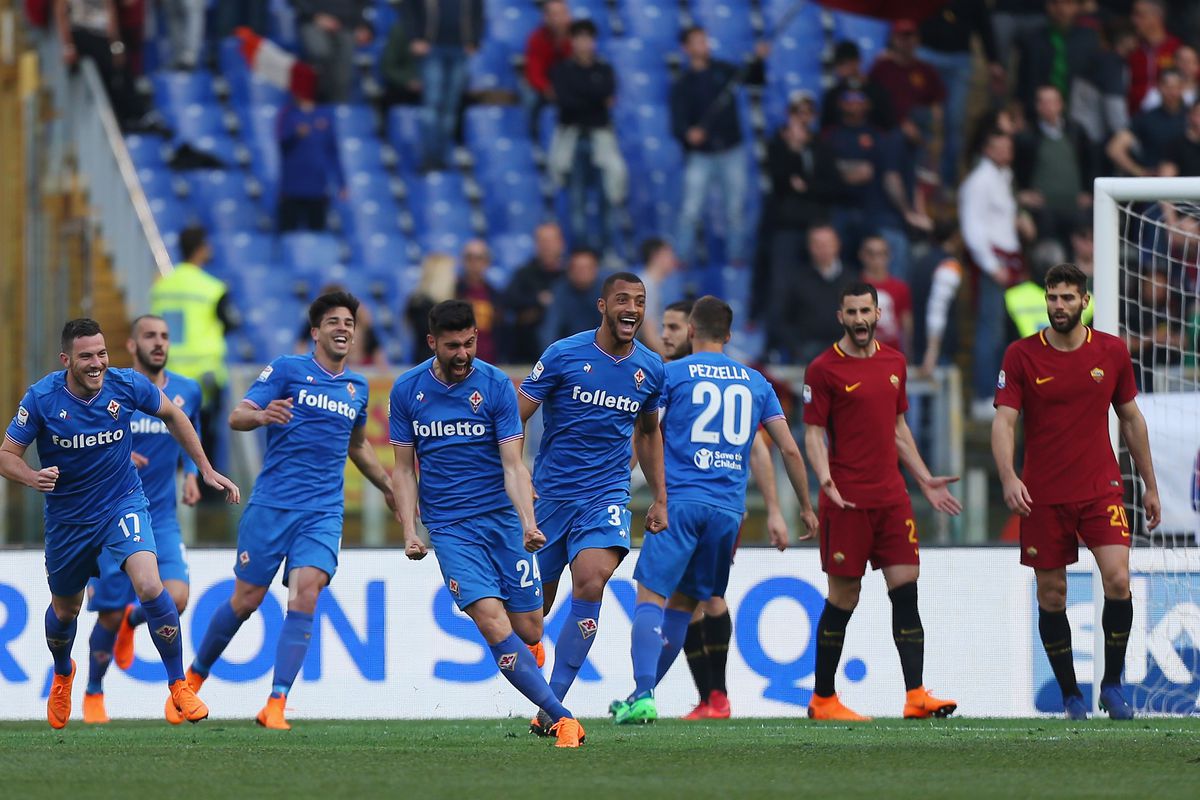 A draw that does neither team any good… La Viola took an early lead through German Pezzalla, who scored with the perfect header from a corner. However, less than a couple of minutes later, the Giallorossi were level through a header as well, as Nicolo Zaniolo rose high to head home a Justin Kluivert cross that hit the post and just crossed the line. The Tuscans took the lead again early on in the second half as Gerson, on loan from Roma, scored a left footed shot that took a deflection from Juan Jesus. Yet again though, il Lupi struck back, this time through Diego Perotti who hit a ferocious first timer. There would be no more goals; Roma are still incredibly just four points off fourth place, while Fiorentina are just barely in the Europe League chase.

It had to him… Mauro Icardi! It was however Roberto Gagliardini who opened the scoring for the Nerazzurri as he hit a first time left footed shot from a cross. It was time for the returning Argentine to leave his mark. Firstly, after being sent through by Radja Nainggolan, he hit the post, however, not too long after, on a a breakaway, he was pulled down by Christian Romero in the penalty area, the Genoa defender was sent off and Icardi stepped up to score the spot kick. Cue the celebrations. The 26-year old then turned provider, sending Ivan Perisic through, and the Croatian made no mistake. Il Biscione completed the route, when Gaglaiardini grabbed his second with a header from a corner, that was confirmed with the use of goal line technology. Inter stabilise their Champions League place, while Genoa are sitting comfortably in mid-table. 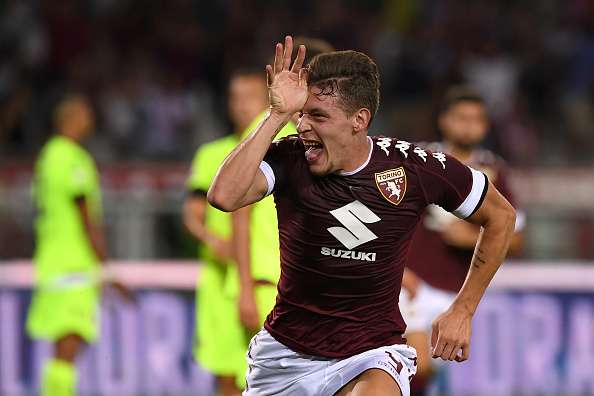 A vital win for Torino in the European battle… It was all about Andrea ‘Gallo’ Belotti who has found his form. His first goal was from a floated cross from Lorenzo Di Silvestri, and his second was on the stroke of half-time: Cristian Ansaldi crossed the ball into the area, it was partially cleared, but the former Palermo man was there to power the ball into the net. Samp got back a consolation from Manolo Gabiaddini late on, but it was not enough. The Granata leapfrog their visitors with the win. 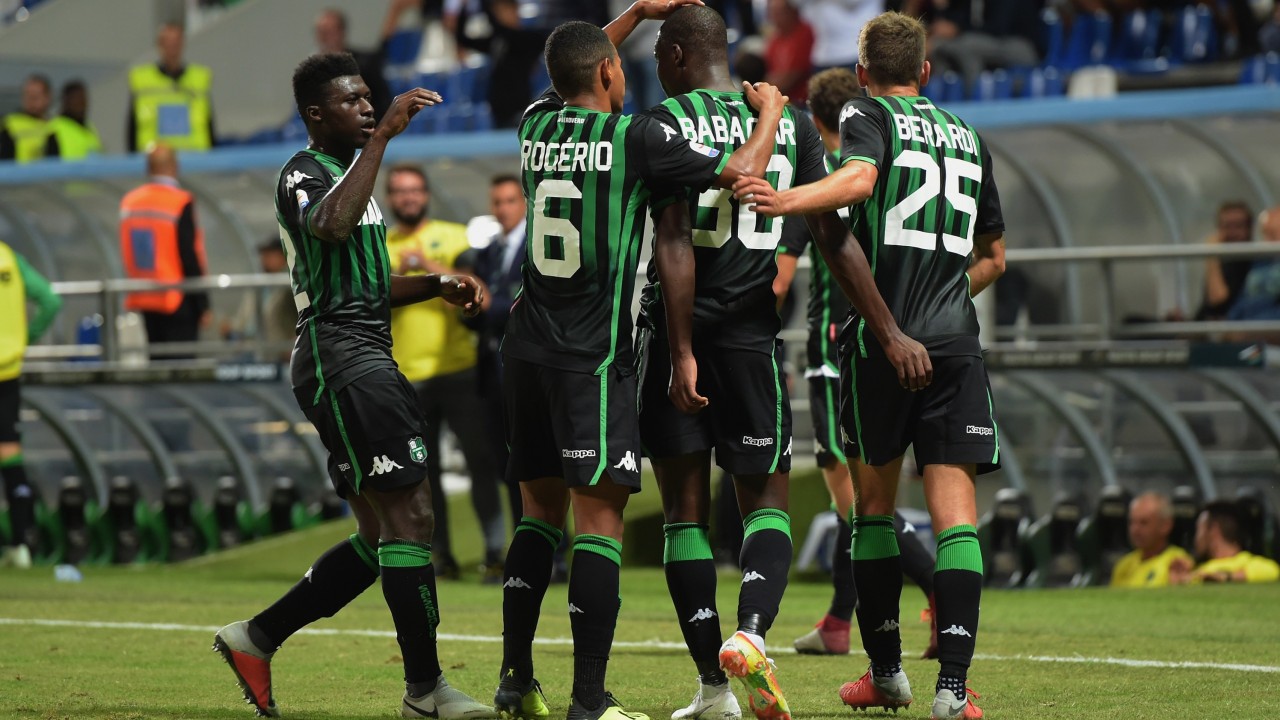 A commanding performance from the Neroverdi… Two headed goals from Merih Demiral at either end of the first half gave the home side the lead. The Turk’s first was from a Pol Lirola cross and he grabbed his second from a corner. The home team tripled their lead at the very start of the second half, as Manuel Locatelli finished off a cross from Lirola. Before the hour mark had even been reached, it was 4-0, as Domenico Berardi scored inside the box after being set up by Khouma Babacar. The Flying Donkeys missed a penalty late on; Sassuolo stays mid-table, while it’s just a matter of time before Chievo are relegated.

A four-goal blitz early on gave La Dea the win… It started with Josip Ilicic who scored a quick-fire double. His first a stunning left-footed shot that gave the goalkeeper no chance and his second was another stunning finish. This time it was with his right foot – which he usually just uses to stand on – as he beat the keeper from a tight angle. The Slovenian then turned provider, setting up Hans Hateboer, who finished a pass with a first time shot. It was soon four for the Bergamaschi as Duvan Zapata collected a ball just inside the Rossoblu half,  raced away, held off his marker, and hit an unstoppable shot into the roof of the net. Riccardo Orsolini got one back from a free-kick, but it was a mere consolation for the team. Atalanta are just one point behind Milan for Champions League, while Bologna are again back in the 18th and final relegation place…