The Rossoneri continued throwing away wins… Milan had most of the possession in the first half, but it was Parma who had the best chances. Firstly, Juraj Kucka with a spectacular overhead kick and then Gigio Donnarumma had to make an inch-perfect save on Fabio Ceravolo when the striker was going towards the goal. It was the away side that took the lead through substitute Samu Castillejo, guiding home a Suso cross that was whipped in from close range. After that, the Crociati were the much better team and they hit the post through Luca Siligardi as he rounded Donnarumma, only to see his left-footed effort off the uprights. The home team did get their deserved leveler, with a quite exquisite free-kick from Bruno Alves with just three minutes remaining. Milan are now tied with Atalanta in fourth, while Parma are seven above the drop zone. 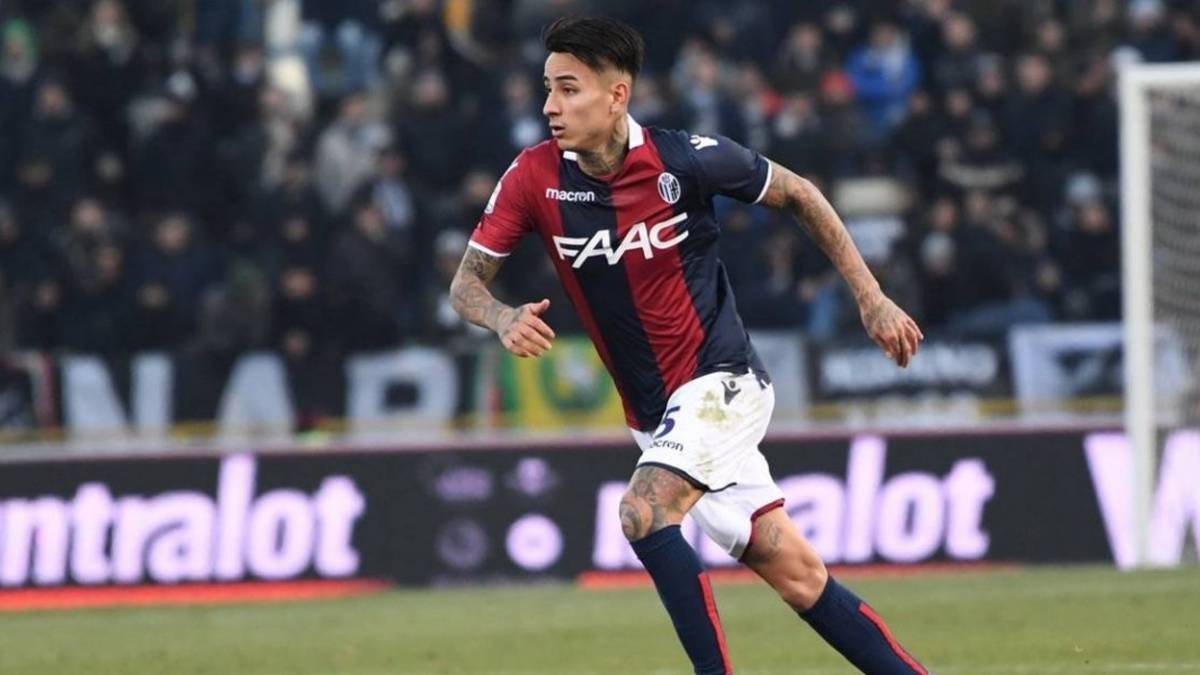 Bologna’s improvement under Sinisa Mihajlovic continued… All three goals came in the second half, as the Rossoblu were thoroughly dominant over the Ligurians. The first was an unfortunate own goal from Lorenzo Tonelli after Samp’s goalkeeper Emil Audero made a horrible error as he failed to collect a shot and it hit Tonelli and went into the goal. The second was from a free-kick from Erick Pulgar, which although it was well struck, Audero, again, could be at fault. It was again a mistake from the Italy Under-21 international that allowed the home team to triple their lead, as he basically palmed a Riccardo Orsolini long ranged effort into the goal. Bologna are five points clear of the relegation zone, while Sampdoria’s European hopes took a massive hit. 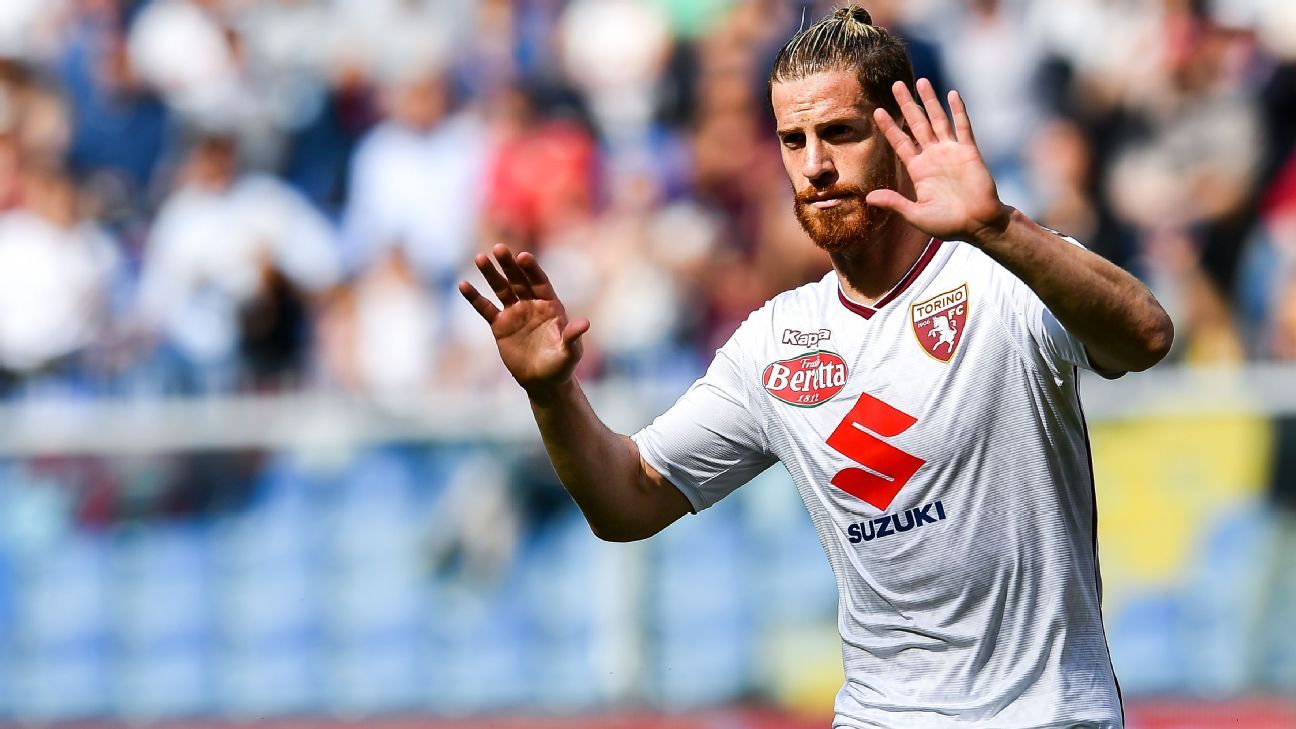 Torino’s pursuit of the UEFA Champions League is on… The Grifone were the much better team throughout this match and missed several good chances, but praise must be paid also to the Granata goalkeeper Salvatore Sirigu, who made some spectacular saves, including in the first half when he saved a Lukas Lerager header. Just before the hour mark, the away side took the lead and it was former Genoa player Cristian Ansaldi who scored it, finishing off a well-worked counter-attack, to blast home into the net. The home team continued to create chances with the best being a header from Christian Kouame that seemed destined for the back of the net, but again, Sirigu was there to make a spectacular save. Toro are three points off a Champions League place, while Genoa are just five points clear of the drop. 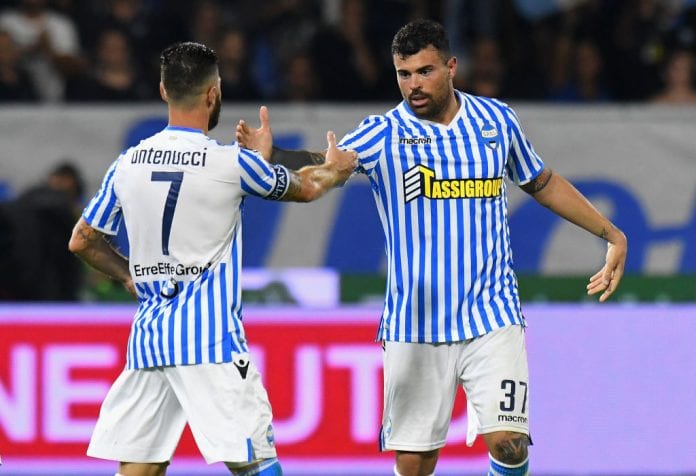 A great relegation six-pointer won by the away side… It was the Tuscans that took the lead though as Francesco Caputo scored with a close-range header from a corner. Soon after through, Spal tied the game up as Andrea Petagna converted a penalty after the referee used the VAR to determine that Sergio Floccari had been fouled. The Ferrara side then took the lead with a flying header from Floccari from a Manuel Lazzari cross. However, right at the start of the second half, the home team were back level, with a well-worked move that was finished off by Hamed Traore inside the box. The away side were not to be denied and they struck twice more to take home the win. Firstly, Petagna completed his brace, as he collected a pass from Floccari, to hit a ferocious right footed shot and then very late on Petagna played in Mirco Antenucci and the striker did the rest with a lovely shot into the top left corner of the net. Empoli occupies the last relegation spot, while Spal are nine points clear of the drop.

A vital win for the Sardinians… It was the away side that actually had two decent chances early on, but failed to convert, and they were made to pay for it as on the half-hour mark Joao Pedro converted a penalty after one of his teammates were fouled as he headed towards goal. The away side created a couple more chances – including a Leonardo Pavoletti header that was well saved by the Frosinone goalkeeper – and they also had Paolo Farago sent off, but held on for the win. Cagliari should be safe now, while it is just a matter of time until Frosinone are relegated.

A share of the spoils… The Neroverdi took the lead after a defensive error allowed Stefano Sensi and Domenico Berardi to play a one-two, and it was the former that scored with a lovely left-footed finish. The Friulians started putting pressure on the away side’s goal and got a deserved equalizer with a Stefan Okaka touch inside the box after the ball bounced around from a series of crosses. Udinese are in the last safety place by four points, while Sassuolo are in mid-table.

A massive let down for the Biancocelesti… The turning point of this match was when Sergej Milinkovic-Savic completely lost his head and kicked out at an opponent; he was shown a straight red card at the 34th minute. The already relegated Flying Donkeys played for pride and struck twice early on in the second half. First, teenager Emanuel Vignato with a lovely finish and just two minutes later Perparim Hetemaj with a header when left all alone in the box. Felipe Caicedo got one back for the Romans, but it was merely a consolation and they also had Luis Alberto sent off at the very end as well to make matters worse. Lazio are four points off the Champions League, while Chievo will just want to play spoilers for the rest of the campaign.

La Vecchia Signora confirmed their eighth consecutive Scudetto… La Viola were the much better side early on and took the lead through Nikola Milenkovic scoring into the goal after Juve’s goalkeeper had parried a Federico Chiesa cross into his path. Chiesa then hit the post after with a ferocious shot, as the home side looked rather dis-interested especially after their failure in Europe. As is so often the case, the Bianconeri got their goal, as Alex Sandro headed home from a cross to send the teams level at the interval. Soon after the re-start, the inevitable goal for the home side came as Fiorentina scored an own goal through German Pezzella. The home side created a few other chances thereafter, but the match ended 2-1 in their favor. Juventus celebrated soon after as they continue to make history, while Fiorentina look forward to the Coppa Italia semi-finals.

A vital point for both teams at the Guiseppe Meazza… The Nerazzurri were the better team in the opening exchanges, but it was the Giallorossi who took the lead, with a stunning finish from Stephan El Shaarawy. The former Milan man, collected the ball from Edin Dzeko, and dribbled around a couple of Inter defenders and shot with a lovely curling effort, that gave Samir Handanovic no chance. The home team continued to be the better side and got their equalizer, as Ivan Perisic headed home a chipped pass from Danilo D’Ambrosio. Neither team created much after that, and the match petted out. Inter are just about there in the Champions League, while Roma are one point off of Milan and Atalanta.

A comeback win from La Dea versus a wasteful Napoli side… The Partenopei dominated this encounter from start to finish, but as normally seems to happen to them, they fail to capitalize on their dominance. They did take the lead with a Dries Mertens conversion from a cross, however, they created at least five more guilt edge chances and they were made to pay for them. Mertens himself, Arkadiusz Milik, Piotr Zielinski, and others all missed chances to put the game to bed, and the Bergamaschi struck twice in the second half. Firstly, it was former Napoli man Duvan Zapata with a tap-in effort inside the box (cross from Hans Hataboer) and then the Colombian setup Mario Pasalic who scored with a calm finish. Napoli still remains in the second spot while with the win, Atalanta have a fantastic chance to join them in next season’s UEFA Champions League.

We now look forward to the Coppa Italia semi-finals, with Lazio traveling to the San Siro to face Milan (with the score at 0-0) and Atalanta hosting Fiorentina after a thrilling 3-3 scoreline in Florence.