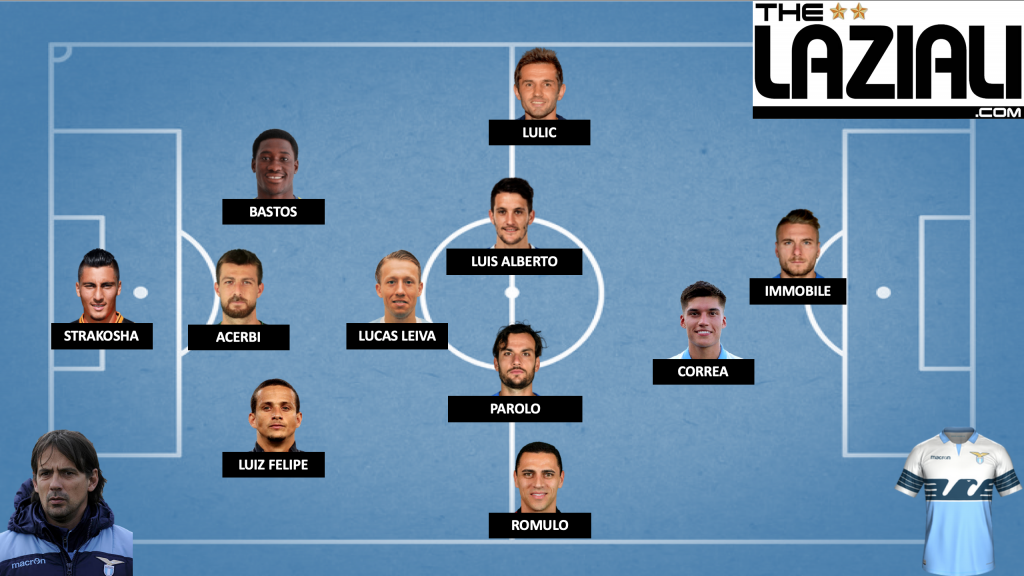 It’s now or never for Lazio. A mediocre to underwhelming 2018/19 Serie A campaign, there is still something to fight for this season, despite failing to reach the UEFA Champions League. This is the Coppa Italia, set to take place tomorrow against Atalanta at the Stadio Olimpico in Rome. The referees for the match have been decided, with Banti being the head referee, Vuoto and Manganelli being the assistant referees, Maresca being the fourth official, and Calvarese being in charge of VAR, backed up by Peretti.

Atalanta’s probable starting lineup is as follows in a 3-4-2-1 formation.

As pictured above, the probable starting eleven of Le Aquile is set in a 3-5-1-1 formation, with the personnel as follows: Thomas Strakosha will start in goal; Luiz Felipe and Bastos will play on the right and left of Francesco Acerbi; Romulo and Senad Lulic will start on the flanks with Marco Parolo, Lucas Leiva, and Luis Alberto making up the midfield trio; and Joaquin Correa will join Ciro Immobile up top in attack. The only doubts concerning this starting lineup surround the defensive pairing of Bastos-Luiz Felipe, Romulo on the right flank, and the attacking pair of Correa-Immobile. Below, the probabilities of the possible alternatives.