While both Lazio and Roma were held to draws, in Matchday 7 of the Serie A Milan won, Fiorentina continued their recent upsurge, and Juventus took the three points in the Derby d’Italia. There is now a two-week International Break, with Lazio vs Atalanta headlining Matchday 8 when calcio resumes.

The home side dominated this match and took a deserved lead at the half hour mark… Gabriel Sterfezza drove the ball towards goal from inside the box and Andrea Petagna was there to guide it home. The Ferrara team missed a few good chances thereafter, and also had Sterfezza sent off after he dived and got a second yellow card. The Crociati had one good chance, a header late on, but no equalizer came.

A win for the home side between these twinned clubs… From a corner, Marash Kumbulla rose highest to power the ball into the net. The first goal came early on and the Veronese second strike also came late on from a Miguel Veloso set-piece; on the 81st minute, the Portuguese free-kick took a deflection off the head of Nicola Murru and into the back of his own net.  Samp’s boss Eusebio Di Francesco was subsequently let go on Monday. 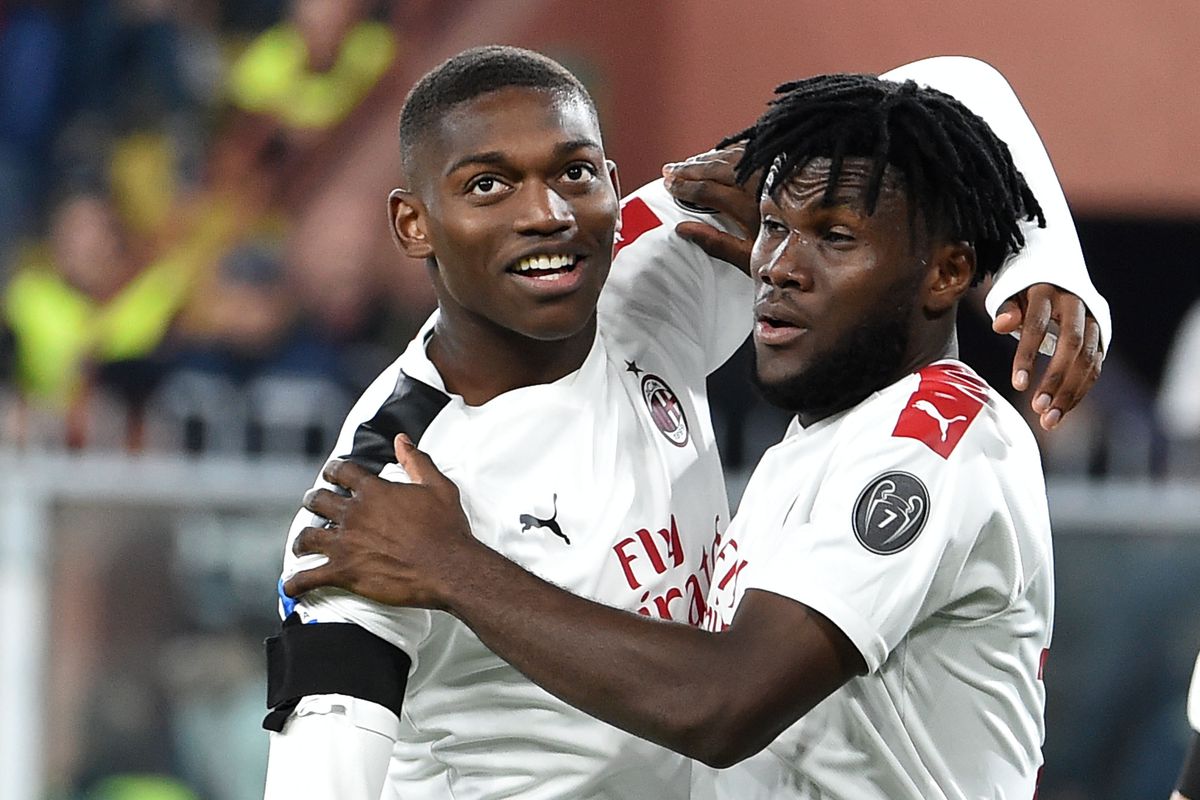 Drama at the Luigi Ferraris… The Grifone took a deserved lead through Lasse Schone as his free-kick was not collected properly by stand in goalkeeper Pepe Reina. The second half though… In an 11 minute spell the Rossoneri took the lead, first with a Theo Hernandez goal from inside the Genoa penalty area and then the away side were awarded a spot kick after the use of the VAR for hand ball. Franck Kessie stepped up and converted. Reina atoned for his earlier error as he saved a stoppage time penalty from Schone and secured all three points for Milan.

La Viola dominated this match for the most part, but had to be patient for the victory… It came in the 72nd minute, as Nikola Milenkovic rose above all else to head the ball into the net from a corner. That’s a third straight win for the Tuscans.

La Dea took the lead through Duvan Zapata after great work on the left-wing from Robin Gosens. The home side doubled their lead after a lovely one-two between Zapata and Papu Gomez and it was the Argentine that finished off the move with a left footed strike. Gosens got a deserved goal of his own, as he ran onto a pass from Josip Ilicic and made no mistake with a left footed shot. 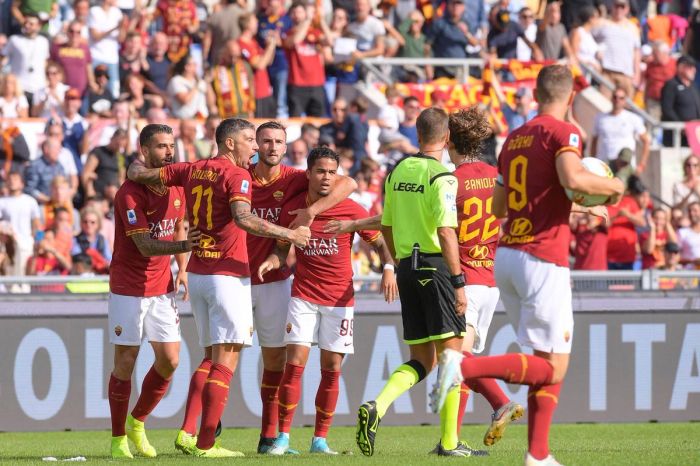 Two goals in the space of five minutes in the first half meant a share of the spoils for the Giallorossi and Sardinians… With the use of the VAR, it was the Isolani that took the lead through a Joao Pedro penalty from a handball. The away side then put the ball into their own net, as a cross from the right was guided home by Cagliari defender Luca Ceppitelli. The home team thoroughly dominated this encounter thereafter, but could not get that second goal, including a Nikola Kalinic conversion that was ruled out for a handball.

The Biancocelesti fought back twice in the first half to earn a draw in Emilia-Romagna… On the 20th minute mark the home team took the lead with a header from Ladislav Krejci. Less than three minutes later the away side tied it up with a Ciro Immobile strike with a low drive after great build up play from Senad Lulic. The Rossoblu again took the lead and were again pegged back soon after. Rodrigo Palacio bundled home the ball after a shot had hit the post; Immobile got his brace after running on from a Luis Alberto pass to score with his left. Each side had a player sent off to have a share of the points.

A scoreless draw in a match where both teams did not really create that much… Both team’s goalkeeper’s were only really tested once each in an encounter, where the side’s looked devoid of ideas.

A Derby d’ Italia that lived up to billing… The Bianconeri were the dominant side for the most of the game at the Giuseppe Meazza and took an early lead, as Paulo Dybala ran onto a Miralem Pjanic pass to hit a powerful left footed effort past Nerazzuri defender Milan Skriniar and goalkeeper Samir Handanovic. Before the 20th minute mark, it was all tied up, as Lautaro Martinez scored from the spot after Matthijs de Ligt elbowed the ball from a cross. Stefanso Sensi had to come off just after the half an hour mark and that dented the home side’s ability and it showed. Both teams traded jabs, but it would be the eight time defending champions with the decisive blow. A quick passing move was finished off by Gonzalo Higuain 10 minutes from full-time and the Biscione were dead and buried. Matias Vecino had an effort inside the box saved from point-blank range and the Piedmont side went home with the points.