Vincenzo Paparelli: Death in the Terrace

October 28th, 1979 was a gloomy fall day by all accounts. A leaden grey sky threatened rain. It was also Derby day in Rome. The Capital derby is one of the most passionately felt and hotly contested in the world, certainly the most volatile in Italy.

On that day, Vincenzo Paparelli, 33-year-old father of two, a mechanic by trade and Laziale was in the stands for the match with his wife Wanda. He had been given the ticket by his brother who could not make it. He sat in the Curva Nord eating a sandwich an hour before kickoff.

In the lead up to the match, as both fans traded insults, Roma fans in the Curva Sud launched two nautical flares in the direction of the Lazio fans at the opposite end. Neither hit their intended targets. The third traversed the entire field from end to end and hit Vincenzo Paparelli directly in the left eye. The man slumped over, blood splattering on several of the fans immediately around him including his wife who cried frantically for help.

Witnesses say that as fans attempted to escape in panic one stepped forward and attempted unsuccessfully to extricate the flare. Other accounts say his wife attempted to pull the flare out herself. In a gruesome scene, bystanders described how the flare, which had penetrated through to Paparelli’s brain continued to smolder as he lay dying – his wife begging him to stay alive – “You can’t die, Vincenzo, you can’t leave me alone! We have two children.”

A doctor who attempted to save Paparelli’s life described the carnage as something unseen even on a battlefield. An article two days later in Il Messaggero described the flare as more of a ‘mini-bazooka’. 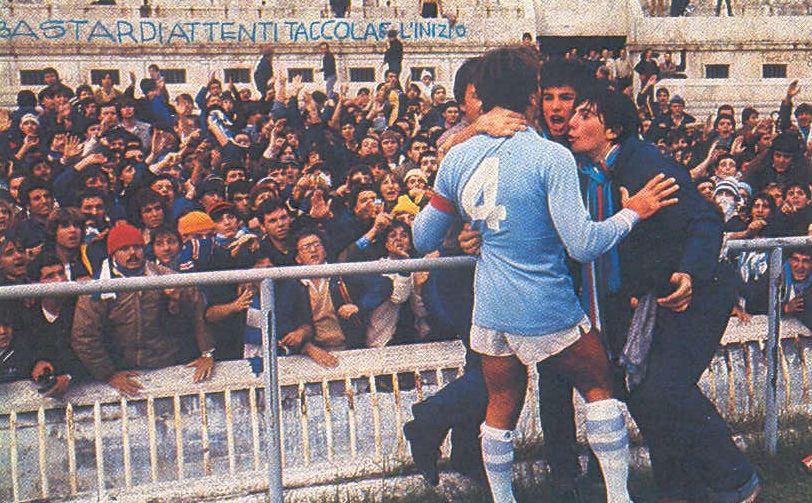 The game went on despite chaos in the stands. Lazio fans repeatedly tried to invade the pitch and stop the match. Projectiles of every kind rained down. Police struggled to keep order. Only the intervention of Lazio captain Pino Wilson and Bruno Giordano managed to calm the most inflamed Lazio fans enough to persuade them to finish the game. They feared that stopping the game would only lead to an eruption of violence outside the stadium.

It took authorities little time to identify Giovanni Fiorillo, an 18-year-old Roma ultra and unemployed painter as the perpetrator. But Fiorillo had fled well before the police were able to apprehend him. His accomplices helped identify him and, in tears, confessed to assisting in the act of firing the flares.

Fiorillo made it to Switzerland, where he is said to have contacted the brother of Vincenzo daily to beg forgiveness. He returned to Italy and gave himself up to police two years after the incident and was sentenced to almost seven years in prison. His two accomplices faced sentences of four and a half years each.

Fiorillo died in 1993 under uncertain conditions, his life was broken by drug abuse and disease. Before dying he wrote letters to the family of Paparelli asking for forgiveness – the family obliged.

Almost forty years after his death – the only recorded murder of a fan inside an Italian soccer stadium, Paparelli is remembered by the Lazio faithful. A plaque stands outside the Curva Nord to remind those who do not know his story. 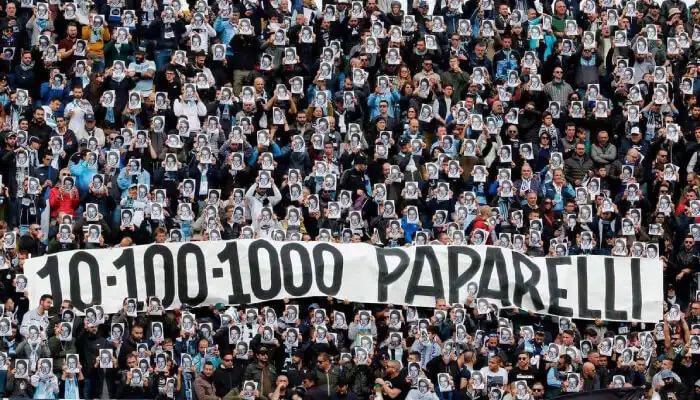 And yet, disturbingly, there are those who have resorted to using his name in a macabre and shocking attempt at stadium banter. ”Paparelli you’re missing all the good times,” a sign in the Curva Sud read. 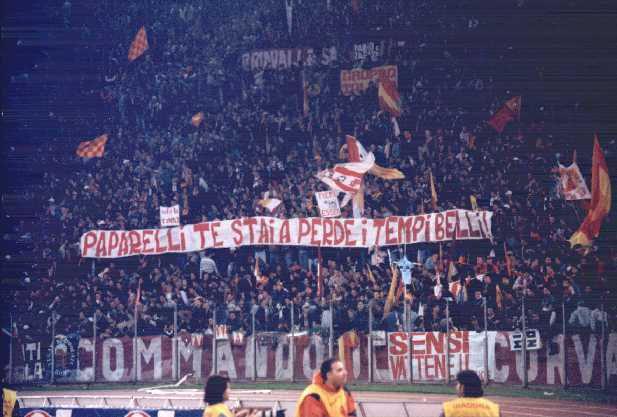 Graffiti in the wake Lazio’s historic May 26, 2013, Coppa Italia derby win declared: “Better a cup in the face than a flare in the eye”. It is said that people who forget their history are doomed to repeat it. But what about people who refuse to respect it? 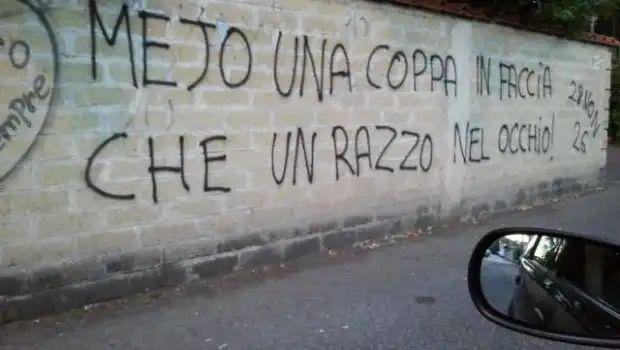