Matchday 9 of the 2019/20 Serie A saw the top three all drop points, both Roman clubs win by the same margin, and Thiago Motta wins in his first game with Genoa.

This match was back and forth for the most part but the Neroverdi just shaded it and collected three points with a fantastic strike. Filip Duricic collected the ball from 25 yards out and unleashed an unstoppable right-footed effort that gave the home side’s goalkeeper no chance.

A game of two penalties… The Bianconeri missed several chances in the first half but took the lead after a rash tackle gave them a penalty. Paulo Dybala stepped up and converted from 12 yards out. The Salenti got their own just five minutes later, as De Ligt handled the ball and Marco Mancosu put the home team level. Federico Bernadeschi missed a wide-open goal, as he rounded the goalkeeper and hit the post, and the match ended in a draw. 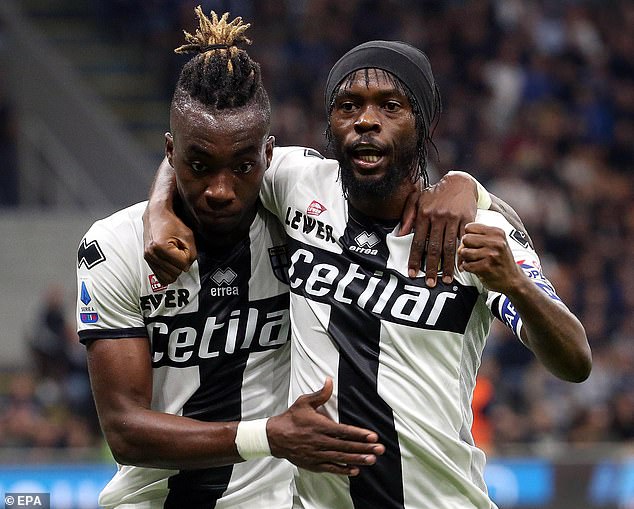 A thrilling encounter at the Giuseppe Meazza… Three goals in the first half-hour gave the Crociati a 2-1 lead away from home. Antonio Candreva gave the Nerazzurri the lead with a strike that took a deflection. However, Parma struck back, as old boy Yann Karamoah picked up a loose ball and took on the entire defense before unleashing a ferocious shot from just outside the box. The French man then set up Gervinho on the counter for the Ivorian to calmly right foot the ball into the goal. Less than five minutes after the break, the home team leveled matters as Romelu Lukaku finished off a cross from Candreva, that was initially ruled out for offside, but was given with the VAR. 17-year off Sebastian Esposito just missed with a brilliant volley from a corner and the game ended with a share of the spoils. 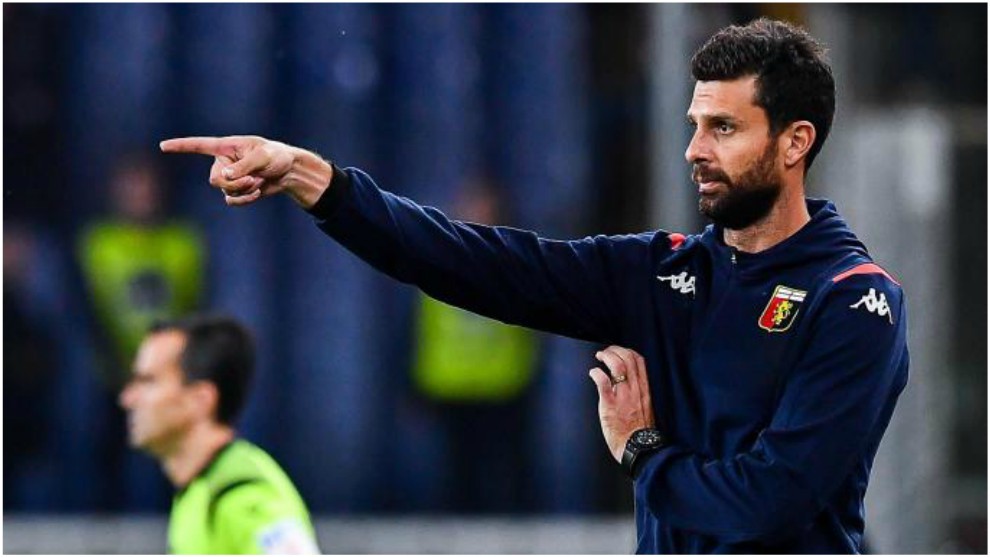 A superb second-half performance from the Grifone in Thiago Motta’s debut as a first-team manager… The Lombardians took the lead with a brilliant free-kick from Sando Tonali from an almost impossible angle. Motta made tactical (and player personnel) changes at the break and they paid off, as all three substitutes found the back of the net. Firstly Kevin Agudelo with a neat left-footed finish inside the box, 10 minutes later Christian Kouame with a worldly overhead kick and lastly Goran Pandev with a run and finish with his customary left foot. Stunning! 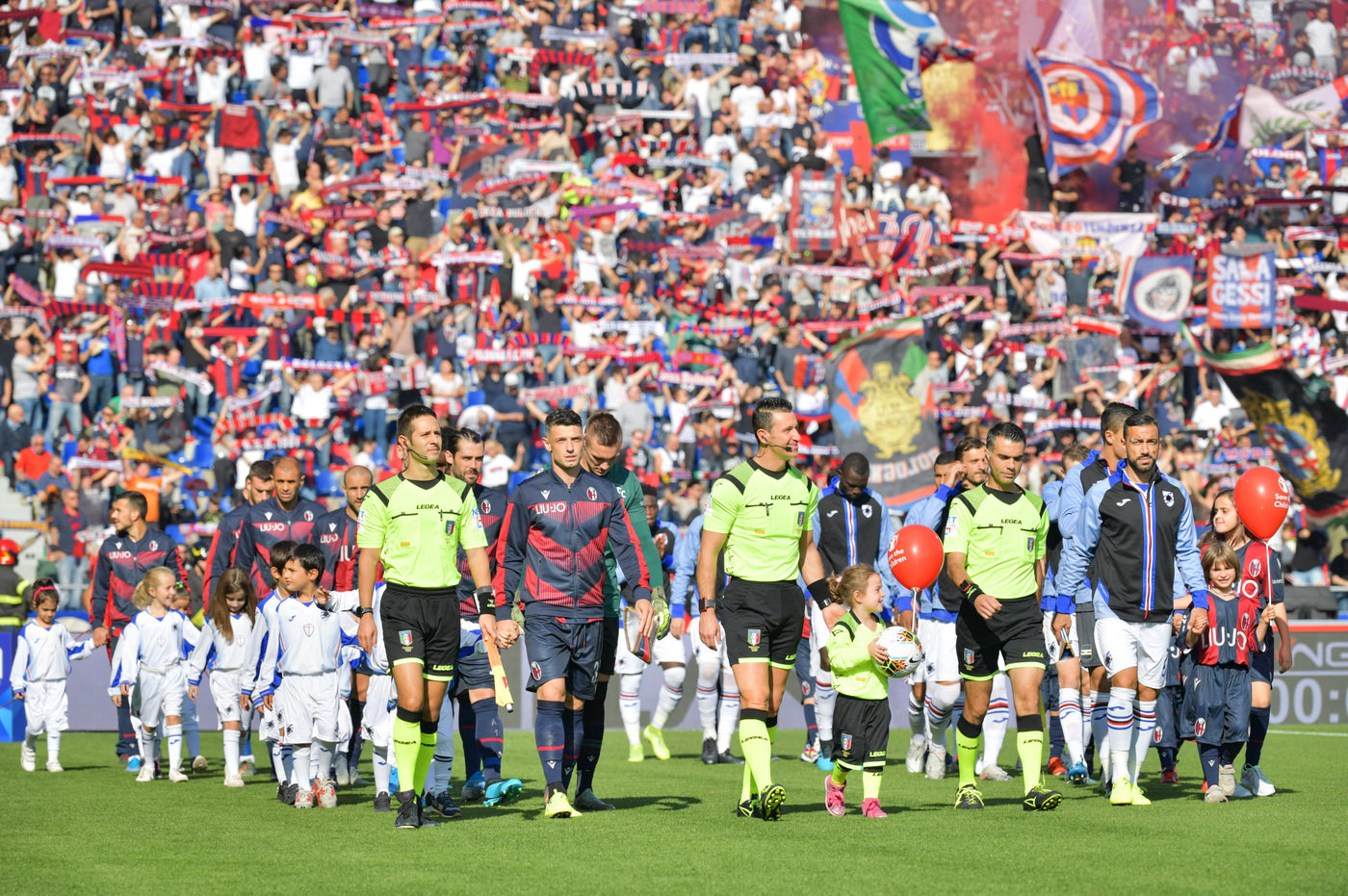 A win for the Rossoblu in Sinisa Mihajlovic’s first game on the bench… All the goals came in the second half, the first of which was scored by Rodrigo Palacio who finished off a move from Roberto Soriano. However 15 minutes later, Samp was level with a fantastic Manolo Gabbiabini goal with his left foot from all of 25 yards out. The home side would not be denied, as Mattia Bani scored from close range from a corner.

A goal from either side in the first 15 minutes meant a share of the points… The Partenopei struck first through Arkadiusz Milik’s goal from outside the box with a powerful left-footed shot. The Ferrara team equalized with a first time finish from Jasmin Kurtic, after nice work on the right-wing from Strefezza. No more goals thereafter.

The Isolani continued their good form with a solid point in Piedmont and took the lead after new boy Nahitan Nandez blasted home the ball after it bounced around in the box. The Granata managed to draw level after Simone Zaza finished off after brilliant work from striker partner Andrea Belotti.

Total domination for La Dea… It was, however, the Friulians who took the lead, as Stefan Okaka pounced on an error at the back from the home team. It was all the Bergamaschi after though… Josip Ilicic restored parity, as he finished from a Marten de Roon pass. The Slovenian won a spot-kick soon after, that was converted by Luis Muriel. Ilicic got his second after scoring after a mad scramble inside the box. Skipper Papu Gomez set up Muriel and Mario Pasalic after the interval to make it 4-0, but more was to come. Muriel completed his hat-trick with a penalty. With less than 10 minutes to go, 17-year old Amad Traore scored with a well taken left-footed finish from outside the box. Can Atalanta play like this in Europe?

An important win for the Giallorossi… The home team took the lead after Edin Dzeko headed home as he was all alone inside the six-yard box from a corner. The Rossoneri restored parity with a well-taken finish from Theo Hernandez as he collected a Davide Calabria cross. However, the right-back was at fault for giving away the ball for the home team’s winning goal. He passed it to no man’s land, was picked up by Dzeko, whose pass was deflected to Nicolo Zaniolo, and the starlet slotted the ball home to keep the three points in the eternal city.

A hard-fought win for the Biancocelesti in Tuscany… Joaquin Correa gave the Romans the lead, as he rounded the La Viola goalkeeper after neat work from Ciro Immobile. A few minutes later the home tied the game up, as Federico Chiesa powered home a Franck Ribery cross from the left. Late on it was that man again Ciro Immobile that won the game for the Eagles, as he met a Jordan Lukaku cross to give his club a first win in four matches.

There is a midweek round of Serie A matches, highlighted by a monster European clash: Napoli host Atalanta.