Matchday 11 of the 2019/20 Serie A saw the Derby d’Italia rivals pull away at the top of the table, Cagliari and both Roman teams continuing good form, and more incidents of racism…

A home win in the Derby del Sud… The Giallorossi took an early lead, as Nicolo Zaniolo continued his hot streak with a bullet left-footed strike from just outside the box. Roma had the chance to double the lead soon after, but Alex Meret made a brilliant save from an Aleksandar Kolarov penalty. However, the Lupi were awarded another 10 minutes into the second half and this time, Jordan Veretout was given the responsibility and the Frenchman made no mistake from the spot. Around the hour mark, the game was stopped by the referee for “territorial discrimination” by the Romans against their Neapolitan visitors but is shameful in itself. Soon after the resumption, Arkadiusz Milik pulled one back, but despite incessant pressure from the Campanians, no equalizer came.

All three goals in this clash came in the second half… The Rossoblu took the lead after a Roberto Soriano shot took a deflection and went over the arms of Samir Handanovic in the Nerazzurri goal. 15 minutes later and it was all tied as Romelu Lukaku tapped home after a Milan Skriniar shot was parried into the path of the Belgium striker. Into stoppage time and the away side clinched the win with a Lukaku penalty after striker partner Lautaro Martinez was fouled.

A tense Derby della Mole won by Bianconeri… Both teams had shouts for penalties and both teams created decent openings, no goals in the first half. The Granata felt that they should have had a spot-kick after Matthijs de Ligt handled the ball from a corner, but no call came and the Dutch defender promptly scored the winner with a brilliant finish from a Gonzalo Higuain knockback. Cristian Ansaldi forced a save soon after, but no goal came from the home team.

Cagliari continues to impress… At the half-hour mark, a free-kick took a deflection off Mario Pasalic and the away side was in front. Soon after, La Dea was down to 10 men after Josip Ilicic kicked out at a player and was sent off. Just before the hour mark and the Sardinians doubled their advantage after a nice move that was finished off by Christian Oliva and there was no way back for the Bergamaschi.

A comeback win for the Friulians… The Grifone took the lead through Goran Pandev with a typical left-footed strike. The away side score three thereafter though; Rodrigo de Paul with a screamer, Ken Sema with a left-footed effort and Kevin Lasagna on the counter to give the Bianconeri the points. 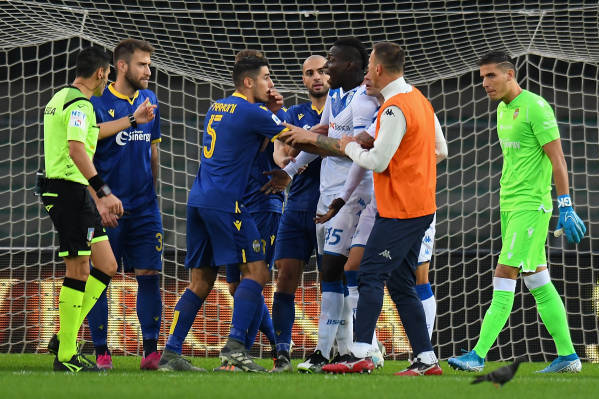 A match that will be remembered for the wrong reasons… The home team took the lead through an Eddie Salcedo header just after the start of the second half. A little while after the Mario Balotelli kicked the ball into the stands after repeated racist abuse from the Mastini and walked off the field! He was convinced to stay on after being convinced to do so by both sets of players… It is the latest in a series of such incidents this campaign and we await to see if the FIGC will act… Matteo Pessina doubled the home team’s lead, while Balotelli scored a scorcher in the last 10 minutes, but the home team took all three points. 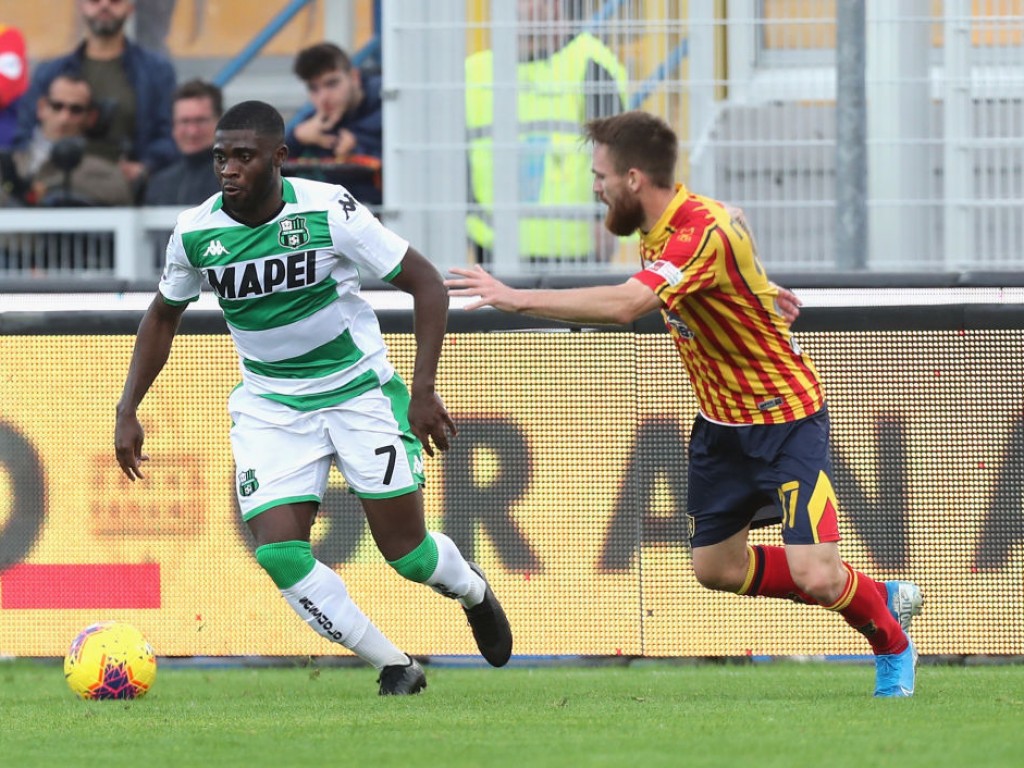 An exciting game at the Via Del Mare… The home team took the lead after a long ball from Luca Rossettini was met by Gianluca Lapadula and the striker powered it into the goal with his right foot. The Neroverdi were level after neat build-up play was finished off by Jeremy Toljan. Just before the half-time break, the Salenti took the lead with a superb free-kick from Filipo Falco. Late on Sassuolo got a share of the spoils as Domenico Berardi guided the ball into an empty net after Gabriel had stopped a Defrel shot.

Just before the interval, the Crociati scored on the counter as Juraj Kucka passed to Gervinho and the Ivorian did the rest. The home pressure paid off as Gaetano Castrovilli bullet header from a Dalbert cross left Parma goalkeeper Luigi Sepe no chance. A point apiece.

History was created by this group of Biancocelesti players as they have beaten Milan at the San Siro for the first time in 30 years in the Serie A! In an end to end game, Ciro Immobile gave the away side the lead with a well-timed header after meeting a Manuel Lazzari cross. However, it was all square, after Krzysztof Piatek met a Theo Hernandez cross and his outstretched boot on the ball took a deflection off Bastos and into the goal. Lazio was the better throughout as the game went on and took a deserved game-winning goal as Joaquin Correa collected a Luis Alberto pass to power past Gianluigi Donnarumma in goal. Milan had no answers and Simone Inzaghi did what many managers could not on Sunday night.

The home team did most of the running but it was a late header from Gianluca Caprari in stoppage time that carried the three points back to Liguria. He guided home a Gaston Ramirez header after a cross from the right side.