Matchday 13 of the 2019/20 Serie A saw contrasting wins for the top two, both Roman teams winning, and a last-minute equalizer in the Emilia-Romagna Derby.

A comeback win for the Bianconeri… The first half was completed dominated by the home side. However, a combination of a Musa Barrow missed penalty-kick and their inability to convert their chances meant the teams headed to the break scoreless. La Dea did eventually take the lead as Barrow crossed for Robin Gosens and the German powered his header home. However, a three-goal blitz in the last 15 minutes gave the away side the victory. Firstly, Gonzalo Higuain with a double. The first a deflected left-footed effort and then he finished off a Juan Cuadrado cross. Paulo Dybala got one in stoppage-time as well.

The Partenopei took the lead when a Lorenzo Insigne shot rocketed off the crossbar and Chucky Lozano was there to score with a header. The Rossoneri squared the match up when Rade Krunic set up Giacomo Bonaventura and he hit a pile driver from just outside the penalty area. The second half was mostly devoid of chances as the teams shared the points.

A commanding win for the Nerazzurri… In rainy conditions at the Stadio Grande Torino, Matias Vecino sent Lautaro Martinez through with a ball over the top and the Argentine calmly slotted the ball past Salvatore Sirigu. At the half-hour mark, the away side doubled their lead, as Stefan de Vrij was left all alone and he side-footed a Cristiano Biraghi cross into the net. 10 minutes into the second half, it was all wrapped up as Marcelo Brozovic sent Romelu Lukaku through; the Belgian completed a step over, faked a shot, and then slotted the ball home with his right foot. The Granata were never in this game. 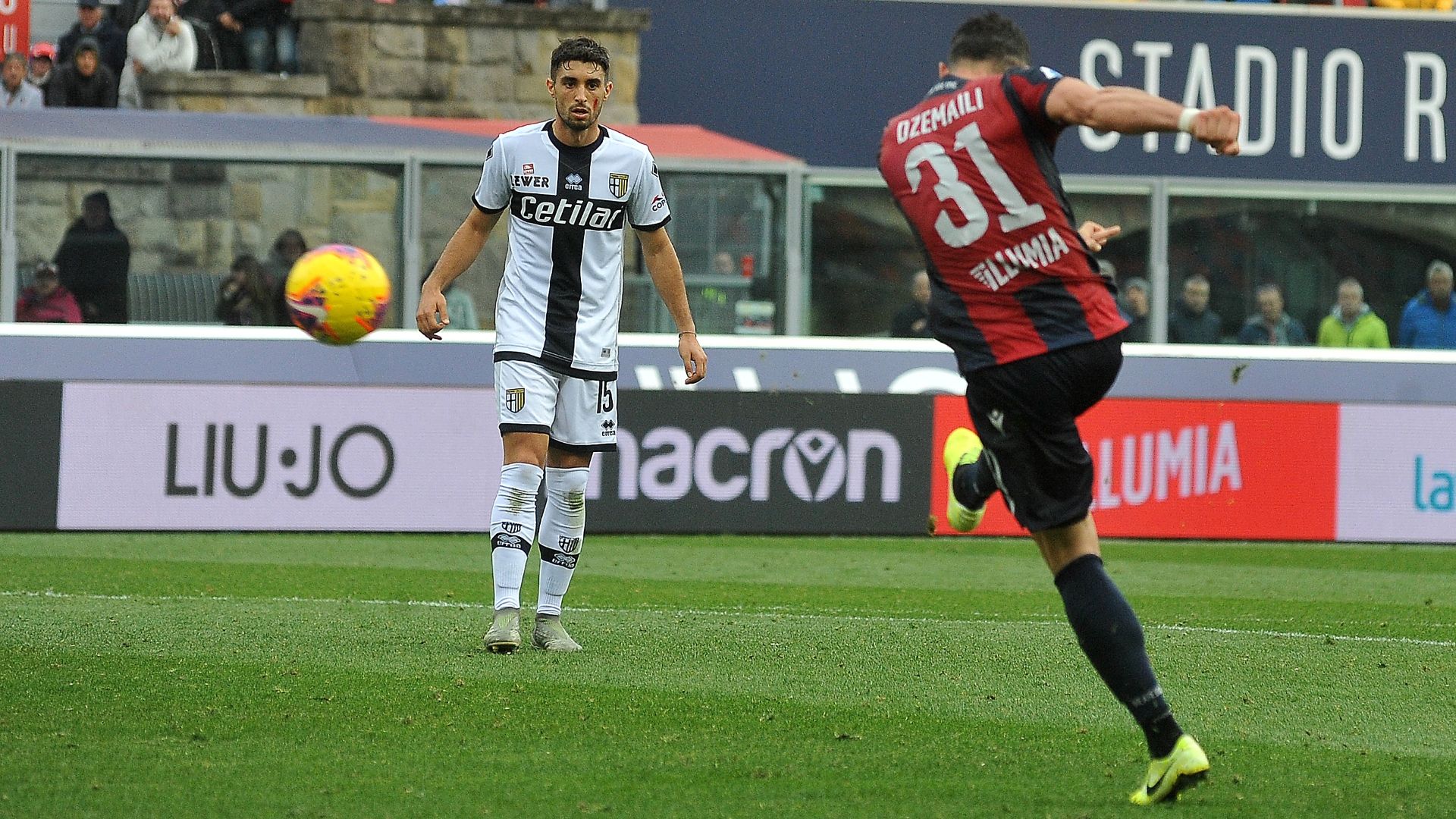 Dejan Kulusevski gave the Crociati the lead in this regional derby with a sumptuous left-footed finish from on the edge of the box. However with less than five minutes to go to the break, the Rossoblu were level when Rodrigo Palacio headed home a Riccardo Orsolini cross. The away side re-took the lead with a brilliant counter-attack; Simone Iacoponi won the ball, carried on his run and was found by Juraj Kucka and he powered the ball into the net past an onrushing Skorupski in the Bologna goal. The home team would not be denied though as Blerim Dzemaili scored a spectacular volley late on for a share of the spoils.

The Biancocelesti took the lead when Joaquin Correa fed Ciro Immobile and the Italy international’s shot crept under the Neroverdi goalkeeper. The home side tied the game up when Francesco Caputo slid home the ball from a corner. Late on in the match, the Romans took home the points as lovely combination play between Luis Alberto and Felipe Caicedo was finished off by the Ecuadorian.

Three second-half goals gave the Giallorossi a much-needed win… Firstly, Chris Smalling with a header from a cross, then the Englishman set up fellow defender Gianluca Mancini for a superb lob of the keeper to double the home team’s lead. The Lupi had two goals disallowed, but got that third with an Edin Dzeko strike from three yards out after a Smalling header.

A single goal in this encounter gave the home team the victory, as Davide Faraoni set up Samuel Di Carmine who calmly sent the ball into the far corner.

A comeback win for Samp… The away side’s goal came courtesy of Ilija Nestorovski who went right through the home team’s defense to score with a neat left-footed effort. In the sixth minute of added time in the first half, Manolo Gabbiadini hit a scorching free-kick to send the teams in level. With 15 minutes to go the Blucerchiati got awarded a penalty and Gaston Ramirez converted and they held on for all three points.

High drama at the Via Del Mare… The Casteddu took the lead with a Joao Pedro penalty after the use of the VAR. The away sided doubled their lead in the second half as Radja Nainggolan scored after Lecce failed to clear a cross. The home side got a goal back as Fabrizio Cacciatore parried the ball over with his hand, was sent off, and Gianluca Lapadula converted the spot-kick. In the aftermath, both the striker and goalkeeper Robert Olsen were sent off for a clash. In stoppage time, the home side got an equalizer as Panagiotis Tachtsidis fed Marco Calderoni and he hit a left-footed effort in the far corner.

A goal apiece in the second half meant both teams got just a point. The home team took the lead with an Andrea Petagna penalty. The Grifone equalized just two minutes later as Stefano Sturaro finished off a nice move on the right with a header.

Attention now turns to the return of European competition.