Matchday 15 of the 2019/20 Serie A saw Lazio inflict Juventus’ first loss of the campaign, Atalanta secure a valuable comeback victory, and Lecce fight back against nine men Genoa. In addition, pressure begins to mount on Sampdoria, Fiorentina, and Napoli. 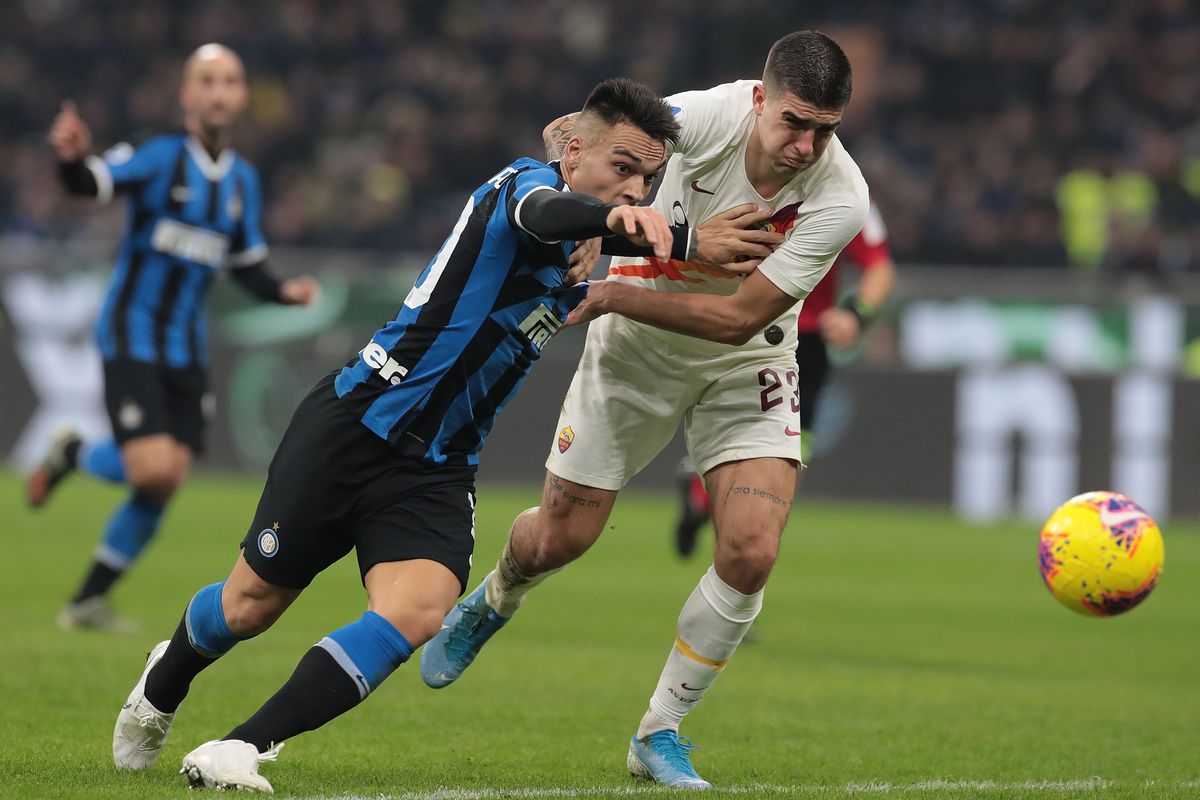 Dropped points from both sides in this Friday Night Football encounter… The best chances of the first half fell to Romelu Lukaku and Marcelo Brozovic, but a brilliant one-handed save from Antonio Mirante to deny the former and poor finishing from the later kept it scoreless at the break. In the second, Mirante denied Matias Vecino and Lautaro Martinez as he filled in admirably for the injured Pau Lopez. The Giallorossi were more focused on keeping things tight.

La Dea comeback! The away side took the lead through a quickly taken throw-in, as Samuel Di Carmine scored with a first time shot. On the stroke of the interval, Ruslan Malinovskiy struck a ferocious left-footed shot outside the box to level matters. The Veronese took the lead for a second time as Di Carmine got his brace with a sliding finish on the counter. Soon after, it was tied again as Luis Muriel scored from the spot after the use of the VAR. When it seemed that the game was heading for a share of the spoils, the Bergamaschi’s two central defenders Rafael Toloi and Berat Djimsiti combined and it was the later that scored the game-winning goal.

The home side took the lead through a counter as Stefan Fofana led the break, fed Kevin Lasagna and the captain did the rest. Napoli was the team that pressed the issue more and got a deserved equalizer as Piotr Zielinski guided home the ball into the far corner with his left foot, but no more goals were to be had.

What a performance from the Biancocelesti! It was done the hard way, as Juve took the lead through Cristiano Ronaldo after a nice build-up, the Portuguese scored from close range after being supplied by a Rodrigo Bentancur pass. Thereafter, it was mostly the home side that had most of the play and they equalized right at the end of the half. Luis Alberto floated a great cross and Luiz Felipe powered his header home. The VAR worked for a good, as Juan Cuadrado made a poor tackle and was sent off as he fouled Manuel Lazzari who was going towards the goal. Soon after the home side took the lead as Alberto was again the creator, as he fed Sergej Milinkovic-Savic, the Serb controlled the ball superbly, turned and finished off with his left foot. The Eagles could afford a Ciro Immobile double miss from a penalty and the subsequent rebound, as Felipe Caicedo scored on the counter in stoppage time to confirm the points.

A crazy game at the Via del Mare… The Grifone took a two-goal lead in the first half, as firstly Goran Pandev with a brilliant lob over the goalkeeper after he failed to clear properly. The Macedonian won a penalty that was converted by captain Domenico Criscito. I Salenti fought back through after the break… A beautiful curling effort into the top corner from Filippo Falco with his left foot and then a header from Andrea Tabanelli tied the game up. The Ligurians were down to nine men as Kevin Agudelo and Pandev got their marching orders. The home team pushed but did not get that game-winning strike. 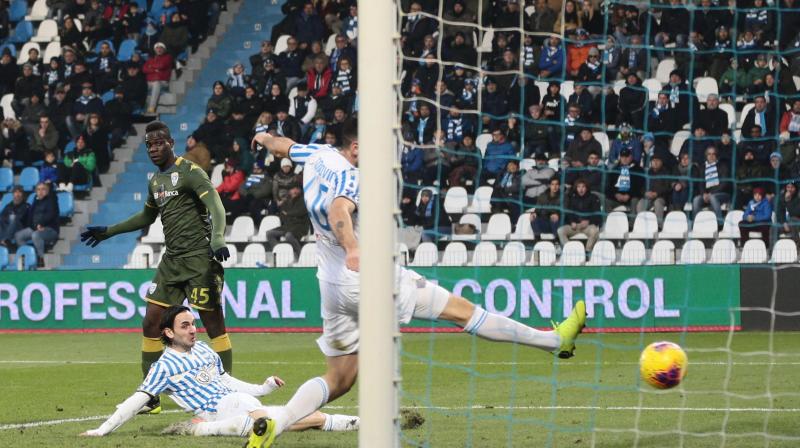 The only goal of this relegation six-pointer came 10 minutes into the second half as Mario Balotelli scored off a rebound for La Leonessa. Andrea Petagna had a penalty saved by Jesse Jaronen in the away side’s goal for a vital three points for the Lomabardians. 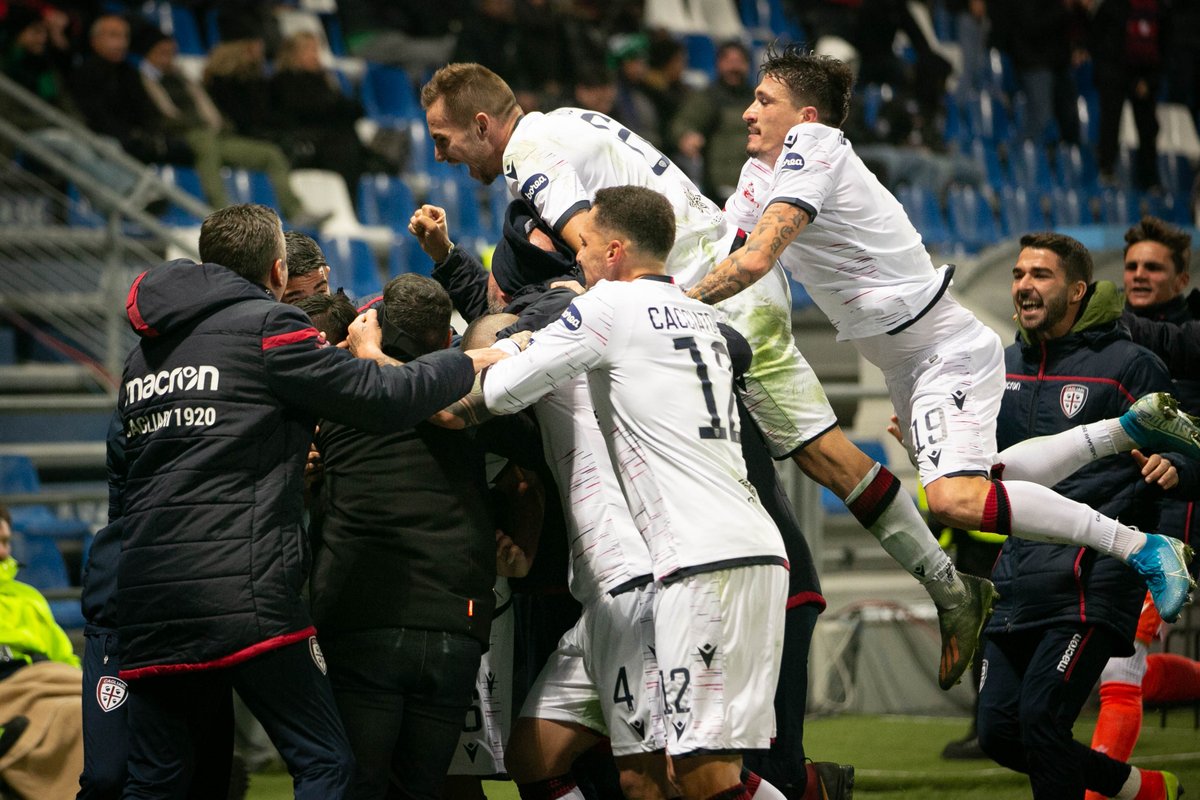 Entertainment at the Mapei Stadium… Within 30 minutes the Neroverdi took a 2-0 lead, as Domenico Berardi and Filip Duricic converted well-taken goals, but the Sardinians are not in the hunt for Europe by chance. Just five minutes after the interval, Joao Pedro header home to half the deficit. Berardi then missed a spot-kick to give the home team back a two-goal advantage as he hit the crossbar. Right at the death, Daniele Ragatzu scored a low drive at the near post that meant a share of the points. 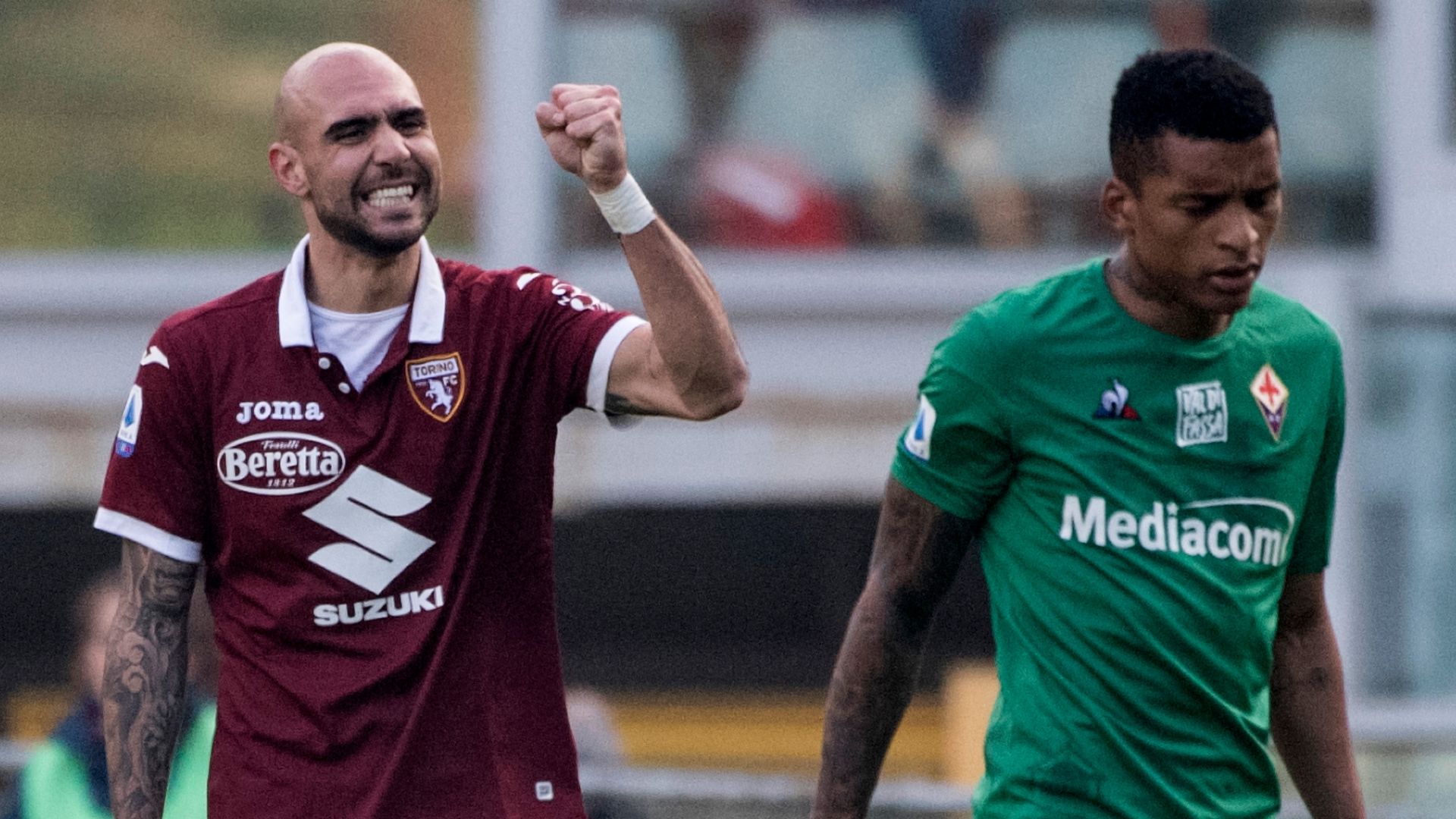 More pressure on Vincenzo Montella on La Viola’a bench… Simone Zaza scored with a header and Cristian Ansaldi scored with a left-footed effort that gave the Granata a 2-0 lead. Martin Caceres scored a consolation goal in stoppage time, too little too late.

Juraj Kucka scored the sole goal of this encounter with a flicked header from a corner, while Fabio Quagliarella had a penalty saved by Luigi Sepe to compound matters for Samp.

An exciting game at the Renato Dall’Ara… The Rossoneri took the lead through a Piatek penalty after he was fouled in the box. It was a lead that was doubled by the away side, as Theo Hernandez finished off the play after nice work from Suso. The Frenchman scored an own-goal from a corner, but the two-goal lead was restored soon after the break. Giacomo Bonaventura scored a left-footed curler after the Bologna defense failed to clear properly. The Rossoblu had hopes of a comeback, as Nicola Sansone scored a penalty after Riccardo Orsolini was fouled, but that was as close as they got.