Matchday 16 of the 2019/20 Serie A saw Brescia return to form, a late winner in the Derby Della Lanterna, an incredible comeback by Verona, and stoppage time drama in Sardegna.

La Leonessa took the lead at the half-hour mark as a cross came over, Nikolas Spalek sent the ball back across goal, and Jhon Chancellor was there to guide the ball home. On the stroke of the half, the home side doubled their advantage as the Salenti goalkeeper went in no man’s land, and Sabelli sent the ball to an open Ernesto Torregrossa to score into an open goal. In the 60th minute, the points were sealed with a lovely team goal that was converted by Spalek.

An early lead was taken by Crociati, as a throw-in beat the entire Partenopei defense and Dejan Kulusevski ran onto the loose ball to power the ball into the net. The home side thought they had a penalty, but after the use of the VAR, it was deemed that the foul took place outside the area. They did tie the game up as Arkadiusz Milik scored a header from a Dries Mertens cross. Despite the Campanian’s controlling the ball, it was the Emilia-Romagna side that got the winner; a counter led by Gervinho was finished off by the Ivorian, as he combined with Kulusevski.

In a very physical and tactical Derby Della Lanterna, it was the Blucherciati that grabbed the winner. A mistake by a Grifone defender allowed Karol Linetty to gather the ball, make a pass to Manolo Gabbiadini and the striker guided the ball home to send the designated “away” fans into mass delirium. 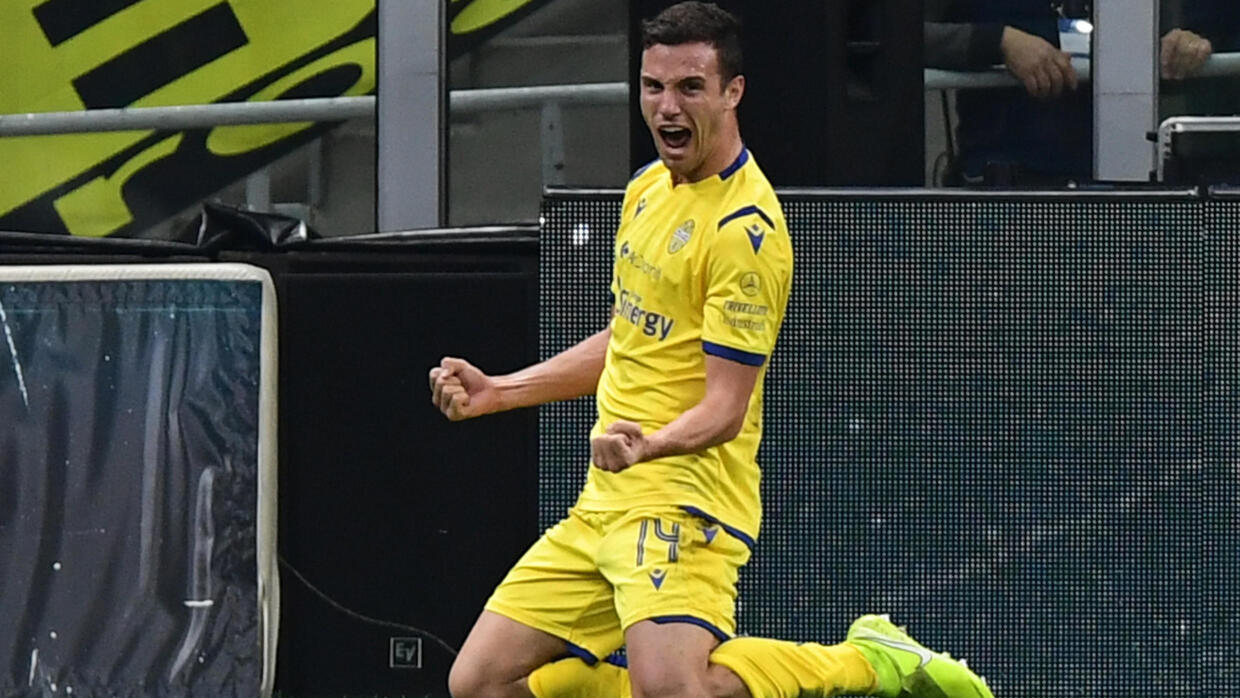 Madness at the Bentegodi! The Granata took a one-goal lead into the half-time break, as Cristian Ansaldi scored a powerful left-footed effort from a tight angle. The Piedmont side then made it a three-goal advantage within five minutes; firstly, Alejandro Berenguer with a fine individual goal and Ansaldi got his brace with a shot from outside the box from a corner. However, the home side came back! Giampaolo Pazzini with a penalty, Valerio Verre with a close-range goal and Mariusz Stepinski with a goal from a set-piece. Incredible encounter.

Incredible Gianluca Pegolo in the Sassuolo goal denied the hosts… The Rossoneri thought they had scored the opening goal through Theo Hernandez, but VAR determined that Franck Kessie had handled the ball in the build-up. In the second half, the Neroverdi goalkeeper stole the show; making several saves from Krzysztof Piatek, Hakan Calhanoglu and Giacomo Bonaventura. Rafael Leao came on and hit the woodwork twice as the away team held on for a share of the points.

The Rossoblu took an early lead as a run and shot from Riccardo Orsolini cannoned off the post and Rodrigo Palacio was there to score the rebound. The home team doubled their lead as Andrea Poli rose high to score a header from a Tomiyasu cross. At the hour mark, La Dea pulled one back as Musa Barrow fed through Ruslan Malinovskiy and he did the rest. Bologna, however, held on for the victory.

Three first-half goals and easy win for the Bianconeri… Cristiano Ronaldo got a brace; initially following up on a Paulo Dybala shot that was blocked and then he ran onto a Gonzalo Higuain pass. Leonardo Bonucci scored a header at the end of the half. The away side got an equalizer from an Ignacio Pussetto goal after the home side did not clear the ball properly. 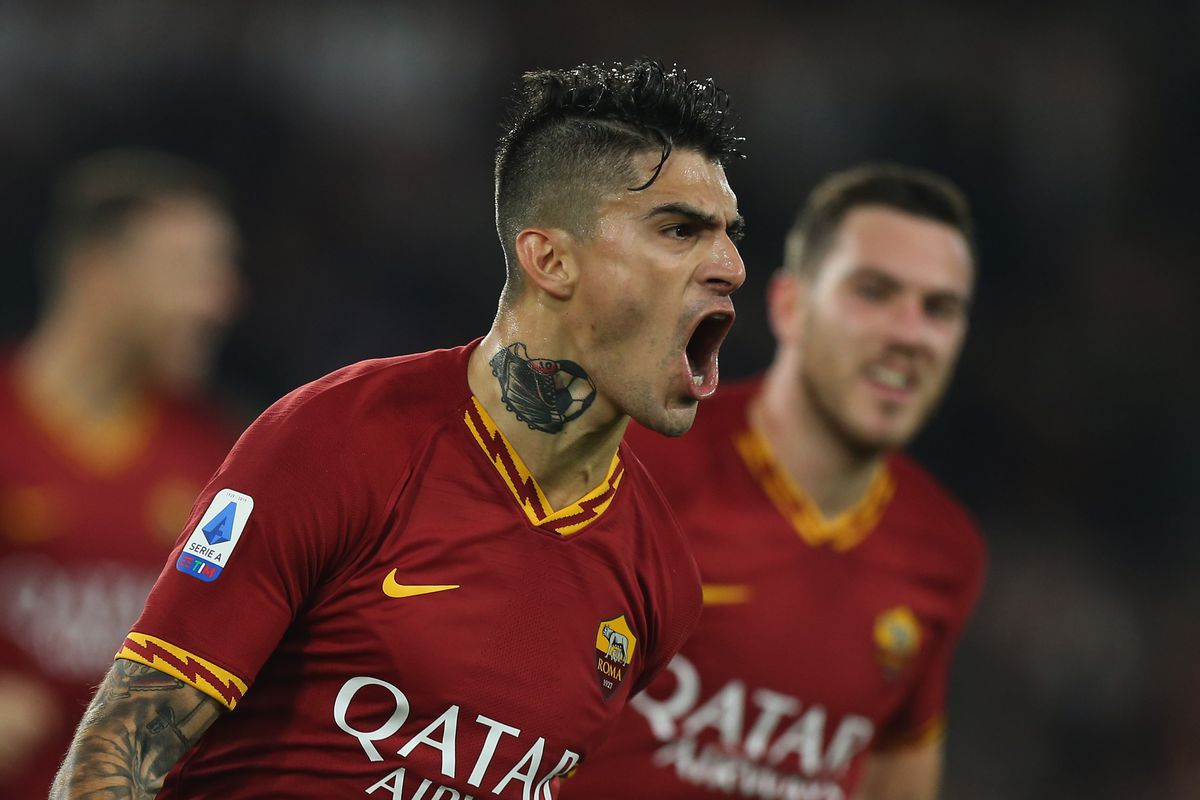 Spal shocked the Giallorossi at the end of the first half as Andrea Petagna converted a spot-kick, but the home side came back after the interval. First, it was Nenad Tomovic with an own goal from a Luca Pellegrini shot. The Roma took the lead 10 minutes later as Diego Perotti scored a penalty after Edin Dzeko was fouled in the box. Henrikh Mkhitaryan finished off a great move from the home’s team right side to make it 3-1.

This match in Tuscany had it’s most significant moments at the beginning and at the very end. Former Viola favorite Borja Valero opened the scoring for the Nerazzurri with a well taken near-post finish in just the eighth minute. Inter had a goal ruled out for offside and the home team would eventually get a share of the spoils. A clearance from Dalbert found its way to Dusan Vlahovic and the 19-year old did the rest carrying the ball from inside his own half, fought off Milan Skriniar and blasted the ball into the roof of the net.

Lazio left it late to grab a victory against the Isolani… In just the eighth minute the home team took the lead as Giovanni Simeone hit a Joao Pedro cross first time to give his team the lead. The Sardinians had two other glorious chances to increase their lead, but a Radja Nainggolan shot was saved and Simeone failed to convert from close range. They missed more chances after the break and were made to pay for those as the Biancocelesti brought themselves past their hosts. Luis Alberto with a right-footed goal inside the box and then Felipe Caicedo with a towering header, both inside stoppage time gave the Roman side the points.

There is one more round to be played before the Christmas break.