Matchday 18 of the 2019/20 Serie A saw a late winner for Lazio, Torino defeat Roma, Atalanta secure a second straight five-goal win, & Inter defeat Napoli at the San Paolo for the first time since 1997.

Mario Balotelli opened the scoring for La Leonessa versus the Biancocelesti in just the 18th minute with a turn and shot after holding off his defender. “Super Mario” had scored the first goal in Serie A of the 2010s and now had done it again in the 2020s. The away side though kept their fantastic run in recent months going to come from behind. Ciro Immobile bagged a brace, first from the penalty spot and then in stoppage time, both occasions Felipe Caicedo played a major part.

The away side struck early as a Lazovic cross was superbly put away by Giampaolo Pazzini in just the 14th minute. Spal had Nenad Tomobic sent off in the first half, and Verona wrapped up the points with a Mariusz Stepinski solo effort just before the end.

Controversy at the Marassi… The Grifone took the lead after Antonio Sanabria was fouled, but it appeared that there was very minimal contact, but captain Domenico Criscito converted the spot-kick. The Neroverdi tied the game up 10 minutes later, with a Pedro Obiang effort. Filip Druicic gave the away team the lead, but it was chalked off for a handball, though it seemed to come off the attacking midfielder’s stomach. Goran Pandev won it late on for the Ligurians with a fortuitous goal after it rebounded off the goalkeeper.

An Andrea Belotti double grabbed all three points for the Granata at the Stadio Olimpico; his first was a rasping left-footed effort from a tight angle that he cannoned into the top right-hand corner of the Giallorossi goal. The second was a well-taken penalty after the referee with the help of the VAR adjudged that Chris Smalling had handled the ball in the second half. The home team missed several chances and it was not their day.

La Viola took the lead after a brilliant volley from Marco Benassi from just outside the penalty area with his right foot. However, in the fourth minute of stoppage time, Riccardo Orsolini produced his own moment of magic with a lovely curling effort from a free-kick from a tight angle. All square here.

Four second-half goals gave the Bianconeri the win… Cristiano Ronaldo got his first Serie A hat-trick, his first after latching on to a loose ball he then rounded the goalkeeper. His second came via the penalty spot after Paulo Dybala was tripped and his third was on a break-away after being fed through by Douglas Costa. Gonzalo Higuain got himself on the score-sheet as well with a fine solo effort with a right-footed finish. 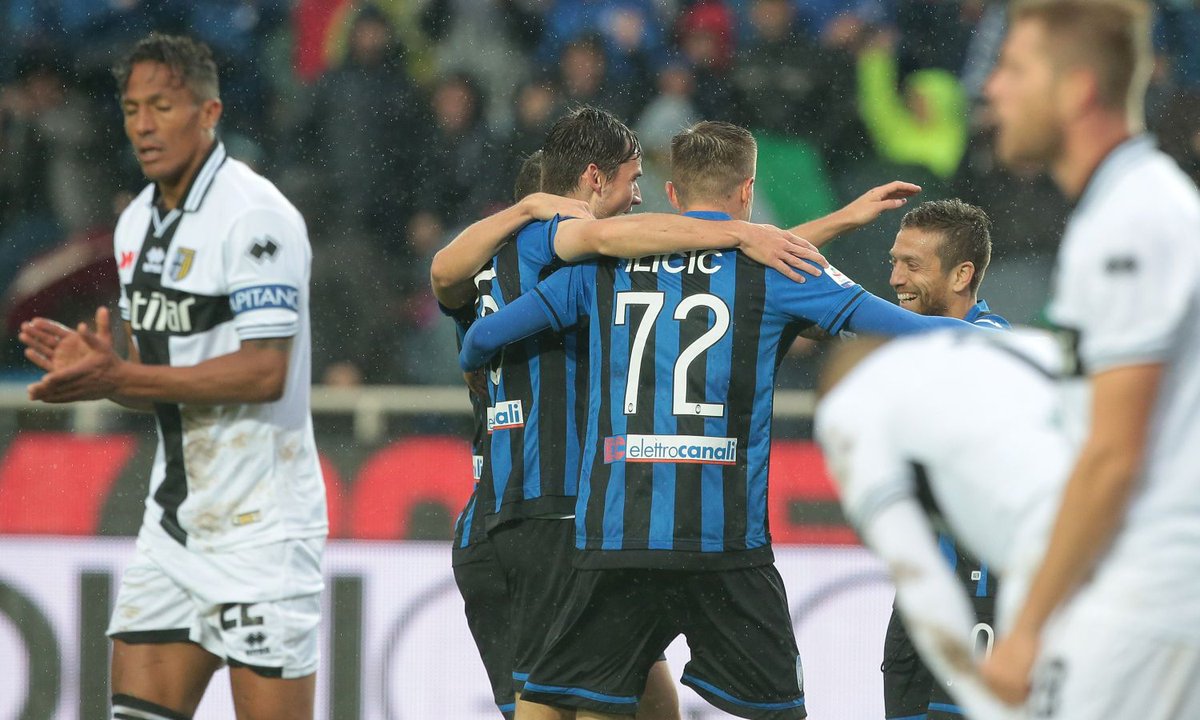 La Dea runs rampant! Captain Papu Gomez started it off with a rocket of a left-footed shot from outside the area. 20 minutes later, a one-two between Gomez and Remo Freuler was finished off by the Swiss international. Just before the interval, Robin Gosens tripled the Bergamaschi’s lead with a powerful shot after the Crociati goalkeeper Luigi Sepe had saved from Josep Ilicic. The Slovenian got a double to complete the riot, firstly with a volley and then he weaved his way through the Parma defense later on.

Both teams were mediocre in this clash at the San Siro was saw the return to Italian football of Zlatan Ibrahimovic. The Rossoneri created a few half-chances, the best of which fell to Rafael Leao who skied his effort, while the away side were content to hit on the break. A score-less game at the end. 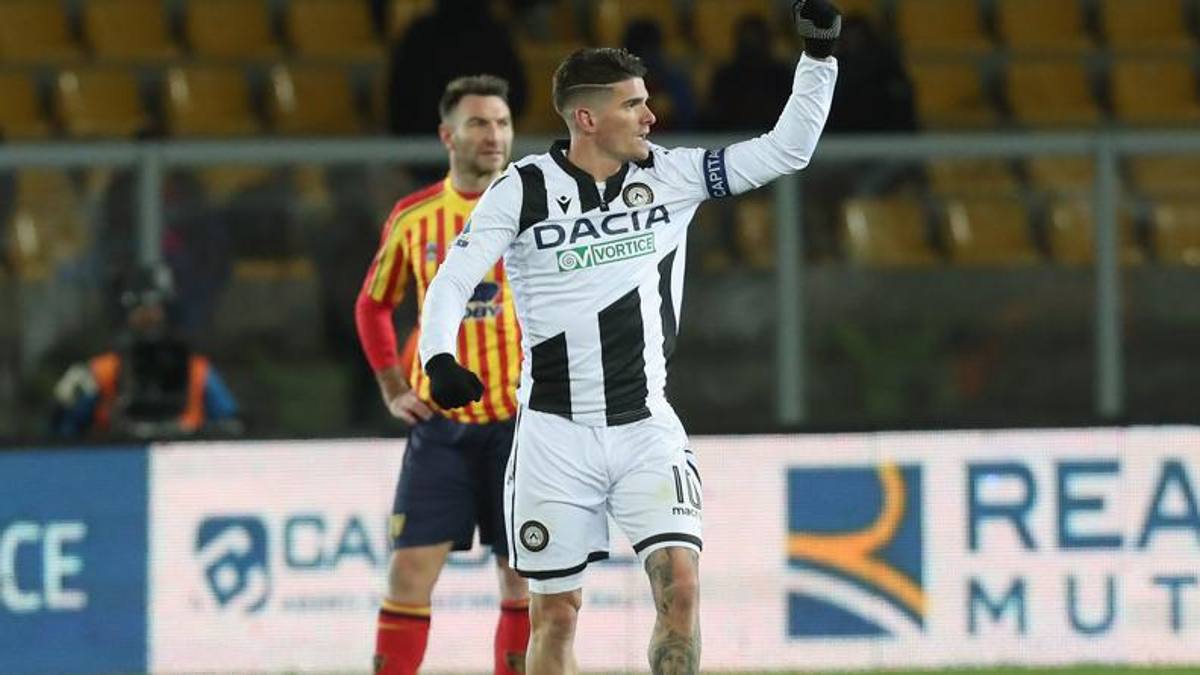 A late goal from Rodrigo De Paul earned the three points for the away side; he collected a loose ball, played a one-two, dribbled past a couple Lecce defenders and slammed the ball home. Game. Set. Match.

A brilliant game at the San Paolo won by the Nerazzurri… Romelu Lukaku gave the away side a two-nil lead, firstly with a long run and finish and then his second came courtesy of a horrible mistake by the Partenopei goalkeeper. Just before half-time though, Arkadiusz Milik halved the deficit scoring from a close range after Jose Callejon had headed the ball back towards the goal. Just after the hour mark though, Lautaro made sure of the points, as the Argentine pounced on a loose ball after Antonio Candreva whipped in a cross. Inter returned to the top of the table.

There is Coppa Italia action this week, as on Thursday, Torino host Genoa.