Matchday 19 of the 2019/20 Serie A saw Juventus re-take the lead atop the standings, Ibrahimovic score his first goal since returning with Milan, and Immobile once again scoring a late winner for Lazio. 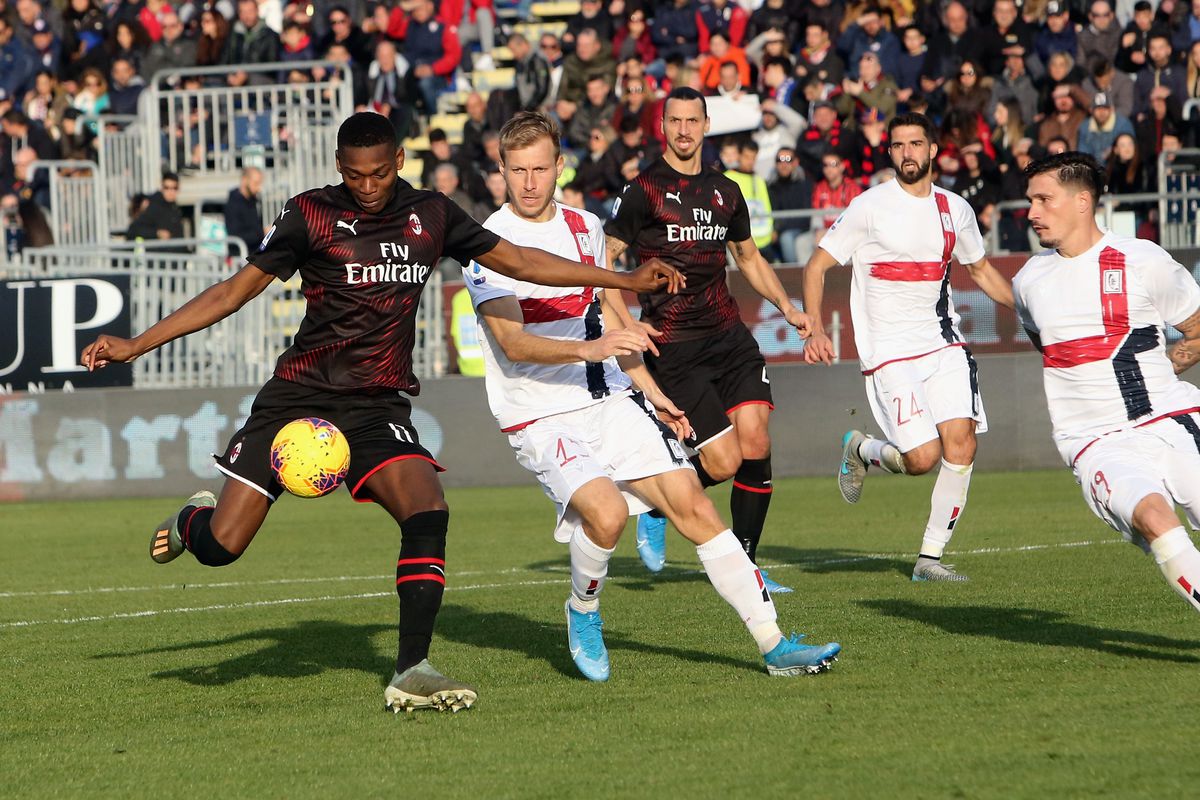 Two second-half goals gave the Rossoneri a win in Zlatan Ibrahimovic’s first start back with Milan. The first was scored by Rafael Leao, as the 21-year old Portuguese collected a pass from Samu Castillejo, his shot took a wicked deflection and it floated over Robert Olsen in the Sardegnian goal. Ibra got his own as well, as a Theo Hernandez cross which whipped alongst the ground was hit first time by the former Swedish International.

In a match devoid of real goal-scoring chances, it was the Biancocelesti that got the winner… In stoppage time, the Partenopei goalkeeper Davide Ospina failed to distribute the ball, Ciro Immobile won the ball from the Colombian, he swung his right boot at the ball towards an open goal and Giovanni Di Lorenzo failed to clear the ball. They keep in the hunt for the title.

The Nerazzurri took an early lead in this clash at the Guiseppe Meazza, as Romelu Lukaku and Lautaro Martinez combined superbly and the Argentine finished off the chance. However, the home side sat back for the majority of the rest of the game and was made to pay for that. La Dea hit the post through Ruslan Malinovskyi but eventually got the equalizer, as Robin Gosens guided home the ball that took a couple of deflections from a Josip Ilicic cross. The away side nearly got all three points from the spot, but Luis Muriel penalty was well saved by Samir Handanovic. 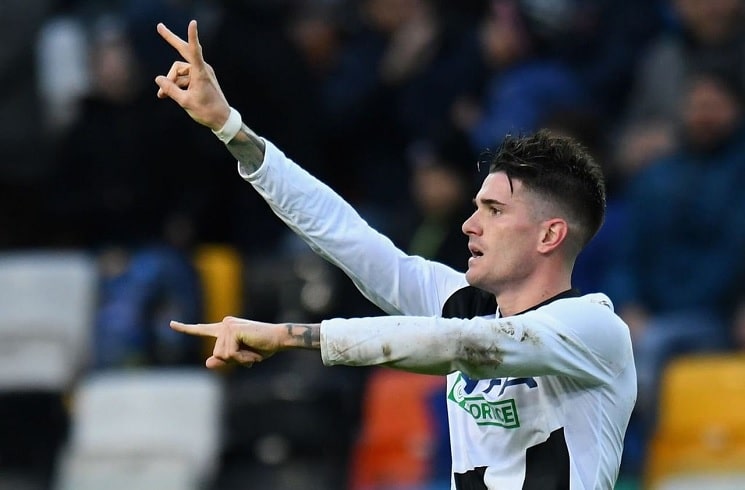 In a well-worked move from a corner, Rolando Mandragora crossed and Stefano Okaka headed home that gave the home team the lead in a match they were dominating. They doubled their advantage as Stefano Fofana passed to Ken Sema and he powered his left-footed shot to the far post of the goal. Fofana again turned provider as Rodrigo de Paul finished off a quick counter-attack to give the team the win.

The away team took the lead in this encounter as Jhon Chancellor headed home from a cross. However, the Ligurians made a stunning comeback scoring five times for victory. Firstly Karol Linetty with a left-footed effort inside the box and then he turned provider, crossing for Jakub Jankto to finish with a fine volley. Fabio Quagliarella then got his name on the score-sheet, with a penalty and a brilliant lob on the counter-attack, in between was a Gianluca Capari header. 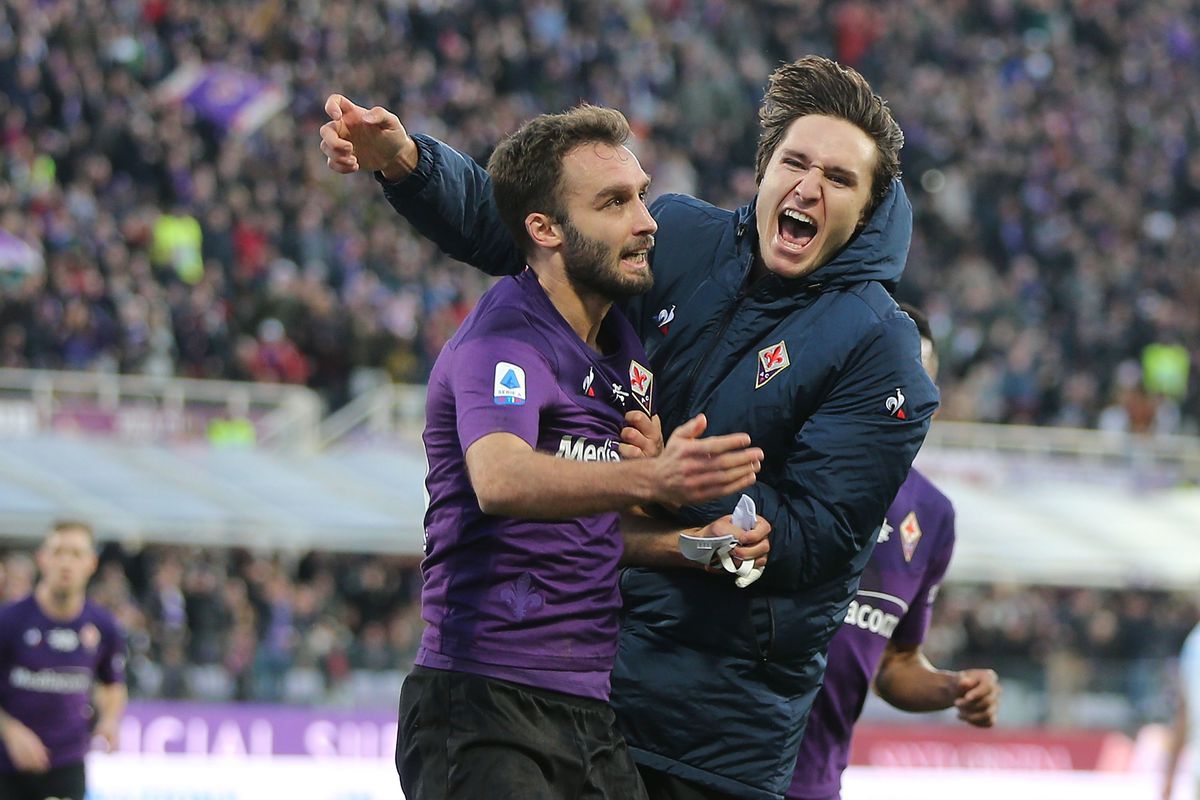 In an encounter mostly dominated by La Viola, they had to wait for their winner. A corner from the right was powerfully headed into the goal by captain German Pezzella. It was a first victory for the Tuscans in manager Iachini’s reign.

A goal in the 11th minute scored by Alejandro Berenguer gave the Granata to win. It was fantastic work by Andrea Belotti on the right side of the box that set up the man from Pamplona and he calmly slotted the ball home with his left foot.

The Grifone took the lead just before the interval, as Antonio Sanabria finished off a lovely move down the left with a first time flick of the ball. However, Hellas Verona struck back twice in the second half to steal the points. Firstly a Valerio Verre spot-kick and then a Mattia Zaccagni goal from close range after Genoa failed to clear the ball properly.

A decisive win for the Bianconeri… Within the first 10 minutes they were 2-0 ahead, as firstly, Merih Demiral guided home the ball from a free-kick and then Cristiano Ronaldo converted a penalty. Both teams suffered major injury blows as Demiral for Juve and Nicolo Zaniolo for the Giallorossi went off. The home side pulled one back through a Diego Perotti penalty and even though they pushed the away side back, they were not able to get an equalizer.

Two second-half goals gave the Crociati the victory at home. The first was from a Simone Iacoponi from a corner and the second arrived 15 minutes later, as a cross came in and the resulting header was save, but Andreas Cornelius was there to put in the rebound.

Attention now turns to mid-week action in the Coppa Italia Round of 16.