Matchday 21 of the 2019/20 Serie A saw Atalanta continue with their crave of scoring goals, Inter drop more points at home, a Derby della Capitale drawn on errors, and Napoli get the better of Juventus.

Friday night football provided a match between twinned clubs, the Leonessa and the Rossoneri… The home team were the better team for much of the first half and forced Gigio Donnarumma into several saves, particularly from an Aye header. However, the away side took the lead when Ante Rebic once again proved decisive; Hakan Calhanoglu passed to Zlatan Ibrahimovic, the Swede crossed into the box, it was not cleared by the Brescia defense, and the Croatian tapped home. Brescia tried their best, but no equalizer was forthcoming.

This clash had a goal apiece for each side within a minute, as Andrea Petagna scored from the penalty spot to give the home side the lead, but then an own goal from Francesco Vicari leveled matters. Around the hour mark, the Rossoblu scored twice to gain the victory. Firstly Musa Barrow with a lovely curling effort from the edge of the box and then a nice interchange of passing on the right was finished off by Andrea Poli. 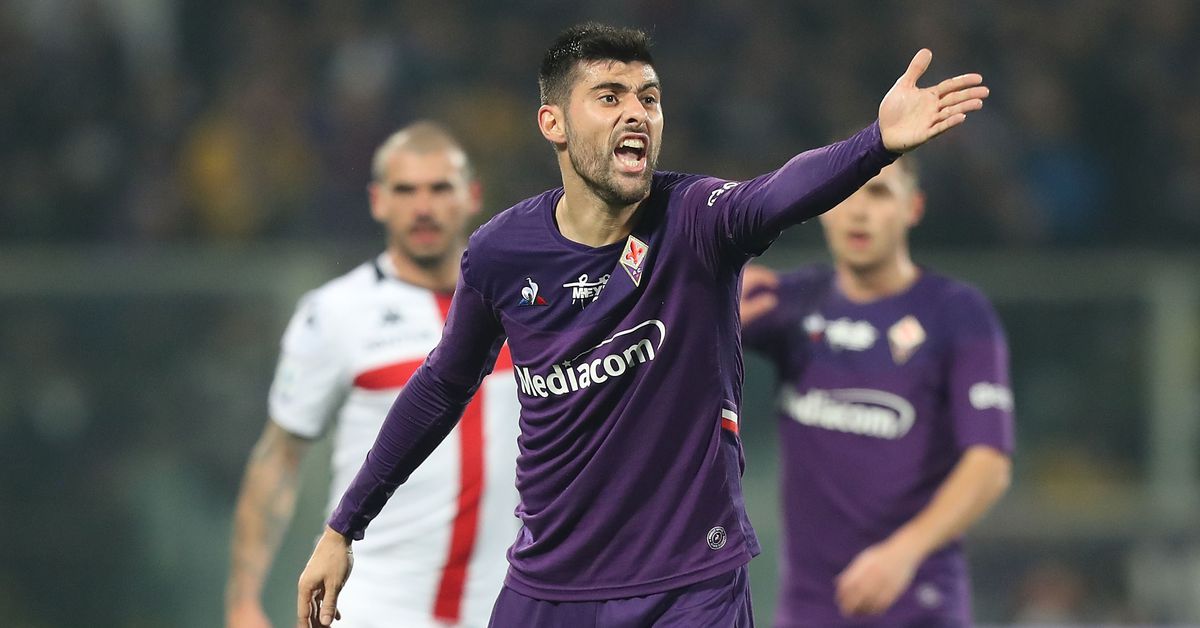 Nikola Milenkovic hit the post for Fiorentina with a header and then the Grifone had the chance to take the lead from the penalty spot, but captain Domenico Criscito had his effort saved by Bartlomiej Dragowski in the Viola’s goal. It was a match for the goalkeepers, as the Pole and his opposite number Mattia Perin continued to make save after save, mostly of the miraculous version that meant the match ended scoreless at the end.

Total domination by La Dea! Josip Ilicic started it off with a tap in from a Jose Palomino cross. Granata goalkeeper Salvatore Sirigu saved several goals but continued to concede goals throughout… Robin Gosens double the away side’s advantage with a left-footed volley. Duvan Zapata got in on the act with a penalty as the teams headed to the break. Slovenian Ilicic lit up the match with one of the goals of the season with a quickly taken free-kick from the half-field mark that caught Sirigu way out of his goal. He completed his hat-trick soon after with a well placed shot one on one after a Zapata pass. Armando Izzo was sent off as the home team started to lose their heads… Luis Muriel completed the rout with a brace; with a penalty and with a low driven shot.

The Nerazzurri took the lead after a cross from January recruit Ashley Young was perfectly headed home by Lautaro Martinez. Samir Handanovic saved from Paolo Farago late on in the first half to keep his side’s lead into the interval. It was an end to end game for the most part and the Sardinians got an equalizer when the on-loan Radja Nainggolan shot from 25 yards out, it took a deflection and the ball went into the goal. Lautaro Martinez lost his cool and was sent off late on.

The Crociati took the lead when the man of the match Dejan Kulusevski’s shot looped up in the air and Riccardo Gagliolo left foot volleyed the ball into the net. The away team had their chances particularly from Kevin Lasagna, but it was the home side that got the 2nd & final goal of the game. Kulusevski’s shot was allowed to creep under by goalkeeper Juan Musso into the goal.

Federico Peluso was sent off for tripping Manolo Gabbiadini just before the half-hour mark, but the Neroverdi still had the better chance. Jeremie Boga hit the post in the second half on the counter. Andrea Consigli saved from a Karol Linetty header and the teams had to share the points.

Three easy points for Verona in this clash… Pawel Dawidowicz took the lead when he rose high to meet a Miguel Veloso corner. The home side scored another header, as Matteo Pessina headed home a Darko Lazovic cross. Giampaolo Pazzini converted a spot-kick late on to complete a comprehensive win.

Goalkeeping errors from either side goalkeeper meant a draw in the Derby Della Capitale… The Giallorossi were the better side for most of the encounter and took the lead as a Bryan Cristante cross was seriously mistimed by the Biancocelesti goalkeeper Thomas Strakosha and Edin Dzeko back flicked header went into an empty net. The Aquile – who were the designated “away team” at the Stadio Olimpico – tied it up when Pau Lopez punched the ball up in the air, failed to collect after and Francesco Acerbi was there to tap in. The Lupi continued to dominate the match between the arch-rivals, but could not get that go-ahead strike and there would be no scoring in the second half.

All three goals in this encounter at the Stadio San Paolo came in the second half, as the Partenopei inflicted only the third defeat on La Vecchia Signora of the campaign. Lorenzo Insigne shot from outside the box was only parried into the path of Piotr Zielinski and the Pole calmly slotted the ball into the net. With less than 10 minutes remaining the local boy and captain scored a brilliant goal, as he volleyed home a Jose Callejon cross and even though Cristiano Ronaldo halved the deficit late on, the Campanians celebrated the victory.

This week we have the final two Coppa Italia Quarter-Finals, as Milan and Inter play hosts to Torino and Fiorentina respectively.