Matchday 22 of the 2019/20 Serie A saw 40 goals scored, controversy in Juventus-Fiorentina, Lazio dominate Spal & an end-to-end match between Sampdoria and Napoli.

La Leonessa took the lead through an Ernesto Torregrossa penalty. Just before the break, the Rossoblu tied the game as Riccardo Orsolini collected a pass inside the box, spun and drilled the ball into the net. On the stroke of the 90 minute, a Rodrigo Palacio pass was met by Mattia Bani who calmly slotted the ball home that gave the home side the points.

The home side took the lead, as Joao Pedro ran onto a Giovanni Simeone cross to power the ball into the net. The Crociati tied the game late in the first half, as a Brugman cross was met by Juraj Kucka on the run. Just at the start of the second half, Joao Pedro missed a penalty, but then seconds later Simeone struck to give the Sardinians the lead for the second time. Right at the very end the away side tied the game up as Andreas Cornelius was left all alone and he headed home a Jasmin Kurtic cross. 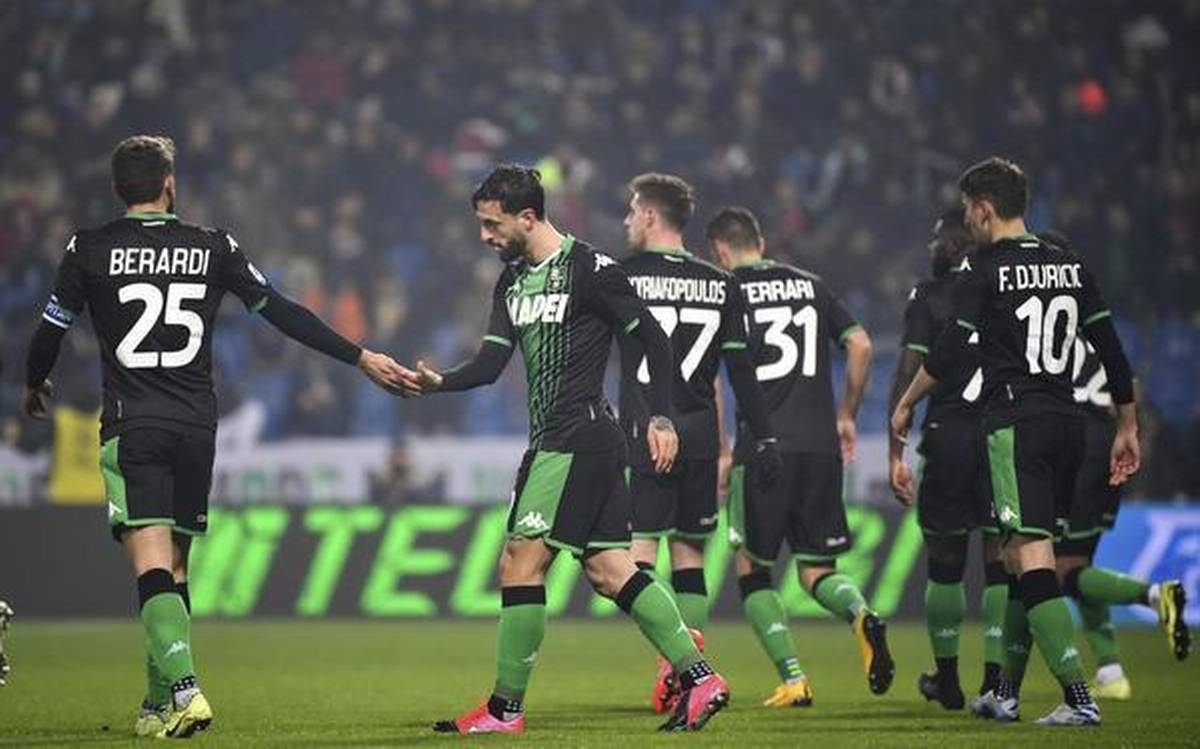 The Neroverdi raced into a three goal lead inside the first 25 minutes; Francesco Caputo with a double and a Filip Duricic well taken strike sent the home fans delirious. Just 10 minutes after the interval the Giallorossi pulled one back with a Edin Dzeko header and with less than 20 minutes to go, Jordan Veretout converted a penalty to give the away side a life-line. However, another Jeremie Boga bullet sealed the win for the home team.

With just five minutes remaining, the Bianconeri took the lead as German Pezzella was adjudged to have handled the ball and Cristiano Ronaldo stepped up and converted the spot kick. The away side had their moments, but it was the home team that struck twice in the last 10 minutes to confirm the victory. Rodrigo Bentancer was in the opinion of the referee fouled in the penalty area and Ronaldo once again scored from the spot and then a Matthijs De Ligt header at the very end from a corner in stoppage time.

The Biancocelecti raced into a 4-0 first half lead through braces from Ciro Immobile and Felipe Caicedo. Immobile’s first was a shot into the roof of the net from a flick on, while Caicedo scored his goal after Manuel Lazzari’s shot struck the post and fell into the path of the Ecuadorian. Immobile’s second came as he went past the goalkeeper, spun and turned, before chipping the ball into an open net. The fourth for the home side was a nice interchange between the two strikers which Caicedo finished off. Just before the hour mark, Bobby Adekayne got his first for the club scoring into an open goal from a Lazzari run and cross. Simone Missiroli got a consolation for the Ferrara side. 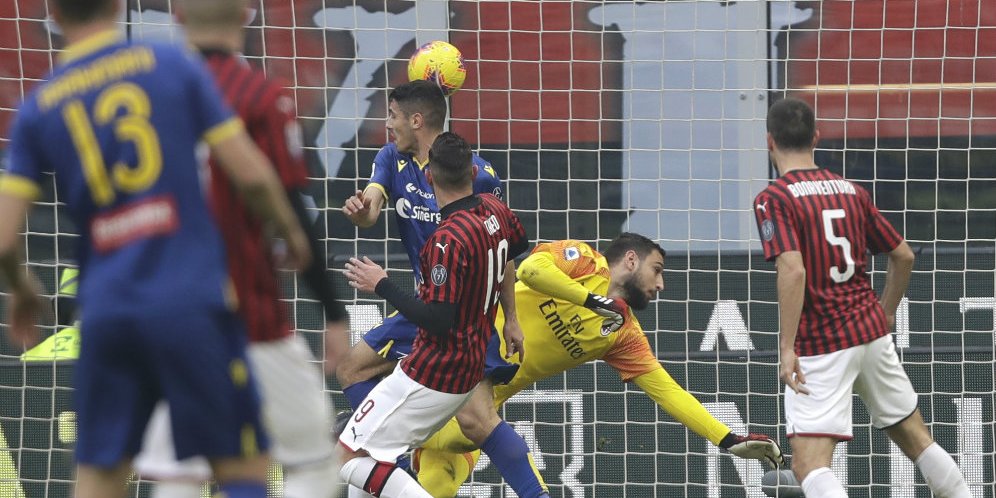 With just 13 minutes gone, Verona took the lead as Davide Faraoni nipped in to guide a cross home from just four yards out. Milan equalised with a deflected Hakan Calhanoglu free-kick at the half hour mark. Both sides had chances to win, with the away side hitting the post twice and Castillejo hitting the woodwork at the very end, but the teams had to share the points.

La Dea took the lead when a flicked Duvan Zapata header was powered home by Rafael Toloi from close range. The Grifone then took a surprise lead; firstly with a Domenico Criscito penalty and then an Antonio Sanabria header. The home tied the game with a Josip Ilicic first time shot, but there would be no more goals in this encounter.

The home team took the lead when Alessandro Deiola ran onto a Saponara pass along the ground to power the ball home. Antonin Barak double their advantage with another powerful shot into the roof of the net. Just after the hour mark Filippo Falco scored a brilliant individual goal when he beat his defender before unleashing an unstoppable shot past Salvatore Sirigu in the Granata goal. Gianluca Lapadula then converted a penalty to confirm the win.

A brace from Romelu Lukaku in the second half kept the Nerazzurri within touching distance of the top. His first was a calm finish with his left foot into the far corner and his second was a penalty after Alexis Sanchez was upended by the home team’s goalkeeper when he was heading towards goal.

The Partenopei took the lead with a Arkadiusz Milik header in just the third minute and they doubled their lead, when Eljif Elmas finished off from close range from a cross. The home team pulled one back with a fabulous Fabio Quagliarella volley and tied the game with a Manolo Gabbiadini penalty. With less than 10 minutes remaining, the Campanians copped the points; a lovely worked move down the left was finished off by Diego Demme for his first Napoli goal and then with virtually the last kick of the game, Dries Mertens collected a ball that was cleared by the Samp goalkeeper Emil Audero and slotted the ball into an empty net.