Although Società Sportiva Lazio is based in Rome, Italy, its followers spread to all corners of the globe. It is for this reason that Laziali Worldwide was created. Through online interviews prepared and conducted by The Laziali, supporters of the Italian Serie A football club worldwide will not only be able to share their stories but also be able to connect with other fans of La Prima Squadra della Capitale. Below, The Laziali’s complete interview with Nobuto Tanji from Japan.

When I got interested in European football, Miroslav Klose – who played for Germany in the 2002 World Cup which was held in my country – was playing for Lazio. I really appreciated Klose’s performances; he is one of the main reasons for allowing me to become a Laziale.

Unfortunately, the fanbase in Japan is not very big yet, but I think that a lot more people are starting to pay more attention to Lazio in recent years…

There is a Lazio fan club in Japan. I would love to get together and watch the derby with them sometime…

Luis Alberto. He was a flop at Liverpool but developed into one of Europe’s best players at Lazio. His story gives us courage.

Miro Klose. He was why I became a Lazio fan.

Too many to count, but the most recent would have to be Danilo Cataldi’s goal in the 3-0 derby win in 2019. He had a problem with Curva Nord due to his behavior during his time with Genoa, but that goal eliminated the conflict between them.

The Coppa Italia semi-final of 2012/13 season against Juventus. There was great drama in the last few minutes but Lazio got their ticket to the final.

2012/13 Coppa Italia final kit. The Tricolore on the collar and the light blue pants look great, but it’s filled with more beautiful memories than the design. That’s why I love it.

Of course. It’s “26 maggio”. The trophy you get after defeating Roma is exceptional.

Ravel Morrison. He showed great talent when he was young, so I had high expectations, but in the end, he couldn’t do anything at Lazio.

Luiz Felipe. Lazio didn’t pay an expensive transfer fee to sign him but he’s developed into such a great talent that big clubs like Barcelona are interested in.

Ciro Immobile. Even though he’s not an old guy like Senad Lulic or Stefan Radu, he’s on the verge of becoming the all-time best scorer. Literally a legend.

Luis Alberto. The reason is that, as I mentioned earlier, he can make a real difference. I think he is the most underrated player.

Luis Alberto. With or without him, Lazio is a completely different team. He has undoubtedly been the key factor in this season’s great journey.

Diego Simeone. He’s a legend of Lazio and I think all Laziali will love his passionate style.

Left wing-back. Lulic is as great as a player as a captain. However, he’s already old and Lazio needs to find a successor soon. 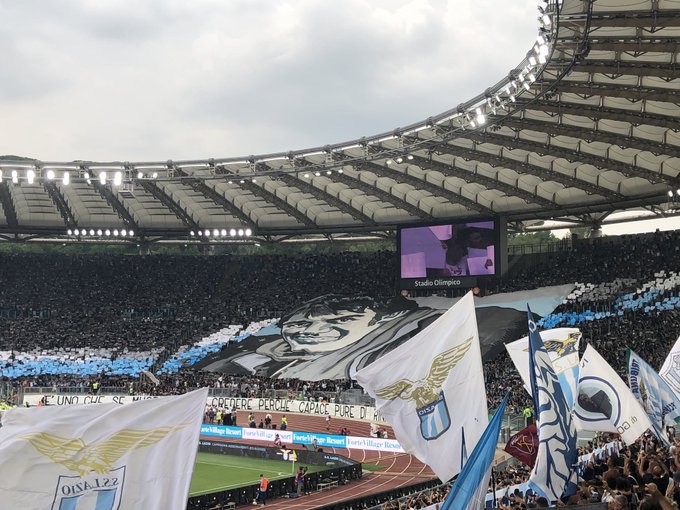 In my country, patience is considered a virtue. As a Japanese person, I think it’s a beautiful story of how Lazio has gone from a financially troubled team into one of the best teams in Europe (after a lot of patience). I’m very proud to be a fan of this club.