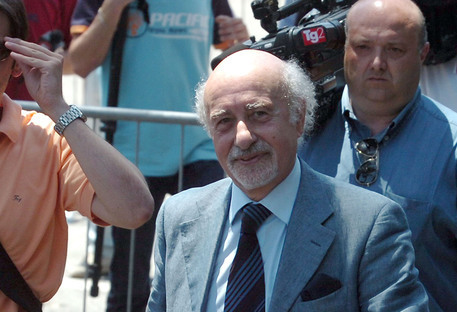 “First of all, I would like to point out that the interview between the Public Prosecutor’s Office and Dr. Pulcini was did not happen because of my request. Yesterday I had commitments that did not allow me to be present and I asked and obtained the postponement.

“The meeting will take place in the next few days. It is good to specify that Pulcini is not under investigation. He will answer all the questions that the prosecutor will ask us.”

He commented on the concerns regarding the laboratory that Lazio chose to carry out their Covid-19 tests and how mistakes there were not the fault of the Roman side.

“Lazio have nothing to do with the criminal trial and what happens in Avellino if anything, they will be a victim. The trial, if ever there will be one, concerns an entrepreneur from Avellino and any problems he may have with the Avellino Public Prosecutor’s Office.

“If by chance some wrongly reported tests were revealed, Lazio and their players would be victims.”

Finally, Gentile spoke about the attacks of the press towards Lazio and their health department, as well as president Claudio Lotito.

“How can you think that they’d deliberately send a positive player on the field? Do they infect the whole team? So, next Sunday they would have 11 players who can’t play? The suspicion is part of it, but that a newspaper of that level continues on the front-page hammering in that way makes us think. We think there is a malice.

“And Lazio will move to defend their interests. It is not the first time that the Gazzetta has attacked Lotito. They have done so already months ago in a constant way and we have moved against it.

“I am an expert in the right of free press, but when you use it to insult people for free by throwing suspicions without evidence, but by putting question marks, whoever writes these things are clearly at fault.”

The Biancocelesti have been at the centre of controversy regarding the conditions of certain players and their Covid-19 positivity status.

Ciro Immobile, Lucas Leiva and Thomas Strakosha were all forced to miss two Champions League games earlier this season due to positive Covid-19 tests, but did appear against Torino in the middle of those fixtures, after testing negative.

Questions are now being asked surrounding their appearance in that win over the Granata, with Lazio pointing to the stricter testing parameters of UEFA as the culprit.