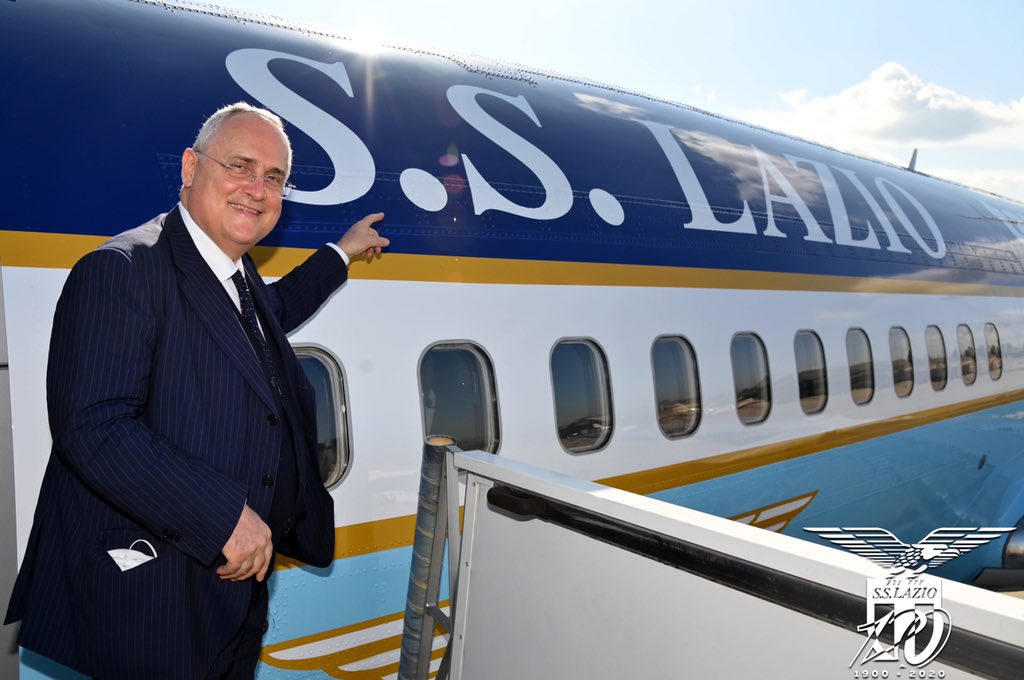 Lazio president Claudio Lotito discussed his gift to the team, a personalised Boeing 737 Classic, in a statement posted on the club’s official website earlier today.

“It’s the anniversary seal that we also celebrated with an important to return to Europe, we are entitled to it.

“Although several events have been postponed or cancelled in compliance with the measures to contain the virus, Lazio did not want to miss the appointment with history. To fly higher, in the skies of Italy, Europe and the world, with our symbol and our colors, mindful of the inspiration of the Founders.”

The Biancocelesti have now joined the exclusive list of top clubs that own aircrafts, which also includes Borussia Dortmund, Bayern Munich, Manchester United and Real Madrid.

A test flight of the plane took place earlier today, with president Claudio Lotito proudly on board. Its first official flight will take place on the 20th November, to transport coach Simone Inzaghi at the squad to Calabria, where they will face newly promoted side Crotone the next day.

The plane is not exclusively for usage by the Biancocelesti, with it also performing normal functions, but it will be dedicated to the team for their away fixtures.

It was supplied by Tayaranjet, a small Bulgarian airline with Italian management, who has around 20 years’ experience in the industry.