Ex-Lazio Defender De Silvestri: “I am Most Attached to the Biancocelesti” 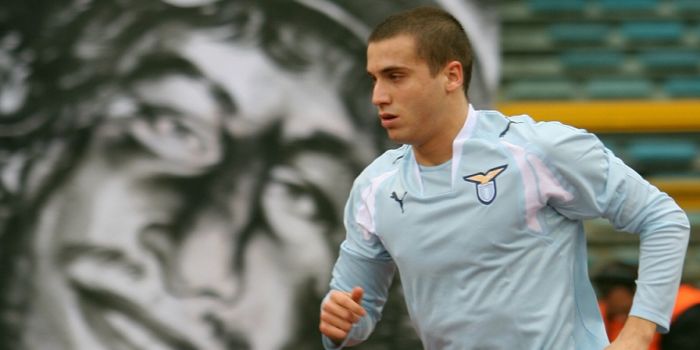 Lorenzo De Silvestri, currently playing for Serie A side Bologna, talked about his most pleasant memories as a professional footballer.

De Silvestri, who has played for teams such as Sampdoria, Torino, or Fiorentina, says he feels most connected with Lazio, his very first professional club.

The team I am most attached to is Lazio, as I am from Rome. I spent my entire youth career with Lazio and I made my debut in the Biancocelesti shirt. It’s there that I became a man.

I can say Lazio is a bit like my football mother. However, since football has become a profession, I’ve become less of a fan. Now, I only think about Bologna and I give my all for these colors.

De Silvestri was also asked to name the strongest teammate with which he has played during his career.

I would say Goran Pandev with whom I played at Lazio. He is a great striker who also won the Champions League with Inter. Mauro Zarate would be second on my list.

In Fiorentina, I would say Adrian Mutu and Alberto Gilardino were the best.

The teammate with whom I was most honored to have played was Samuel Eto’o, even if it was only for six months.