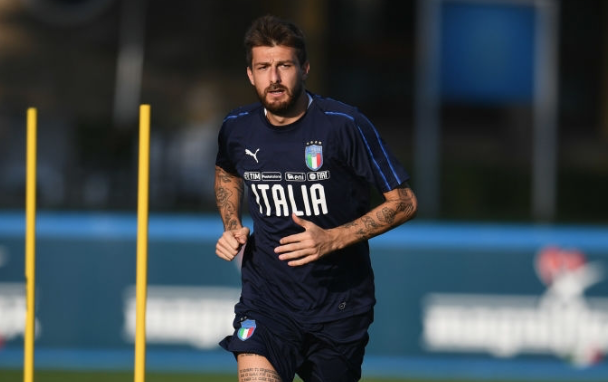 Lazio central defender Francesco Acerbi, in an interview with which he shared with Bologna attacker Riccardo Orsolini, described his first goal in Italy’s famous jersey. It happened against Bosnia on November 15, 2019, with the assist coming from Inter’s Nicolò Barella.

It was against Bosnia; Barella provided the assist.

Did I dream of scoring the first goal for the national team like this?

I would have preferred a bicycle kick from midfield!

Acerbi has made nine appearances for the Azzurri thus far, recording one goal. He joined Lazio in July of 2018 and since then, he has starred in almost all of the Biancocelesti’s matches, scoring five goals in the process.

Regarded as one of the best defenders in Serie A, Acerbi is once again being relied upon by coach Roberto Mancini. As previously reported, it is expected that the defender will start in the match later today against Poland in the UEFA Nations League.