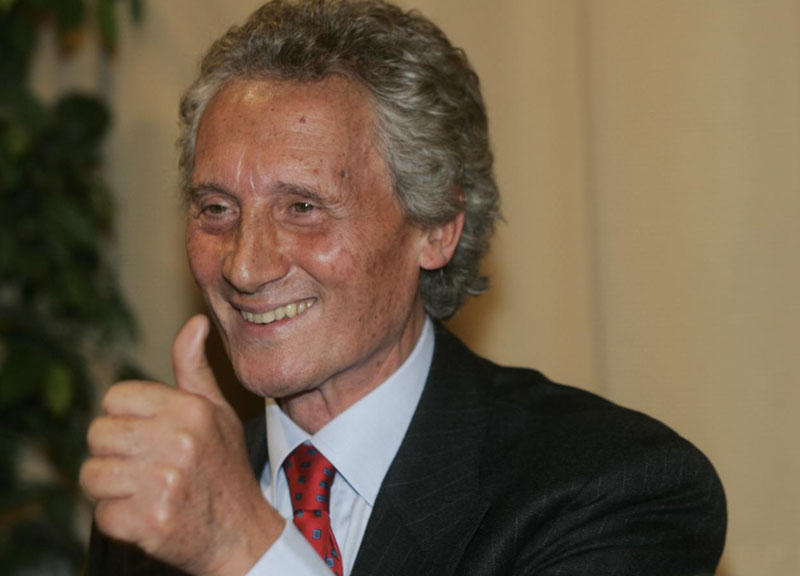 Former Lazio president Sergio Cragnotti discussed the league this season, the favourites for the title race and how the Covid-19 pandemic affected the Biancocelesti’s Scudetto dreams last season in an interview with Italian radio broadcaster Radiosei yesterday.

This year the Scudetto will be won by Roma! The protagonists are always the same, the remaining ones are close.

Of course, last year, things could have gone different for Lotito’s team – Lazio could have won the Scudetto last season. However, after the lockdown, I think the Biancocelesti lost a bit of concentration…

With Eriksson it was a lightning strike, we decided immediately during a match in Milan. All the things we did were done by instinct.

Today I hear that everyone says that our Lazio was the strongest in football at that time, it’s nice recognition.

Everyone brings their own symbol, now there’s Lotito who did a great marketing operation with the plane. Then it is clear that we need to make a strong team, so that the plane can become an added value.

Like in our case, where listing the club on the stock exchange became an added value to the wins.

Finally, Cragnotti gave his prediction for who would win the league title this season.

I believe that Juventus will win the Scudetto.

Cragnotti’s ownership of Lazio saw heavy investment into the squad, helping them to win a second league title as well as a European Cup Winners’ Cup.

After food conglomerate Cirio declared default on their bonds in 2002, the club fell into a brief low period which saw club hero Alessandro Nesta be sold.

The Biancocelesti were then purchased by Claudio Lotito in 2004, who has since worked hard to help the team return to the top and secure strong financial stability.