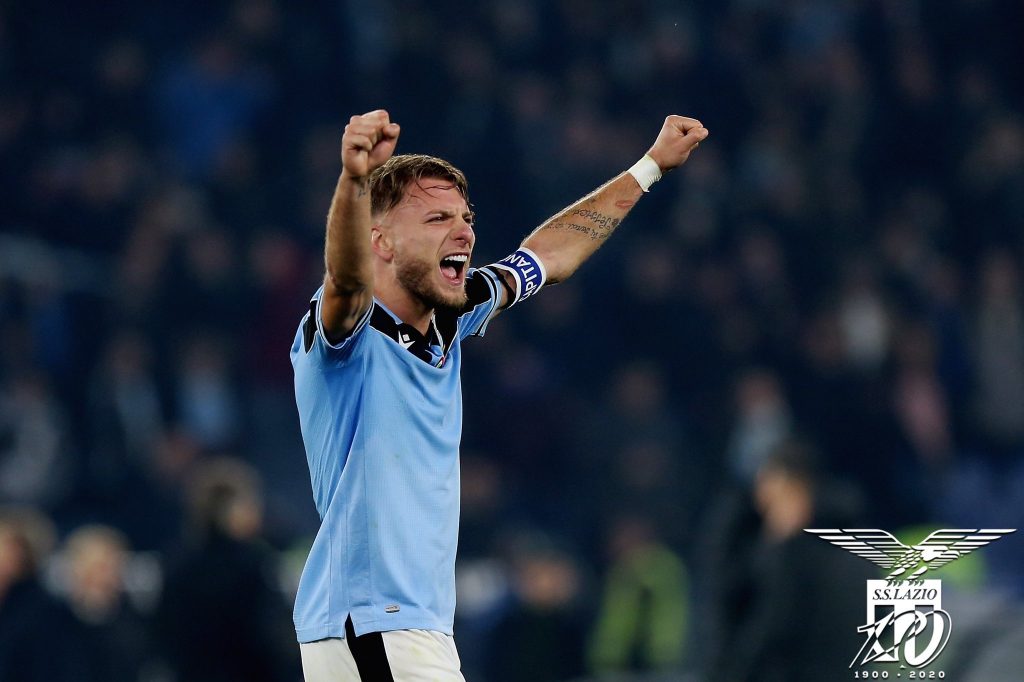 Ciro Immobile returned to Lazio’s starting eleven against Crotone in Matchday 8 of the 2020/21 Serie A. He scored the opening and winning goal in a 2-0 victory away from home at the Stadio Ezio Scida.

After the match, he was interviewed by Lazio Style Channel; he started off by talking about his goal celebration.

My celebration? It was an action of happiness. It may seem controversial but it is not; the kiss was aimed at my wife Jessica, but also at all the people who have been close to me.

The last three days have been difficult because of a family matter – my uncle was taken to the hospital with a bad illness. Today’s goal is also for him.

Immobile then talked about the way he feels he was treated by the Italian press in recent weeks.

When they talk about a person, they must know the individual well before judging them. Otherwise, they risk spreading ignorance and wickedness.

As a result of the goal he scored, he equalled the tally that Giuseppe Signori managed to score in Serie A while playing for Lazio; 107 goals. He now finds himself just 27 goals away from becoming the top scorer in the history of the club; overtaking Silvio Piola (143 goals).