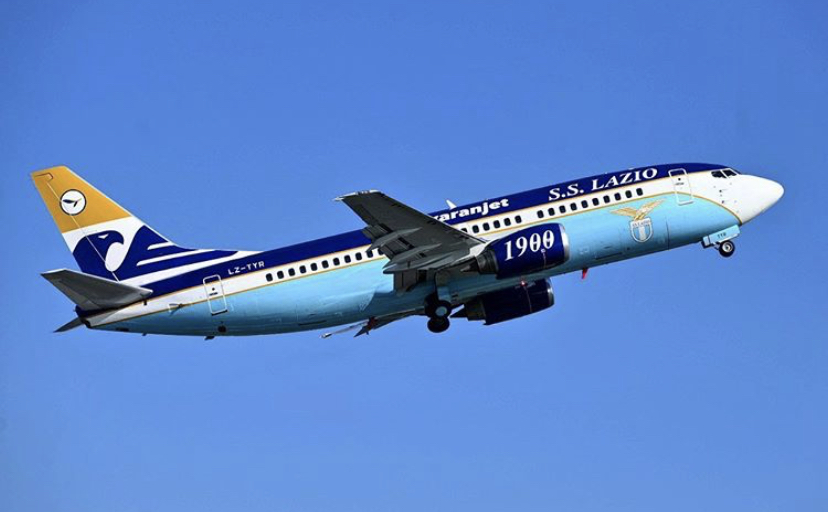 Simone Inzaghi’s Lazio used their personalized Boeing 737-300 for their trip to Crotone. The flight was a smooth one in spite of difficulties related to atmospheric conditions (heavy rainfall and strong winds); the Biancocelesti celebrated with a 2-0 victory over the Rossoblu in the inauguration of their new, club-branded, aircraft.

Despite all of the positivity that came from this unveiling, there was also a fair share of backlash from the media. As a result, Tayaranjet (the company that supplied Lazio with this aircraft) have decided to react to the various attacks that the partnership has received; they will especially take action against an online video that was posted on Friday, November 20, 2020. The video shows the Lazio-branded plane and includes a series of vulgar comments.

Lazio President Claudio Lotito has already filed a complaint with the airport authorities against the unknown persons. He has instructed airport personnel to not allow anyone in the immediate access area of the plane except for specific individuals.

The Biancocelesti are, at the moment, the only team in Italy to have their own club-branded airplane. Few other clubs have can boast of having done the same; this list includes Borussia Dortmund, Manchester City, Manchester United, and Real Madrid.