On Tuesday, November 24, 2020, the Stadio Olimpico hosts Lazio vs Zenit St. Petersburg in Matchday 4 of the 2020/21 UEFA Champions League.

The Head Referee for this clash will be Michael Oliver, the Assistant Referees will be Stuart Burt and Simon Bennett, the Fourth Official will be Andrew Madley, and the Video Assistant Referee (VAR) will be Chris Kavanagh with the assistance of Craig Pawson.

As it stands in the Italian Serie A, the Biancocelesti sit in eighth with a record of 4W-2D-2L (14 points); while in the Russian Premier League the Sine-Belo-Golubye sit in second with a record of 9W-4D-2L (31 points) 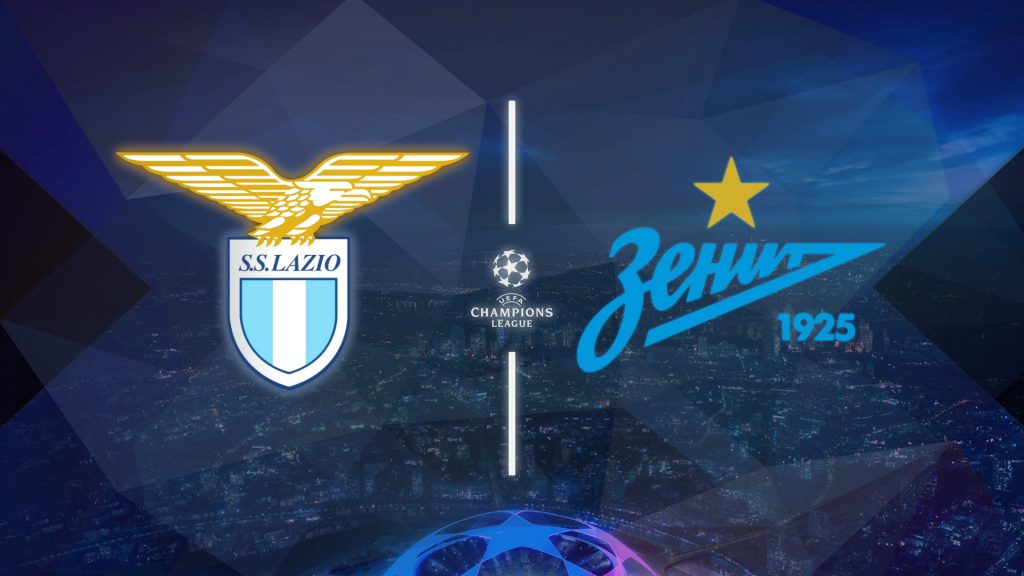 This match takes place after Lazio won 2-0 in convincing fashion against Crotone. It was an exhilarating performance from the Biancocelesti as they returned from a two-week layoff due to the International break. Their match came close to being postponed due to weather conditions that had parts of Calabria flooded. This left both sides playing in terrible conditions on the pitch. Lazio received great news as Ciro Immobile and Lucas Leiva returned to the lineup as they recovered from Covid-19. Luis Alberto didn’t miss the match as the club decided not to exclude him out of the match. In the first half, Immobile opened the score with his fourth goal in Serie A this season. The goal came off a terrific cross from Marco Parolo into the box and led to Immobile heading into the back of the goal. Lazio put Crotone to bed early in the second half as Immobile once again was involved. The striker made a pass down the left flank and Joaquin Correa made a brilliant run to get around several defenders and score in improbable angle. Crotone remains winless in Serie A, however, Lazio sits in 8th place and are six points back of AC Milan for first place.

In Zenit’s recent match against Akhmat Grozny, Daler Kuzyayev scored his second goal this season – after converting a pass from Douglas Santos – to put the Sine-Belo-Golubye up 1-0. The lead lasted just ten minutes, as Bernard Berisha tied the match at 1-1 off a pass from Artem Polyraus.  In the second half, both sides exchanged chances, with Zenit scoring first to regain the lead. Dejan Lovren scored within the first five minutes of the second half. Douglas Santos delivered his second assist on the play and once again contributed to Zenit’s goal. The lead was short-lived as Akhmat showed great resiliency and responded with a goal from Berisha which gave him a brace in this game. Both sides exchanged chances yet neither were able to break the deadlock and tied 2-2. With the draw, Zenit stays within striking distance of first place in the Russian Premier League as they trail CSKA Moscow by one point.

It has been an overwhelming start to the season for Lazio as, after starting off their 2020/21 season quite poorly, they have battled injuries and illness to secure results; they are undefeated in their last seven matches in all competitions. The Biancoceleste have shown great form in recent times and, in their past two Champions League matches, overcame great adversity. Simone Inzaghi will have more options this time around as Leiva, Immobile and Alberto are notable players who will be available. Immobile has shown great form as he’s scored in three straight games. This will make Sergej Semak’s job very difficult as they currently sit last in Group F with one point. Zenit will be without Sebastian Driussi and Magomed Ozdoez but Sardar Azmoun has returned from injury and should be available for the Russian side. He has six goals in the Russian Premier and has been one of their most relied upon players this season when healthy. Expect a different Lazio side in this fixture as Inzaghi’s squad is close to fully fit. He will be without Sergej Milinkovic-Savic, yet the circumstances are not as bad compared to the last time these two sides met.