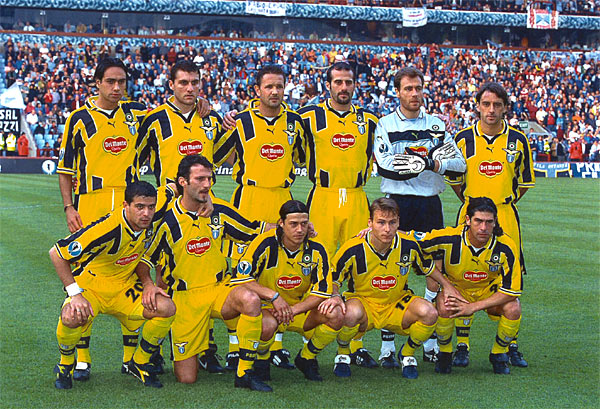 33,021 excitable, nervous, but passionate fans from Spain and Italy gathered in a slightly dreary Villa Park for the 1998/99 UEFA Cup Winners’ Cup final. This was to be the last of its kind as the competition was replaced the year after.

Rome’s soldiers of Lazio represented the beautiful country, having lost the same final last year to fellow Italian counterparts, Inter. However, the Biancocelesti, sporting a unique yellow, were determined for revenge and this time the object in their way was a fiery red Mallorcan side.

Both teams’ road to the final was far from a straight one.

Mallorca had swept through the first few fixtures of the competition but just managed to squeeze past Belgian side, Genk, as well as reigning champions, Chelsea. For the opposing side, Lazio had also faced close encounters on their run-up to the final, except their destroying of Greek side, Panathinaikos, 7-0.

The sides reflected each other like a mirror with both teams lining up in a classic 4-4-2 formation. From the blowing of the whistle, it took only seven minutes for the first goal to be scored and the first roar of the crowd.

Giuseppe Favalli had elegantly led a pass that met the head of Christian Vieri and finely lifted over the top of the goalkeeper. The Irriducibili were in full swing with the deafening cheer and celebrations around the blue half of Villa Park.

However, the Spanish side were far from down and out.

Four minutes later, down the other side of the pitch, a cross from the right by Spanish winger, Soler, and a tap by Jovan Stanković allowed the game to become a tie, leaving it all to be played for in the second half.

The majority of the second half was dominated by Lazio but a series of attempts by Roberto Mancini and co. only resulted in hitting the woodwork and/or being off-target.

It was only with nine minutes to go that a stunning volley by Pavel Nedved saw a second roar of the Lazio faithful and see them lift the last trophy of its kind and send the joyous Lazio fans singing all the way back to Rome.