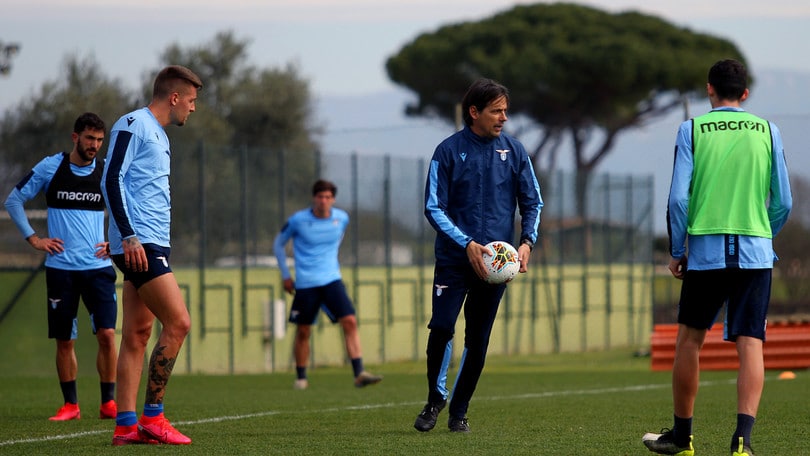 Lazio coach Simone Inzaghi continued preparations for the upcoming league clash against Udinese with the squad at Formello today, according to a report from Italian media outlet La Lazio Siamo Noi earlier today.

The report details how the Biancocelesti squad underwent Covid-19 tests this morning, before taking to the pitch to begin training exercises.

Sergej Milinkovic-Savic and Gonzalo Escalante both took part in the entirety of squad training, and both seem ready to feature against the Bianconeri.

Luiz Felipe remained in the gym, currently nursing a worsening ankle issue. Vedat Muriqi is also injured and will not appear against Udinese.

As such, Inzaghi deployed Andreas Pereira in a more offensive role behind striker Ciro Immobile in some tests, and the player could be used as a mezzala or trequartista behind the striker.

The likely defense on the weekend will be Patric, Stefan Radu and Francesco Acerbi, with Manuel Lazzari and Mohamed Fares in the wing back roles. In the midfield there’ll be Milinkovic-Savic, Lucas Leiva and Luis Alberto. Up front Joaquin Correa and Ciro Immobile are likely to start.