The UEFA Champions League resumed this week, with Lazio hosting FC Zenit St. Petersburg in Round 4 of the competition at the Stadio Olimpico. Simone Inzaghi’s men did not disappoint, putting up a dominant and professional performance, to secure a 3-1 victory.

Ciro Immobile wasted no time as he scored within the first five minutes with a blistering shot. The lead was extended as Marco Parolo showed what he could still offer with a beautiful strike from far distance.

Right before the half-hour mark, Zenit cut Lazio’s lead in half as Artem Dzyuba found the back of goal off a cross from Yaroslav Rakitskiy. However, that was as close as Zenit would get to making a comeback.

Right before the hour mark, Lazio were awarded a penalty as Immobile was tripped in the box by Wilmar Barrios. The Italian made no mistake as he converted from the spot and ensured the three points for Lazio.

So, what are the three takeaways from Lazio vs Zenit? 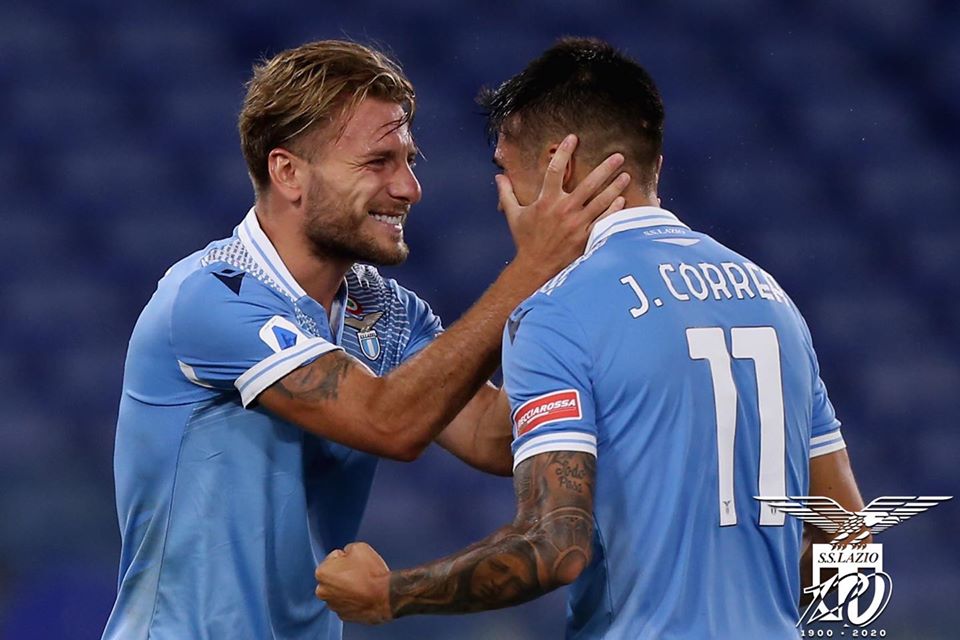 Once again, Immobile is having an excellent season.

The Italian propelled Lazio to a 3-1 win by scoring a brace in his return to the starting lineup in the Champions League (after missing the previous two matches due to Covid-19). He has also been in fine form, as he has scored in five straight matches in all competitions.

It took Immobile less than five minutes to show his vintage form as he scored a brilliant goal off an incredible individual effort. His return was noticeable as he caused havoc for the Zenit backline who struggled to contain him.

Coming off an incredible season where he won the Serie A Best Forward and the European Golden Shoe, he has once again followed up with an impressive season in the early goings.

While Immobile led the way with his goals, Joaquin Correa put forth an impressive performance as he assisted on Lazio’s second goal from Parolo. The Argentine made a great run to advance the ball towards the Italian before scoring a daunting goal.

Throughout the course of the match, he proved to be too quick as he showed great footwork to get around players. He finished with four keys passes and six successful dribbles.

Correa has been in great form as of late as he has been a contributing factor to three goals in the past three games in all competitions. After a slow start to the year, he has started to find his rhythm at the most opportunistic time, as Lazio’s schedule becomes hectic in the upcoming weeks.

Lazio Inches Closer to the UEFA Champions League Round of 16 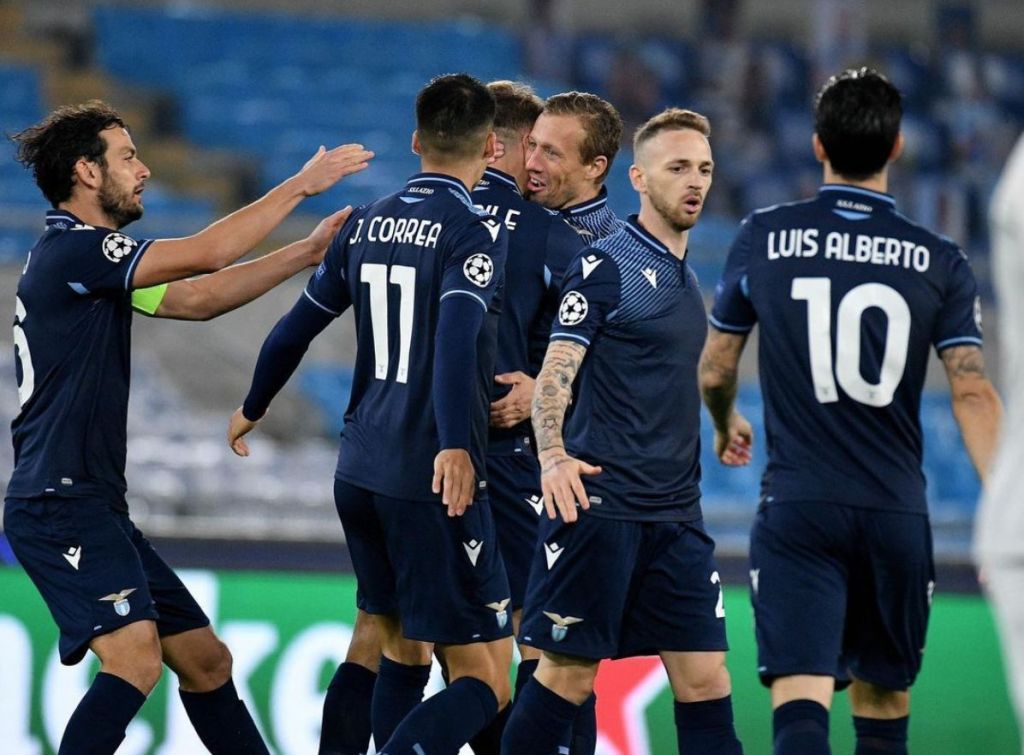 Lazio’s 3-1 win over Zenit moved them closer to a spot in the Round 16 in the Champions League. They currently occupy second place in Group F with eight points and trail Dortmund by one point (9 points).

Behind Lazio is Club Brugge who has four points and, therefore, trail the Biancocelesti by four points. Brugges’ loss to Borussia Dortmund has increased Lazio’s chances of advancing to the next round. With two games remaining against Dortmund and Brugge, a win would guarantee Lazio a spot.

It has not been the Champions League which Lazio manager, Simone Inzaghi would have wanted, as he missed several players in the lineup in their past two matches due to Covid-19.

Players such as Immobile, Luis Alberto, Lucas Leiva and Luis Felipe were absent which increased the difficulty for Lazio to win their matches. While Lazio did not win against Zenit or Brugge they prevailed with two key draws, showing great character with the thin squad that was available.

Nonetheless, Inzaghi has done a great job of getting the most out of his men which has left the Lazio manager proud of his team for what they have been able to accomplish.

They remain the only Italian side unbeaten in the Champions League which is an impressive statistic considering that the likes of Juventus, Inter and Atalanta are also in the competition.

Come next Wednesday, Lazio will have one goal in mind versus Dortmund and that will be to book their spot into the Round of 16.

Wesley Hoedt Proving to Be a Key Signing 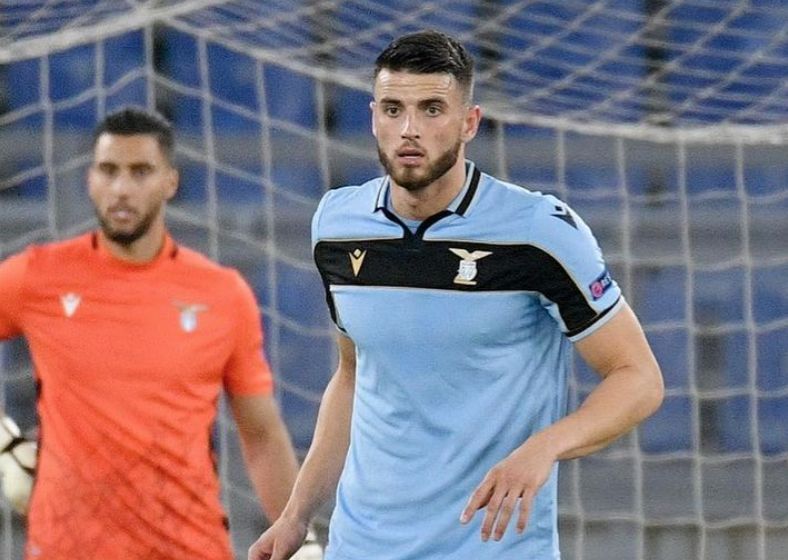 Before the season began, fans were upset that Lazio did not seal the deal for highly touted young centre-back, Marash Kumbulla, who decided to join rivals AS Roma.

Instead, the club elected to sign Wesley Hoedt on loan from Southampton who originally had been sold to them by the Roman side. His time with the English side did not go to plan and he was cast out with two loan stints with Celta Vigo and Antwerp after failing to impress in the English top flight.

Prior to joining Lazio, he admitted that he should never have left and that it was one of the biggest mistakes in his career. He was happy to be rejoining Lazio and a fresh start was exactly what he needed.

Hoedt has provided stability this season as he has been one of Inzaghi’s most dependable defenders since the start of the season. He has been consistent, has shown great confidence as he has made timely challenges and has limited scoring chances.

Hoedt put forth an impressive performance versus Zenit as he made eight clearances and two interceptions. He has provided a physical presence in the backend which has allowed him to elevate his game. Additionally, he converted six of seven attempted long passes and was very effective in advancing the ball upfield.

This may not be the flashy and big-name signing however, Hoedt is proving many wrong. A second chance was what he needed and already playing under Inzaghi last time around, his transition has been smooth sailing and a blessing to the backend that had many question marks.