On Wednesday, December 2, 2020, the Signal Iduna Park hosts Borussia Dortmund vs Lazio in Matchday 5 of the 2020/21 UEFA Champions League.

The Head Referee for this clash will be Antonio Matéu Lahoz, the Assistant Referees will be Pau Cebrián Devís and Roberto del Palomar, the Fourth Official will be José Luis Munuera Montero, and the Video Assistant Referee (VAR) will be Alejandro Hernández with the assistance of José María Sánchez. 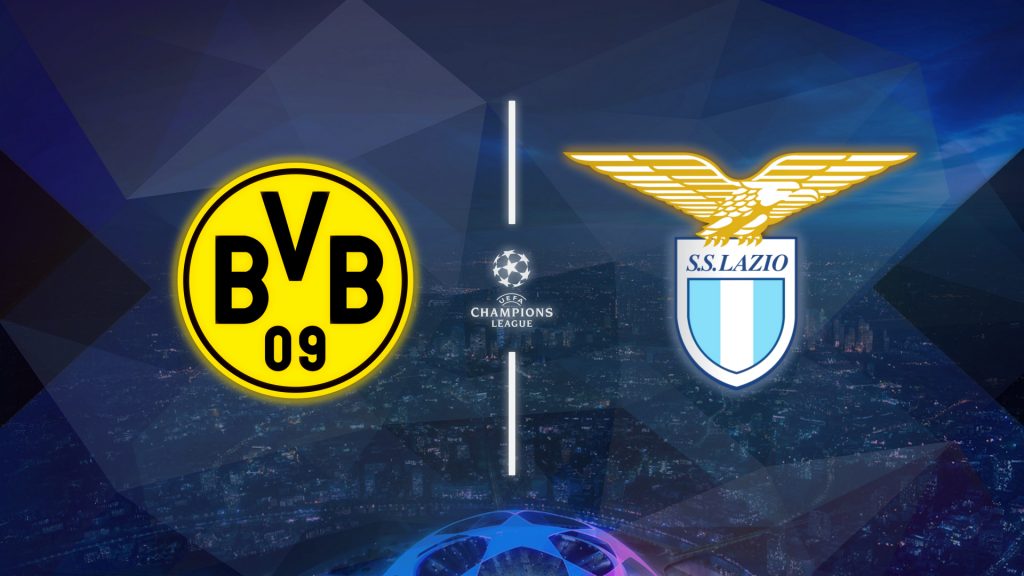 This match takes place after Lazio lost 3-1 against Udinese. This was a result that the Biancocelesti will want to put behind them as it was a lacklustre performance, with the club looking uninspired and struggling to break down Udinese throughout most of the match. This time around, most of Simone Inzaghi’s men were available and he may have had his team selection wrong. Danilo Cataldi and Marco Parolo started in midfield with Cataldi being a mismatch versus Rodrigo De Paul. Sergej Milinkovic-Savic, Gonzalo Escalante and Thomas Strakosha all returned to the lineup after recovering from illnesses and injuries. Tolgay Arslan opened the score for the visitors just before the 20-minute mark. His shot ricocheted off Francesco Acerbi’s leg and redirected into the far-right post which sent Strakosha diving the wrong way. Right before half time, Udinese extended their lead to 2-0 off the counter-attack. Jens Stryger Larsen won possession off a poor attempt from Mohamed Fares. Ignacio Pussetto advanced the ball upfield from a pass by Larsen and, with Lazio caught out of position, resulted in a goal from Pussetto. Late in the second half, Fernando Forestieri extended the Bianconeri’s lead to 3-0. Minutes later, Ciro Immobile capitalized on a poor pass back to the goalkeeper, Juan Musso and he fouled Immobile in the process. The Italian converted from the spot yet it was too little too late for Lazio to comeback. The loss put an end to their eight-game unbeaten streak in all competitions.

In Borussia Dortmund’s recent match against FC Köln, Ellyes Skhiri’s scored a brace that led the Effzeh to their first victory this season. For Dortmund, they dropped to fourth place and failed to keep pace with Bayern Munich for first place. Within the first ten minutes of the match, Skhiri scored off a pass from Marius Wolf. Although Dortmund controlled possession for the majority of the match, Skhiri scored right at the hour mark to extend the lead to 2-0. Thorgan Hazard scored with just under 20 minutes remaining to trim the lead but it wasn’t enough to help them come back. An utterly disappointing result from a Dortmund side who has started to show poor form in recent times. They have lost two of their past three Bundesliga matches. The last time these two teams met, Lazio defeated Dortmund from a complete team effort. Dortmund will aim to not have a similar result. Although they have struggled recently in the Bundesliga, they have plenty of quality in their lineup to turn things around. The German team, led by the likes of Marco Reus, Jadon Sancho, Mats Hummels and Erling Haaland will be no easy task for the Biancocelesti.

When Lazio lost against Sampdoria back in October, days later they played Dortmund in the Champions League. It will be a similar situation once again for the Biancocelesti who will need to turn their focus immediately to this match against Dortmund in the Champions League. They enter this match with plenty of players available and will aim to put forth a much better performance. With a win, the Biancocelesti will book their place into the Round of 16. Dortmund are in the same situation as well so expect both sides to be highly motivated for this contest. If Lazio are to pick up the three points will need to be inspired and mentally prepared against Dortmund who has proven to be difficult to play against.