Lazio won a vital point against Borussia Dortmund that almost certainly will carry them through the knockout phase of the Champions League. That’s, at least, if they avoid an unimaginable disaster against Club Brugge in a week’s time. Coach Simone Inzaghi lined-up a predictable Biancocelesti side, but it was his players’ conviction that helped them avoid defeat.

Inzaghi opted to employ his most often used formation, the 3-5-2. It was mainly the same formula adopted at the weekend when his team lost 3-1 to Udinese.

The most significant improvement over that line-up was the return of Sergej Milikovic-Savic. This allowed Lazio to feature a technical three-man central midfield line that also included Lucas Leiva and Luis Alberto. With these pieces in place, the Italians were able to play out through the middle of the park.

This was a wise, albeit unexciting move on Inzaghi’s part. His wide players were predictably outpaced and outclassed by Dortmund wing-backs. Raphael Guerreiro and Mateu Morey bossed play down the wider areas, with Adam Marusic and Mohamed Fares prone to make mistakes.

At times, Fares, Francesco Acerbi, and Luis Alberto overloaded the left-wing in a bid to counteract Morey’s influence. 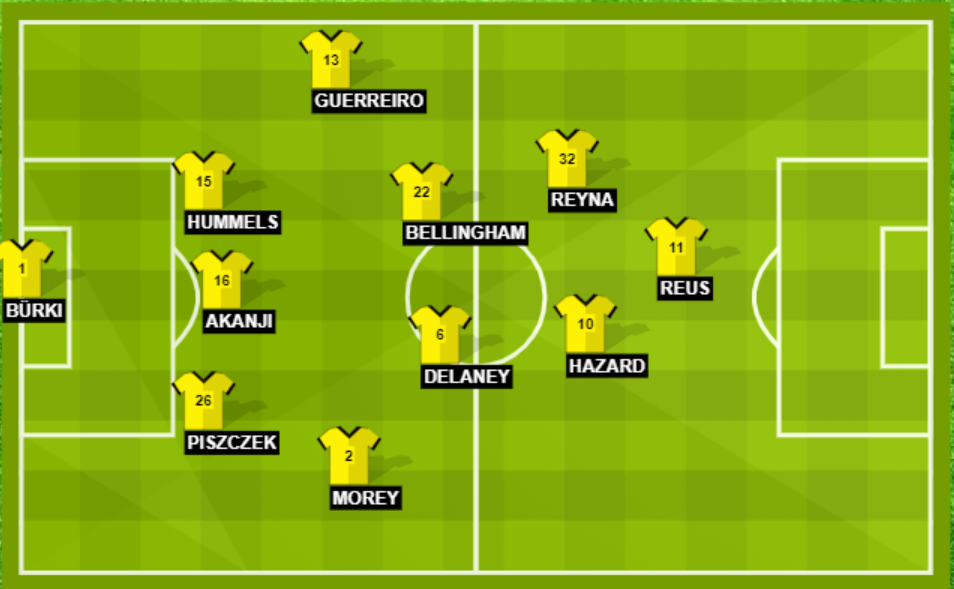 Dortmund approached the game as group leaders. While they still, technically, had to win points from their final two outings, the Germans’ convince was riding high.

Early before the game, Favre was forced to make readjustments. Erling Haaland, one of the most exciting strikers in Europe, suffered an injury that could see him out for the rest of the year.

Favre opted for a 3-4-2-1 formation. It’s the same style that Dortmund used in the second half of their first match against Lazio. However, with Marco Reus substituting Haaland in the attack, the build-up was changed slightly.

When in possession, Dortmund looked to build-up from the back (Mats Hummels had 109 touches of the ball). They pressed lower down the pitch than usual, looking to win back the ball and use the explosiveness of Morey and Guerreiro to not allow Lazio to break on the counterattack.

And, Lazio was, no doubt, lucky to not have to guard against Haaland. His replacement, Marco Reus had only one shot on goal. The last time that Dortmund played in the UCL, Haaland took seven shots, three of them on target. 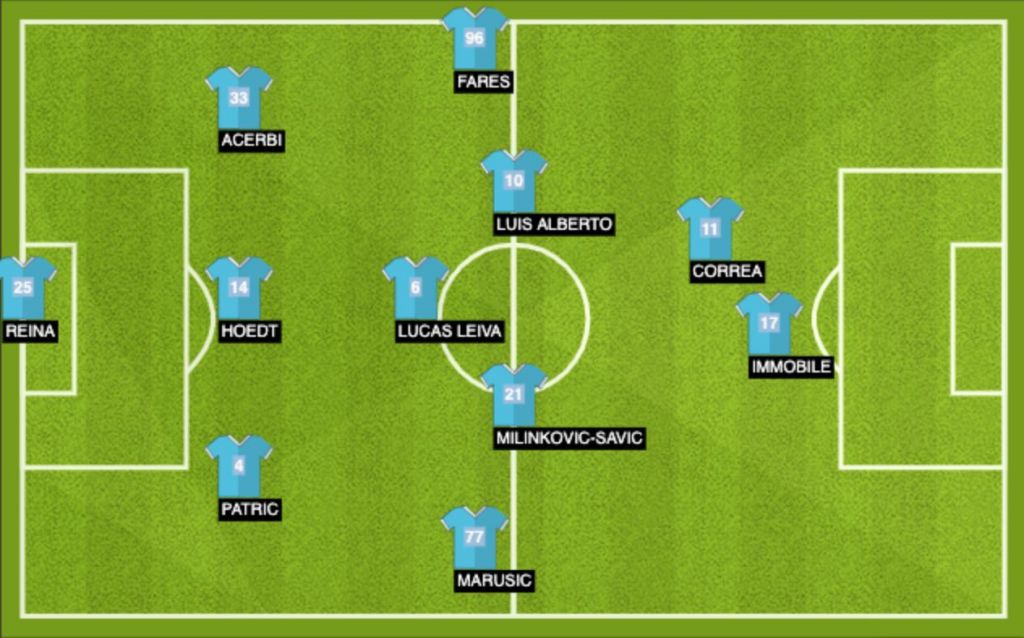 Dortmund dominated possession through their four central midfielders. Thorgan Hazard and Jude Bellingham were particularly impressive. Still, Lazio played a better game than against Udinese and this was due mainly to one factor, the reemergence of Milinkovic-Savic.

The Serbian was the lynchpin for Lazio’s attacks, able to pass quickly with Leiva and Luis Alberto. He also showed his capacity to feed passes to Ciro Immobile in positions where the striker could use his long-range shots. Milinkovic-Savic even drifted towards the wider right side of the pitch, at times, to make up for Marusic’s tendency to advance through the middle.

We should also note the importance of Acerbi to Inzaghi’s tactical vision. The Italian occupied the most advanced position of any central defender in the line-up. He often drifted towards the middle and left side of the pitch, using his skill and strength to assist offensive play.

Immobile managed to save Lazio a point by scoring from the spot-kick against his former club. The Italian remains one of the finest strikers in Europe. Throughout the match, he was constantly on the move, either searching for space or pressing against Dortmund’s attackers. He took five shots, three on goal, and was a constant thorn in the opposition’s side.

Lazio prepares for the fixture against Club Brugge knowing that they need at least a point in order to qualify. The Belgian side’s efficient performance against Zenit can’t have gone unnoticed by the Biancocelesti.

Simone Inzaghi is a master of preparation. While the core of his tactics are, at times, old-fashioned, his small tweaks from one game to another help his team respond efficiently against their opposition.

Expect Lazio to once again line-up in a 3-5-2 against Brugge, to allow the Belgian team to boss possession, and to attempt and profit on the counterattack through the speed and intelligence of Immobile. Lazio should qualify for the next round of the competition if all goes as expected.