Video: Another Mistake by Lazio Leads to Verona’s Second Goal 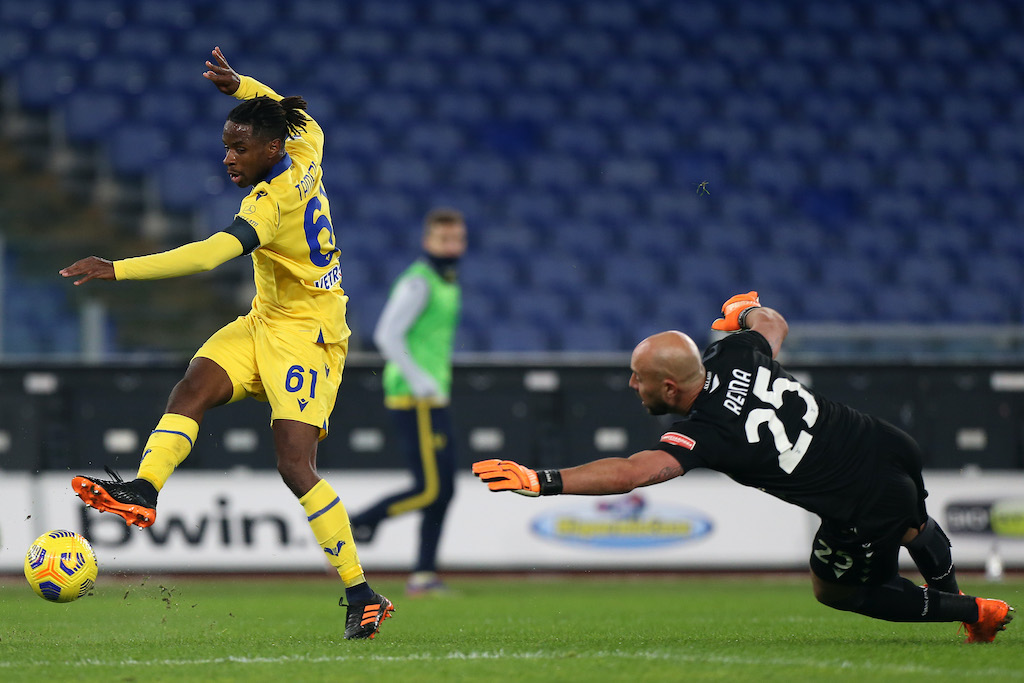 After tying the match (courtesy of a Felipe Caicedo strike), another Lazio mistake led to Verona’s second goal, as some pressing from Eddie Salcedo led to Stefan Radu committing a passing error.

The poor back pass led to Verona’s Adrien Tameze being left one on one against Pepe Reina; the Spaniard wasn’t able to keep the ball out of the net, and Verona went up 2-1.

An own goal scored by Manuel Lazzari was the error that led to Verona’s first goal.

Tags Adrien Tameze Lazio vs Verona Pepe Reina Reina Tameze
Related Articles
Reina Confirms Final Year as a Professional: ‘I Think It’ll Be the Last One’
26 May 2022, 11:30
Reina Decides to Stay With Lazio After Automatic Contract Renewal
23 May 2022, 12:30
Six Lazio Senior Players Who Will Be Out-Of-Contract This Summer
14 May 2022, 6:30