Lazio shined in its recent Serie A fixture against Napoli. Simone Inzaghi’s side needed to win following back-to-back winless results, and it delivered with a crucial 2-0 home win over Napoli.

Several players delivered in the fixture, including goalkeeper Pepe Reina, defender Stefan Radu and midfielder Luis Alberto. The trio of Lazio talents made WhoScored’s Serie A Team of the Week for matchday 13 thanks to their stout performances against Napoli. 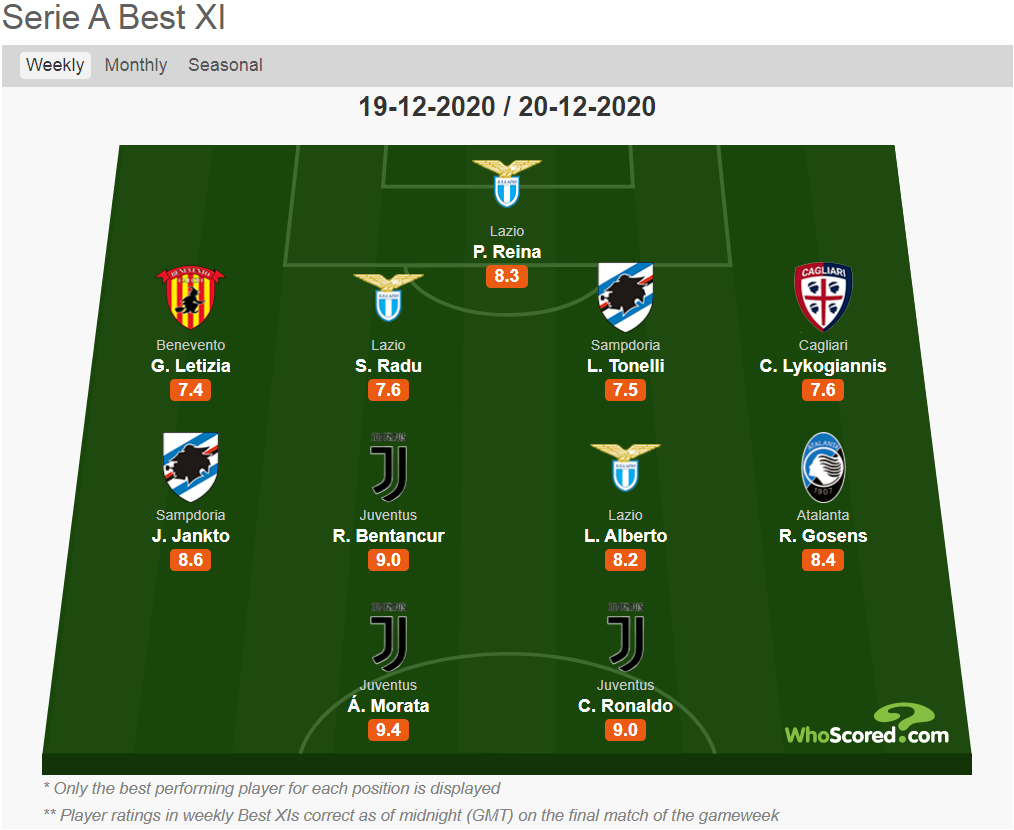 Reina logged six saves in the contest and did what he could to keep Napoli away from the scoreboard.

Radu recorded six clearances, three interceptions, two blocked shots and two tackles as he also did his part to preserve the clean sheet.

And in his 150th career appearance for Lazio, Alberto scored a key goal in the second half that essentially clinched the win for the Biancocelesti. He also created four goal-scoring chances in the fixture.

The trio delivered in Lazio’s best win of the league season so far.