The Biancocelesti had only defeated the Rossoneri once in the league in the last 30 years at this stadium before this fixture, which came last season (2019/20). In addition, both sides had important players missing from their respective squads; more so Milan than Lazio. Furthermore, Stefano Pioli’s men were undefeated in Serie A coming into this match, while Simone Inzaghi’s side had been very inconsistent.

As a result, many had deemed a draw would be the probable outcome of this match. However, this did not happen, as Milan capitalized off of Lazio’s defensive errors to secure a 3-2 victory. 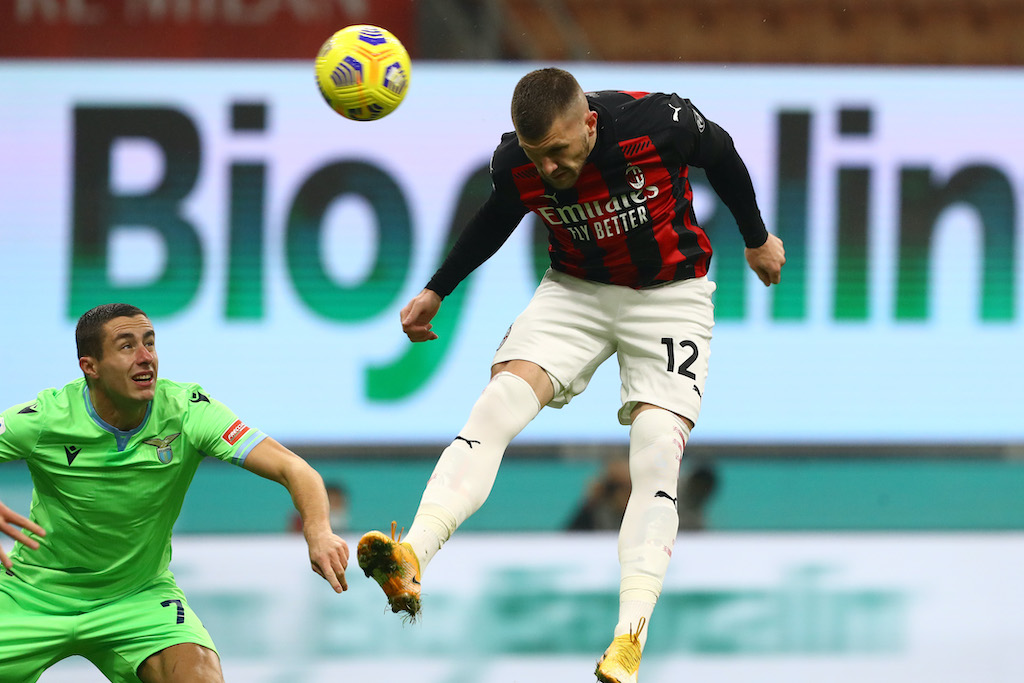 The first goal of the match came within the first 10 minutes of play, as Milan forward Ante Rebic scored a header off of a corner kick taken by Hakan Calhanoglu. Adam Marusic was marking the Croatian international, but he easily shrugged off the Montenegrin to find himself in space, climb for the ball and put Milan ahead. 1-0. 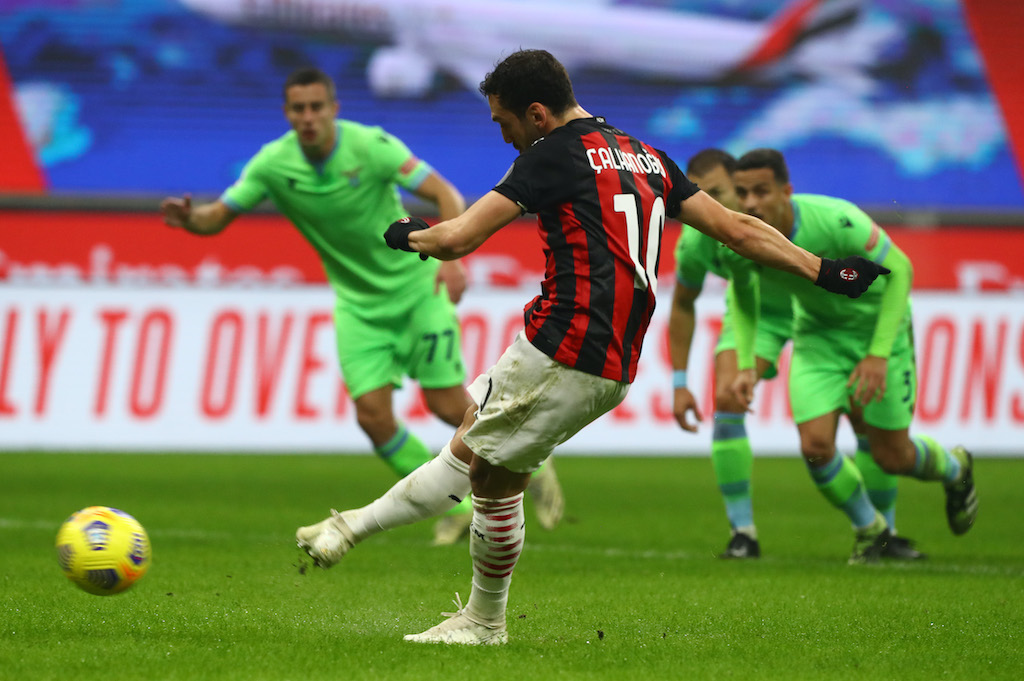 Just seven minutes later, Milan had doubled their lead from the spot. Patric dove to block a Rebic shot but caught the Rossoneri forward on the follow-through. As a result, Marco Di Bello whistled for a penalty. Calhanoglu stepped up and placed the ball into the right corner of the net, with Pepe Reina going to opposite way. 2-0.

While it was looking like it was going to be a long night for the Biancocelesti, Di Bello called a penalty for Lazio just before the 30th minute. Joaquin Correa had been stepped on by Pierre Kalulu while going for a header and the referee pointed to the spot. Ciro Immobile stepped up to take the penalty, and while it was well-struck towards the bottom left corner, Gianluigi Donnarumma made an excellent save. However, Luis Alberto was first to the ball to knock in the rebound. 2-1. 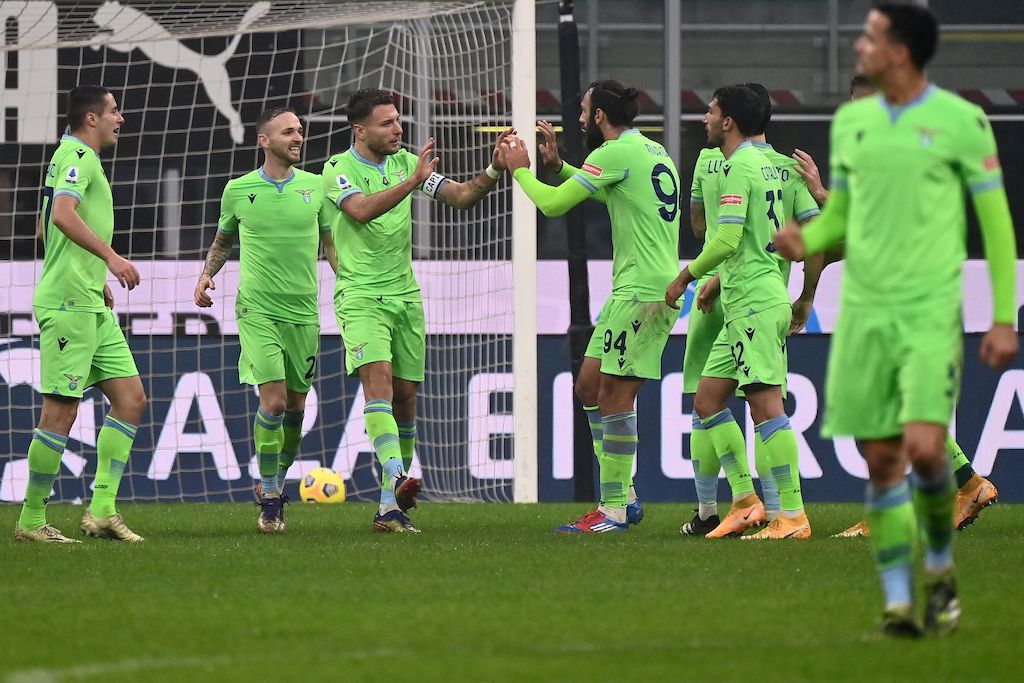 Into the second-half, right before the 60th minute, Lazio equalized off of a well-executed team play. Luis Alberto passed the ball to Danilo Cataldi, who then passed the ball into Sergej Milinkovic-Savic. With one touch, lofted the ball over Milan’s backline to find Immobile. On his first touch, he directed the ball into the bottom right corner out of Donnarumma’s reach. 2-2. 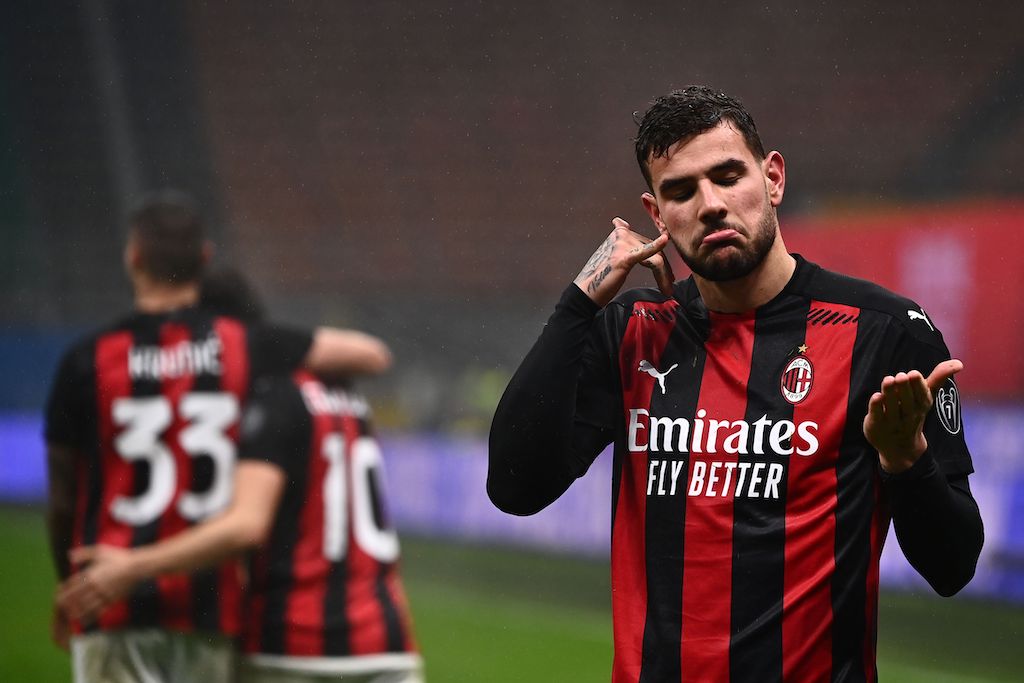 While this match looked destined for a draw, in the final play of the match, Theo Hernandez scored off of a corner to secure all three points for the Rossoneri. Luis Alberto let the defender go far too easily and he placed a strong header into the back of the net. 3-2.

Poor defending cost Lazio this match; hopefully this will be something Inzaghi focuses on in the short-term to prevent it from happening again in the future…