One of the most disputed rivalries in Italian football is the Derby della Capitale. In over nine decades of matches, Lazio and AS Roma have played some of the most spectacular and famous matches in Serie A.

In the latest installment of the derby, it was the Biancocelesti that got the upper hand in dramatic fashion. Much of this was owed to the great individual performances of Lazio’s midfielders. 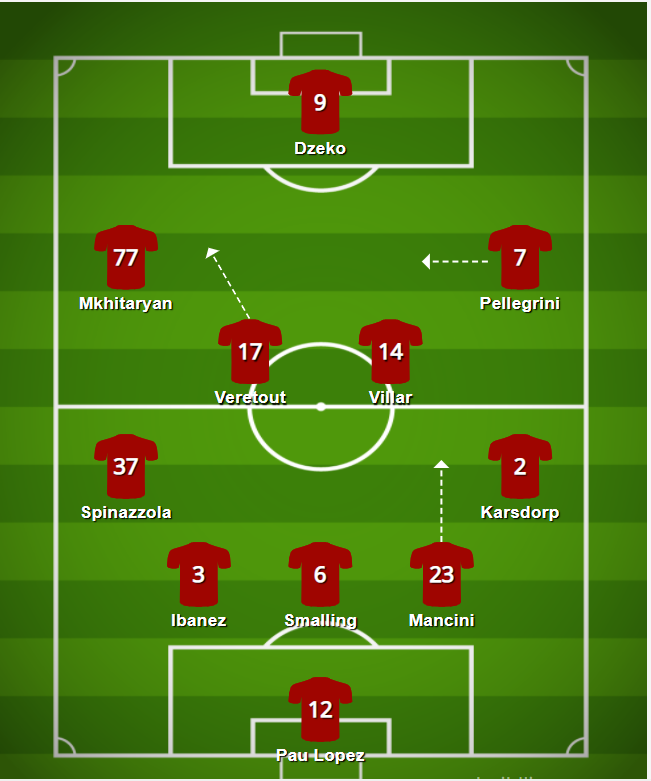 On paper, AS Roma’s default tactics seemed like the ideal match for their rivals Lazio. The Giallorossi were assembled by Paulo Fonseca in a 3-4-2-1 formation. This can easily shift to a 3-5-2 when the team is developing attacks through the center of the pitch and the full-backs climb up the field to provide the team with extra width. On paper, this should have perfectly balanced out their rival’s strengths. 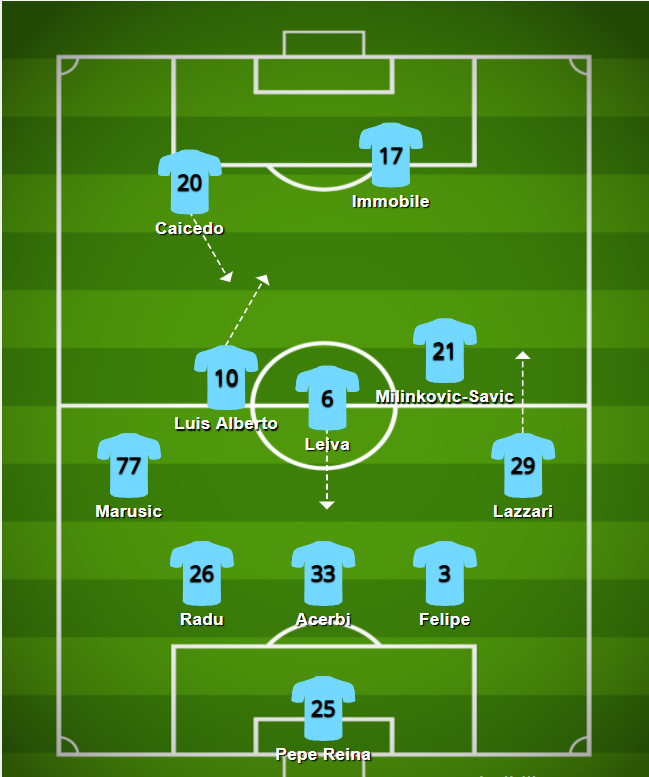 Simone Inzaghi remained consistent in his 3-5-2 strategy that, above everything else, prizes the players’ capability to move on to quick counter-attacks at the drop of a coin. This was, in fact, the ideal moment to venture towards the deep passes that quickly set Lazio’s players on the offensive, as AS Roma, throughout the season, has been known to leave plenty of space to be exploited behind its full-backs.

A Battle Carried Out at the Half-Way Line

In many ways, the battle between the two teams’ central midfielders can explain this derby. The Giallorossi enjoyed a fairly good run of form since November. This was largely to do to the impact of players like Henrikh Mkhitaryan and Lorenzo Pellegrini. Both play a brave, risky style of football. When this approach works, it can put Roma into great goalscoring chances. When it does not, the turnovers will greatly hurt the team. 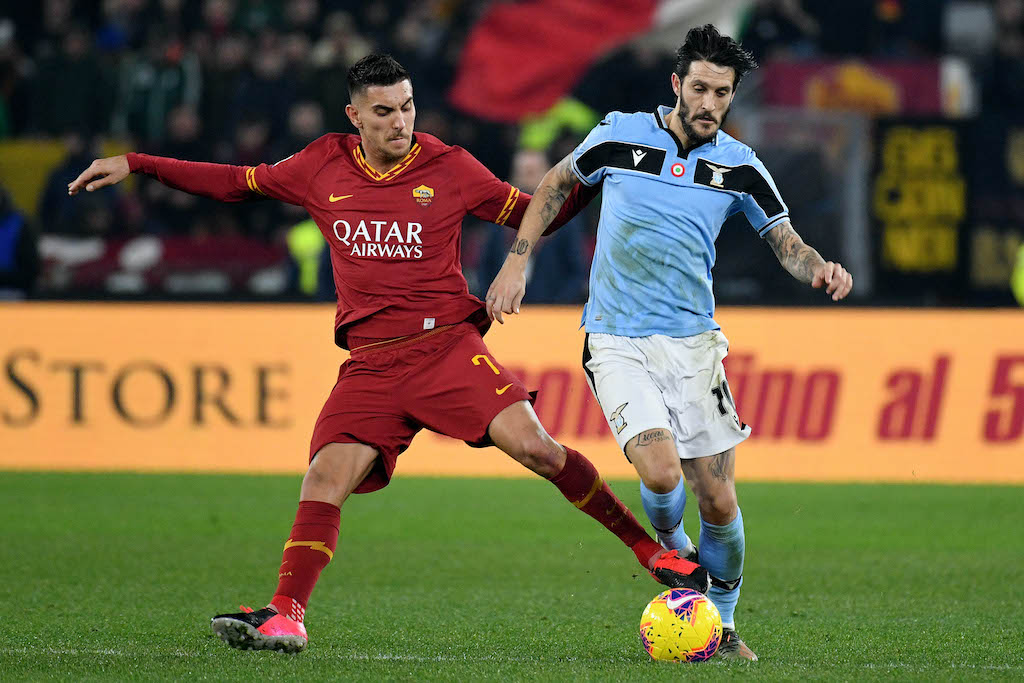 Lazio’s aggressive pressing and the individual skill of players like Luis Alberto, Manuel Lazzari, and Ciro Immobile meant that AS Roma was forced to live precariously. The Biancocelesti’s players were, naturally, great at winning back the ball, and putting in useful long passes that landed towards the feet of Immobile and Felipe Caicedo, two of the strongest forwards in Serie A.

A 3-0 result in Derby della Capitale will naturally receive a lot of attention. Still, this was not a case of AS Roma crumbling under pressure, or even failing miserably. It was a match in which Simone Inzaghi’s counter-attacking tactics worked wonders.

Lazio’s five midfielders were exquisite in their pursuit of possession and their passing. Luis Alberto, Lucas Leiva, and Sergej Milinovic-Savic all won tackles, aerial duels, and showed greater skills on the ball than their rivals. Felipe Caicedo played a less advanced role. This allowed the forward to use his strength to foil AS Roma’s attempts at dominating the midfield line. 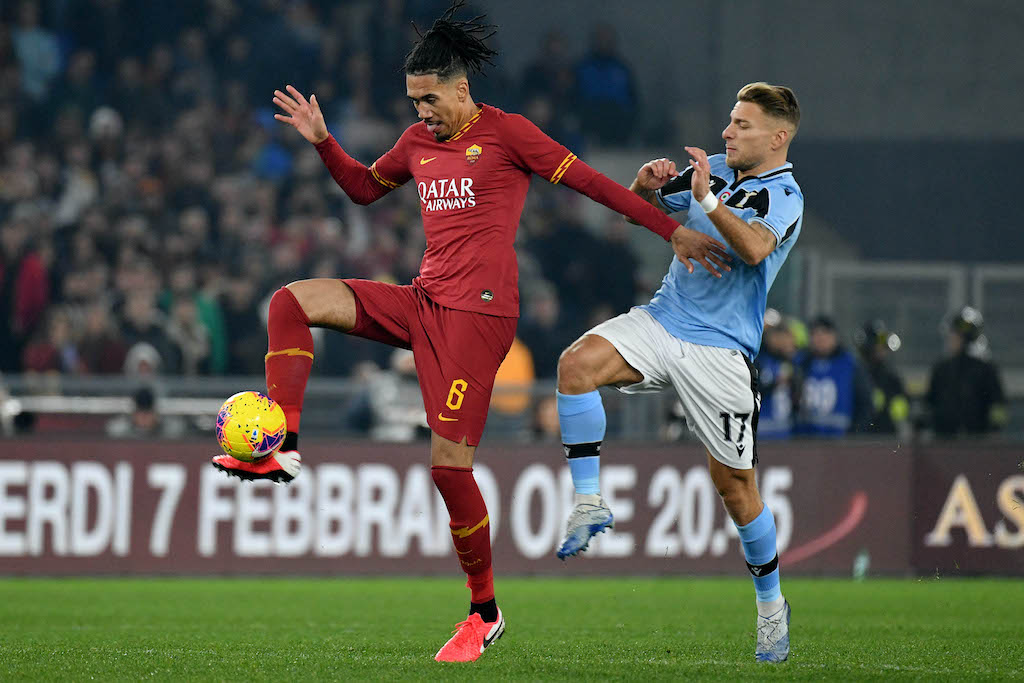 Lucas Leiva and Luiz Felipe did a great job of neutralizing Henrikh Mkhitaryan, arguably Giallorossi’s best player this season. Furthermore, the use of Francesco Acerbi as a libero left Edin Dzeko with very few passes that the Bosnian could turn into goal scoring chances.

Perhaps, the biggest contribution in terms of the creation of goal scoring chances was that of Lazzari. The winger’s form has varied throughout the season. However, against the slow, passive defensive work of Leonardo Spinazzola and Ibanez, the Italian was able to run riot.

Paulo Fonseca was punished for misjudging the quality of Lazio’s midfielders; the 3-0 scoreline was a fair representation of the match.

Once again, Simone Inzaghi’s tactics worked brilliantly. Yet, we cannot neglect to say mentioning that this was partly due to the style of Lazio’s opponents, as well as to the individual quality of players like Immobile and Alberto.

Inzaghi’s methods are beginning to be noticed by other highly-rated Serie A teams who are applying these strategies. Lazio sits in seventh place, but the second part of the season promises to provide some truly exciting clashes. 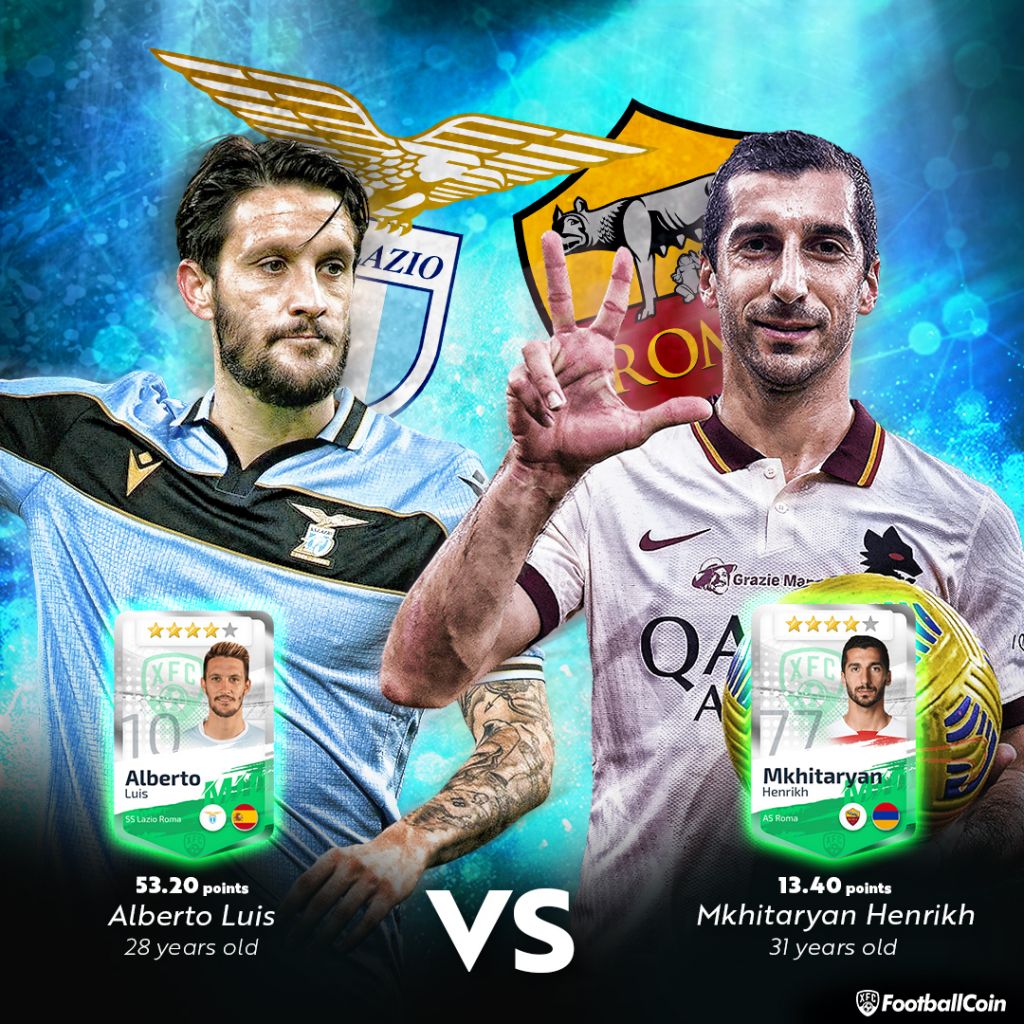