Atalanta 1-3 Lazio: Three Takeaways From the Serie A Clash

Lazio managed to extend their unbeaten streak to seven straight matches in Serie A as they won 3-1 versus Atalanta at the Gewiss Stadium. Adam Marusic, Joaquin Correa and Vedat Muriqi all led the way for Lazio in a lopsided affair. Mario Pasalic scored the lone goal for La Dea.

It was Lazio’s second win in their last nine matches versus Atalanta, with their other win back in May 2019 in the Coppa Italia finals. The home side struggled to break down Lazio’s defense as they were limited to very few chances and hardly tested Lazio goalkeeper, Pepe Reina.

Lazio sought vengeance after a disappointing result mid-week in the Coppa Italia where they lost 3-2 in the quarter-finals versus Atalanta. Coming off a short turnaround, Lazio followed up with a much better performance and keep pace for a top-four spot in the standings.

Lazio have yet to lose a match in Serie A in 2021 and have been one of the strongest team since the New Year. They now find themselves sitting in sixth place in Serie A, just two points back of Juventus for fourth place.

So, what are the three takeaways from Atalanta vs Lazio? 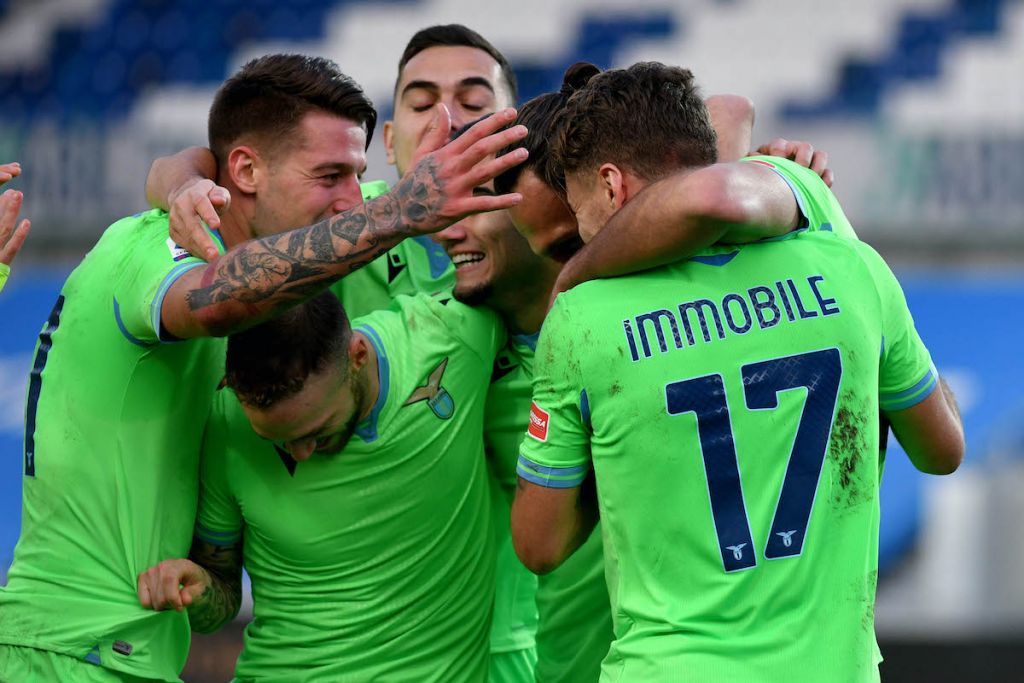 This season, Inzaghi has been ridiculed for his tactical decision making throughout the season. The timing of his decisions and who’s he brought onto the pitch has been questioned. Against Atalanta, Inzaghi got his starting lineup right as the back three of Patric, Francesco Acerbi and Stefan Radu did well together to start the match.

Patric received a yellow card early in the first half where he hauled down Duvan Zapata and prevented him from a scoring opportunity. Inzaghi took no chances and subbed off Patric for newcomer, Mateo Musacchio, who just signed this past week from the winter transfer market. It was a cautious decision yet one that prevented Lazio from going down a man in the long run. Additionally, he subbed off Luis Alberto just before the hour mark as he just returned from an injury.

Inzaghi’s three-man substitution was his best decision of the day as he brought on Muriqi, Gonzalo Escalante and Andreas Pereira in place of Ciro Immobile, Lucas Leiva and Joaquin Correa. Lazio held a 2-1 lead at the time of this change and minutes later it was Muriqi who scored the assurance goal after a hard-fought effort from Pereira to win the ball in the Atalanta box from a slick pass from Sergej Milinkovic-Savic.

Atalanta manager, Gian Piero Gasperini was outcoached in this match versus Inzaghi who played his cards perfectly. Even though notable players such Hans Hateboer, Robin Gosens and Cristian Romero were missing, Inzaghi did a great job of taking full advantage and seizing an important win. 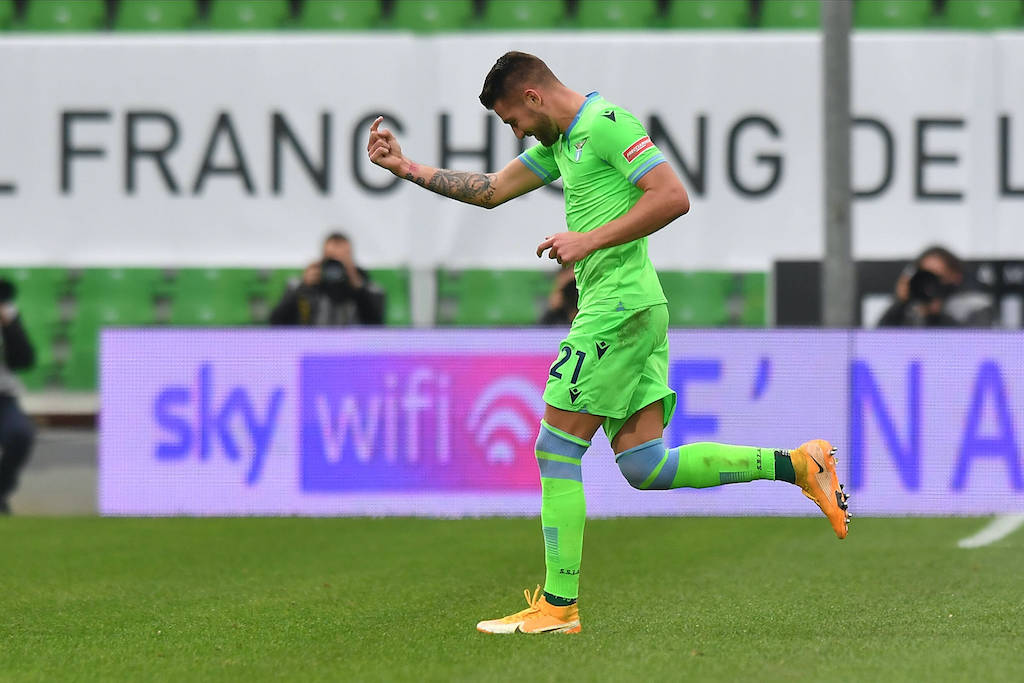 Sergej Milinkovic-Savic Continues to Show His Dominance in the Midfield

Milinkovic-Savic once again followed up with another great performance for Lazio. The Serbian was formidable against Atalanta as he was physical, demanding, won challenges and controlled the pace of the match. He’s been one of Lazio’s most potent players in recent times as he continues to help his side win matches.

In Lazio’s third goal, Milinkovic-Savic delivered a beautiful long pass towards Atalanta’s box from midfield where he showed a great touch and precision on the pass. Pereira followed up with a timely and well-executed run to win the ball and make a pass towards Muriqi inside the box, who scored into a vacant net as Atalanta goalkeeper, Pierluigi Gollini was caught out of position. The goal started from Milinkovic-Savic reading the play and catching Atalanta high off their line as they tried to tie the game.

It was a hard-fought game from Milinkovic-Savic where he made two successful dribbles, two key passes, three aerial duels won, made five tackles and executed 4/7 long ball passes. The Serbian has missed just three matches in Serie A this season and has accumulated 1443 minutes played with Alberto the only other midfielder to play over 1000 minutes with 1350. At a time where Inzaghi has needed to depend on the Serbian due to the absence of Leiva and Alberto, he’s stepped up for his manager and delivered quality performances. 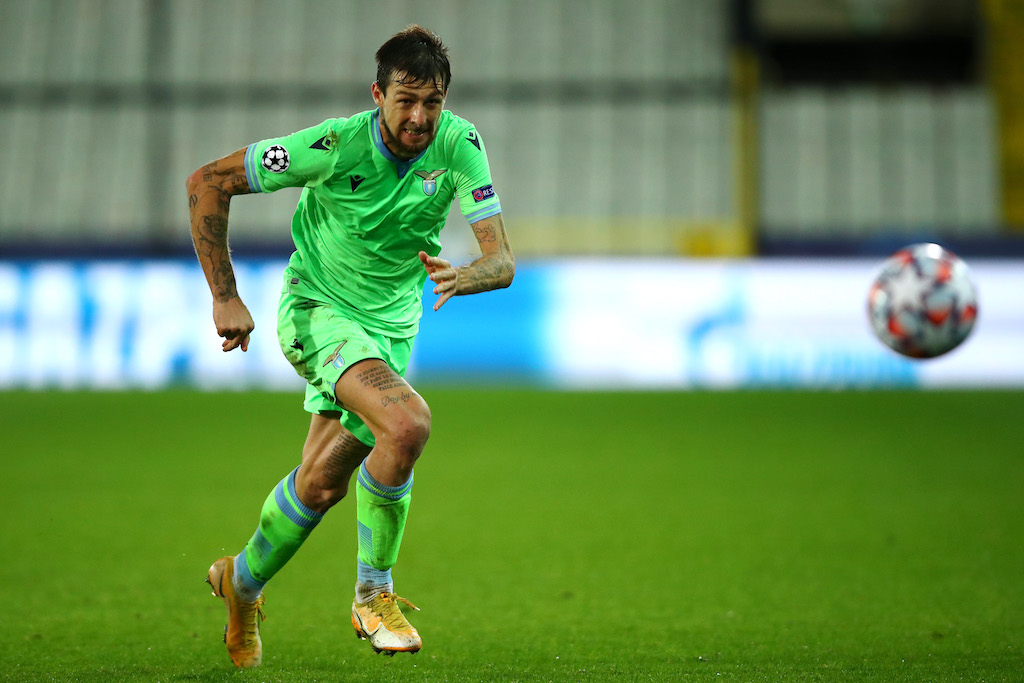 Lucas Leiva & Francesco Acerbi Step up in the Defensive Side

Leiva made his return to the lineup after missing the mid-week fixture in the Coppa Italia versus Atalanta. His presence was felt in the backend as he did a great job defending the likes of Zapata, Josip Ilicic and Aleksey Miranchuk. While Leiva is no longer the player he once was, giving him the proper rotation and extra rest seems to be working for the Brazilian.

In a crucial match for Lazio, Leiva stepped up for his side with a quality performance as he finished with three interceptions, two tackles and three aerial duels won. He was physical and looked calm in the midfield as he showed good speed and made critical challenges.

Acerbi was also pivotal in the backend and continues to be the anchor as he’s been consistent and vocal. He too had a similar performance to Leiva as he was strong and decisive in his play. The Italian made six clearances, two interceptions, two tackles and three aerial duels won. He did a great job man-marking Zapata as he limited his chances towards the goal.

Lazio defended well, limited Atalanta’s high-octane offense to very little and frustrated them throughout the course of the match. Lazio’s key defenders stepped and proved to be difference makers versus La Dea.