Bayern Munich 2-1 Lazio: Three Takeaways From the UCL Round of 16 Clash

It was a difficult task at hand for Lazio to come back versus Bayern Munich in the UEFA Champions League. After losing 4-1 in the first leg in the Round of 16, the Roman side were facing an uphill battle; on Tuesday evening, Lazio once again fell short in the second leg as they lost 2-1 and 6-2 on aggregate.

Goals from Robert Lewandowski and Eric Choupo-Moting helped Bayern defeat Lazio. Marco Parolo scored the lone goal for the Biancocelesti. It was a great performance from the team, who didn’t quit until the final whistle and showed great resiliency.

Bayern will now proceed to the Quarter-Finals while Lazio will shift their focus towards Serie A and aim to secure their spot for a second successive season into Europe’s prestigious competition.

So, what are the three takeaways from Bayern Munich vs Lazio? 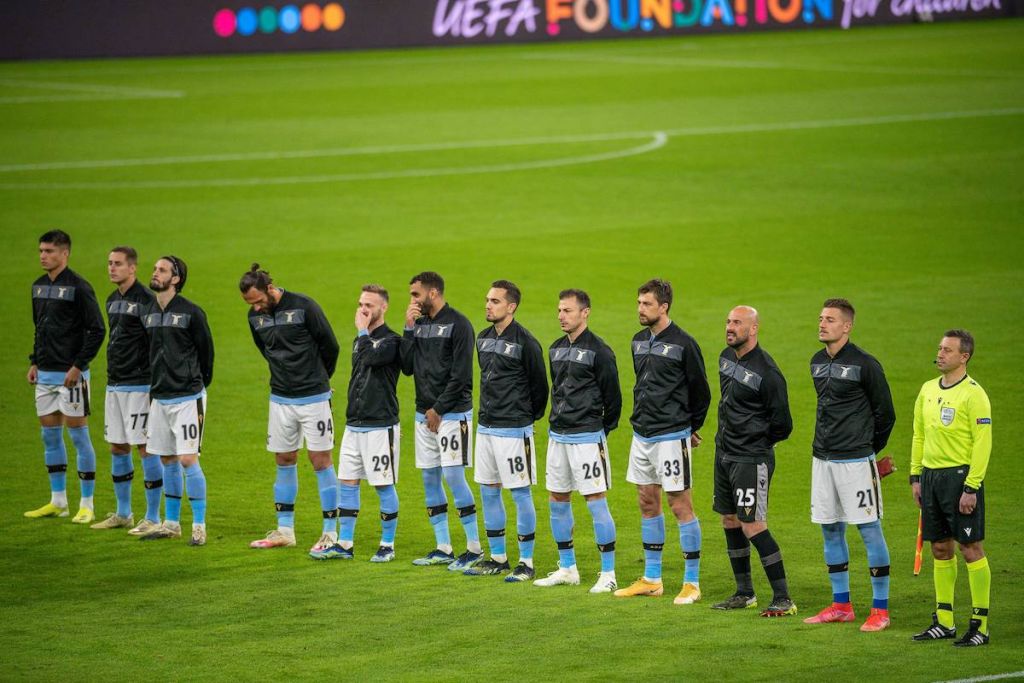 Lazio Put Forth a Courageous Effort Versus Bayern

After losing 4-1 at the Stadio Olimpico in their first fixture, they could have easily bowed-out versus Bayern, the defending champions. That was not the case and they came out strong in the first half-hour of the match. The Biancocelesti showed great intensity and character with the desire to win this match.

A penalty conceded by Vedat Muriqi in the first half shifted the momentum in Bayern’s favour. Regardless, it was a valiant effort from the Roman side, who stayed within reach of Bayern and tried to make something out of this match. The Serie A side will look back on their costly mistakes as they gifted Bayern the win in both fixtures.

Costly mistakes from Patric, Mateo Musacchio and Muriqi allowed Bayern to take control and play to their advantage. Mistakes needed to be limited against a side such as Bayern, who have plenty of talent. It was Lazio’s first appearance in the Champions League after 13 seasons and they gained plenty of experience from this. Now it’s time to move forward and try to return for a second straight season. 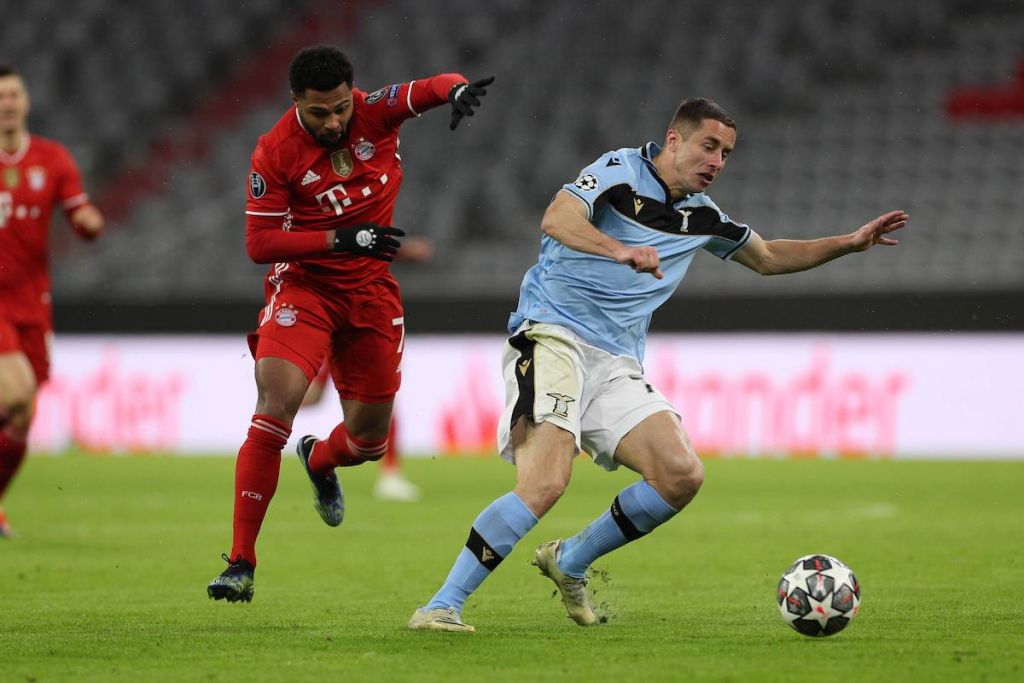 Adam Marusic Continues to Be Simone Inzaghi’s Most Versatile Player

Adam Marusic continues to have a stellar season for Lazio and has been one of their most reliable and consistent players. Lazio manager, Simone Inzaghi, has heavily depended on the wing-back, who has been used in various roles. Marusic is a natural right wing-back yet this season has been used out of position. He has featured in most games as a left wing-back with Mohamed Fares and Senad Lulic struggling to stay fit and Manuel Lazzari manning the right side.

In recent times, Inzaghi has once again shifted Marusic into a new role, playing at right centre-back. A gutsy move by the Lazio manager and one that has paid off handsomely. After Musacchio’s mistake in the first leg versus Bayern and Patric’s recent poor form and costly errors, this led Inzaghi to make a bold decision.

Marusic was effective throughout the match as he did a good job tracking back in transition, showed good awareness and rarely conceded a chance. His speed has allowed him to be effective at both ends of the pitch as he was able to join the attack and assert himself back into defense. He showed great composure and made it look very simple and has once again given Inzaghi a reliable option.

It was a productive performance from Marusic versus Bayern as he finished the match with four clearances, three interceptions and two tackles. This was his second time he played in this position this season and has shown positive signs. Lazio may have found their right centre-back for next season. 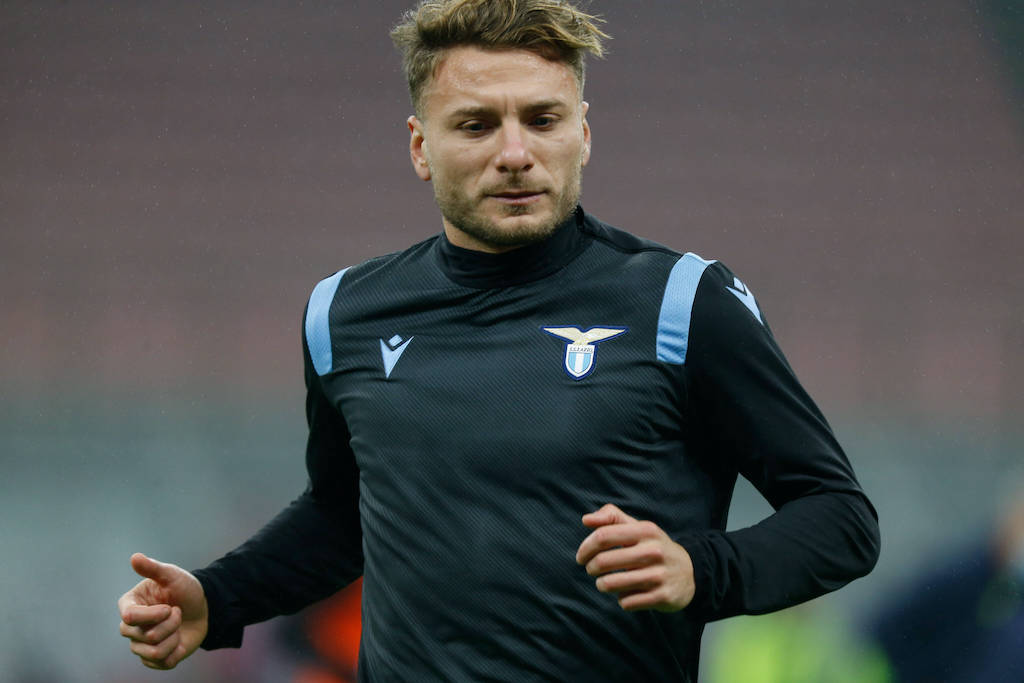 It has been a rough few weeks for Lazio striker, Ciro Immobile, who has shown poor form. Their talisman hasn’t scored in six straight games across all competitions and hasn’t performed at the level that he’s capable of. His runs have been off, he hasn’t been able to get into open spaces as he’s accustomed to and his shots have come from difficult angles.

Immobile’s confidence is definitely low at the moment and having him sit on the bench may have done him a lot of good. He’s played heavy minutes this season and Lazio coming back against Bayern would have been difficult. While Immobile could possibly be nursing an unknown injury, which could also be affecting his game, rest was needed for him.

This decision by Inzaghi could also mean that he was prioritizing Serie A and wanted his lead man ready for this Sunday’s match versus Udinese. Felipe Caicedo also wasn’t used in this match and could lead to both starting on Sunday.  Caicedo has been effective this season and he could be what Immobile needs beside him to boost his confidence and improve his play.