Lazio hosted Pippo Inzaghi’s Benevento in a Serie A clash at the Stadio Olimpico on Sunday yesterday, in an important game for both sides.

The Roman club are still looking to achieve a top-four finish and Champions League qualification this season, whilst Benevento are desperate for points in order to avoid potential relegation.

Biancocelesti coach Simone Inzaghi remained at home in isolation after testing positive with Covid-19 earlier this month, and so assistant coach Massimiliano Farris led the squad. 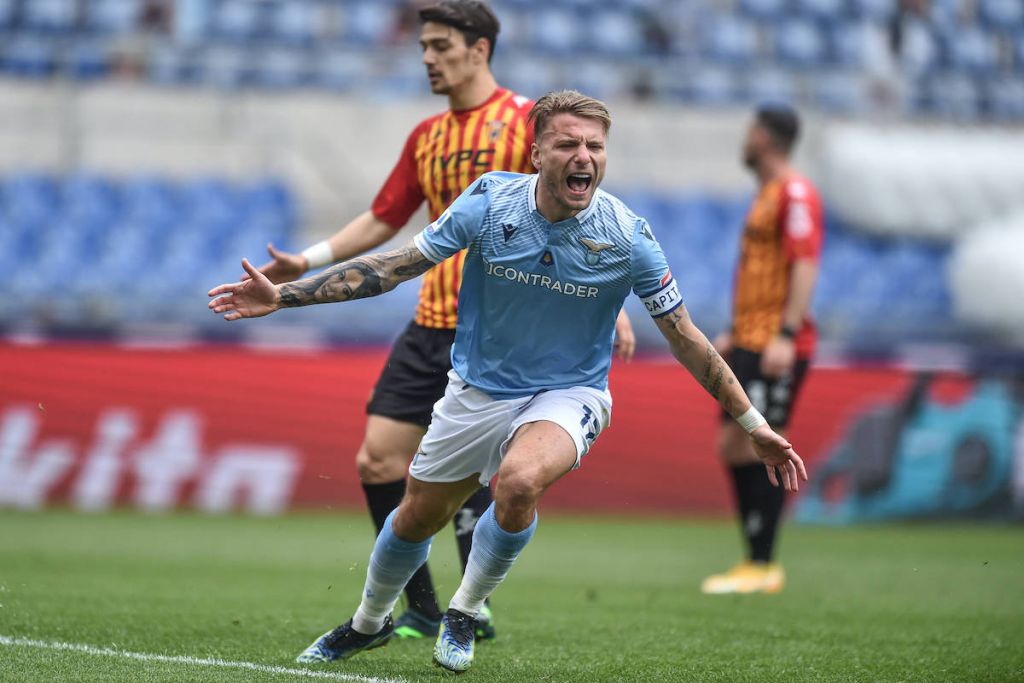 Lazio started the game positively, with Ciro Immobile almost found an early opener thanks to a bending cross from Mohamed Fares, but his header hit the post and the rebound spun wide.

The 31-year-old Immobile would get his goal only minutes later, although it was officially given as a Fabio Depaoli own goal. 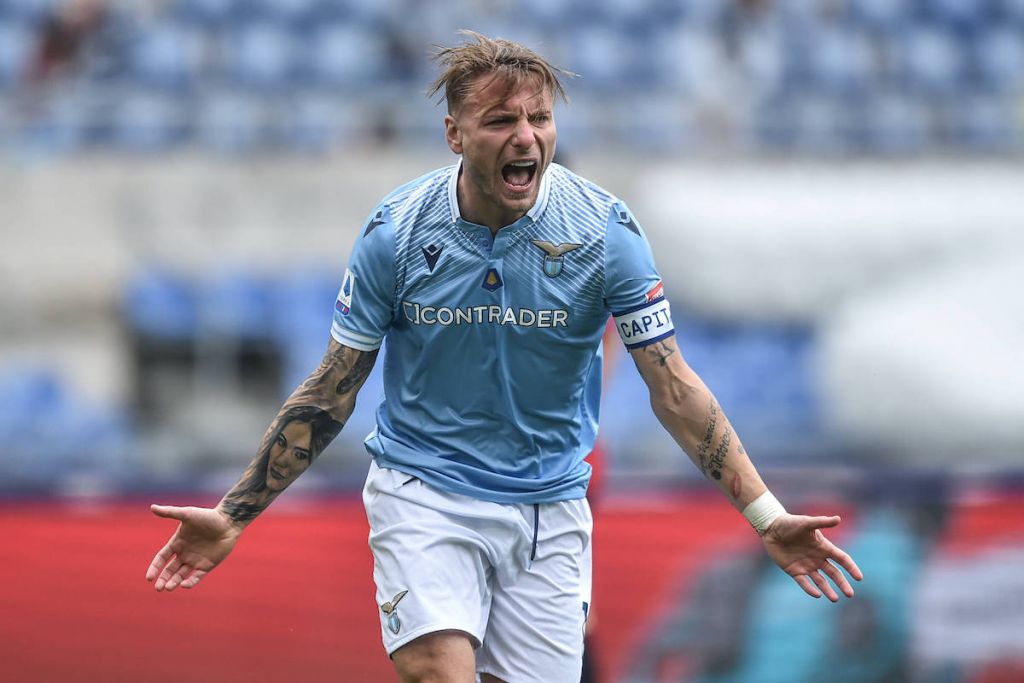 Immobile broke his eight-league game goal drought, important for his confidence at the business end of the season. 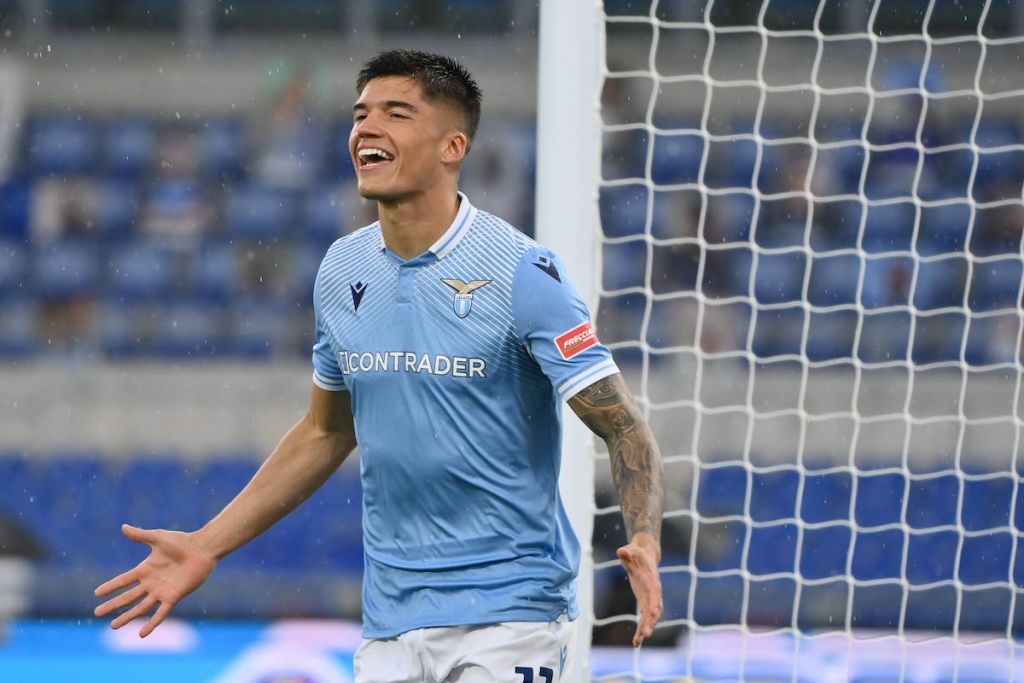 Lazio’s third goal came from the penalty spot, with Joaquin Correa managing to beat Lorenzo Montipò. The Italian shot-stopper fouled the Argentinian in the box after a strong run from the Lazio forward.

Correa’s previous league goal came against Juventus at the start of March. 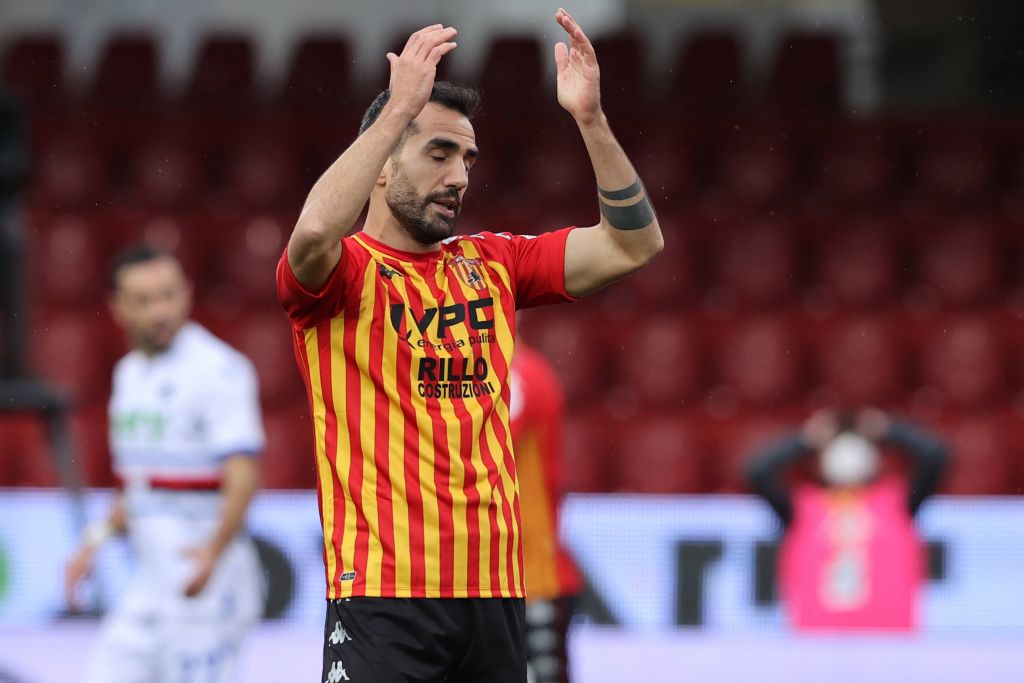 Just before half-time, Benevento found a sliver of hope after Marco Sau scored a beautiful strike from the edge of the penalty area, just managing to beat Spanish veteran Pepe Reina in the Biancocelesti goal.

The half ended 3-1 to Lazio, with the game quickly proving to be the highlight of the weekend. 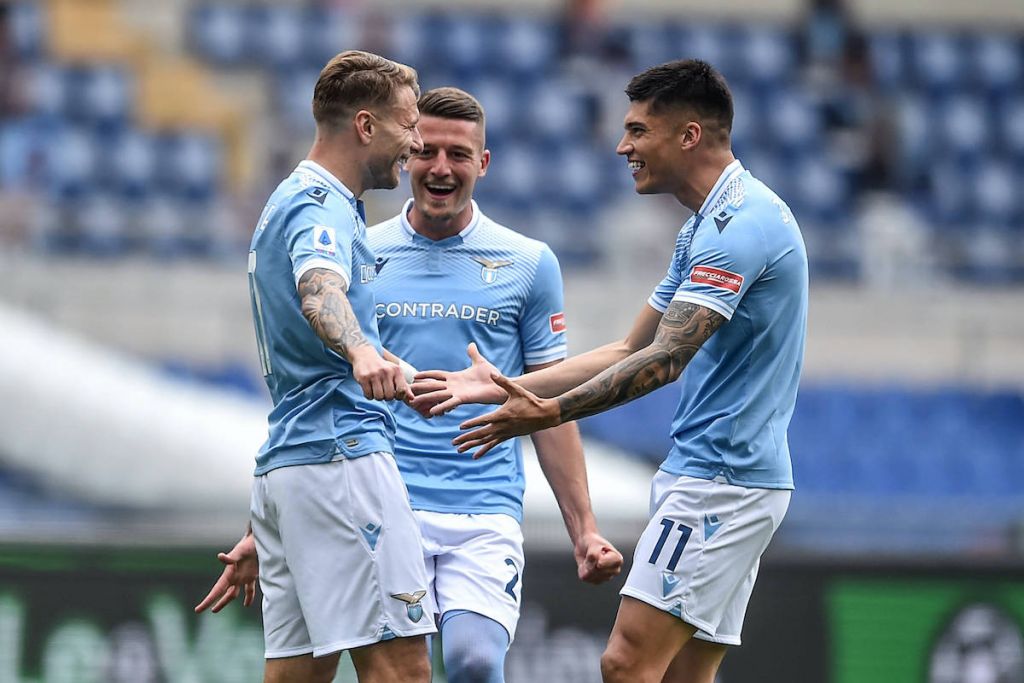 Just after half-time, another strong run from Correa was finished off by Montipò again, although this time it was an own goal compared to the foul before.

The wet Sunday afternoon in Rome was not lacking highlights, and these continued to appear as the half progressed. 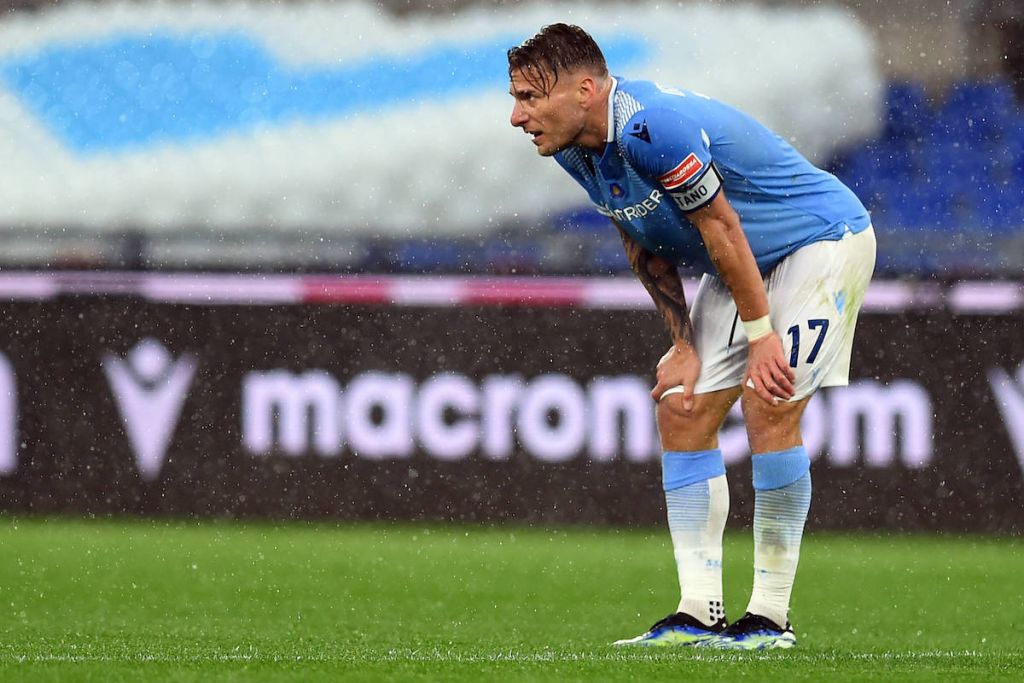 In the 55th minute, Biancocelesti midfielder Sergej Milinkovic-Savic was fouled in the penalty area during a small scuffle following a corner.

VAR confirmed the penalty and Immobile stepped up for his second of the game, but Montipò saved both his initial effort and the rebound, frustrating for the 31-year-old Italian. 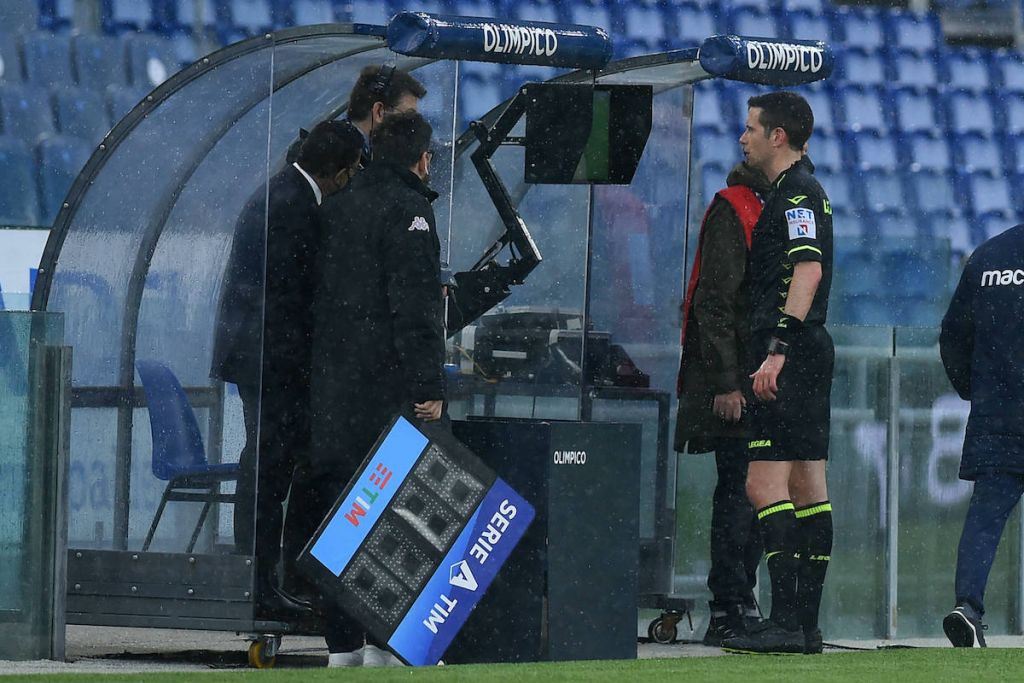 The Campania-based side then also struck back from the penalty spot, putting Pippo Inzaghi’s side back in the game, with Nicolas Viola beating Pepe Reina from 12 yards.

With the score being 4-2 with 27 minutes still to play, the game was set up for an exciting finish. 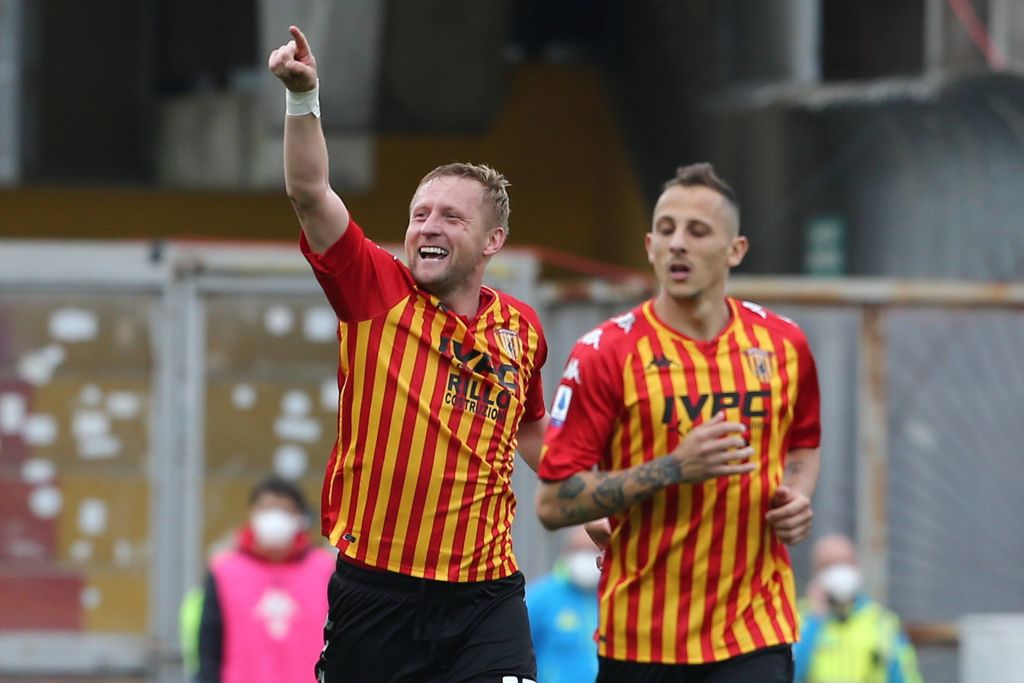 Benevento continued to be threatening from corners, and in the 85th minute finally found their hard-earned third goal, thanks to a header from Kamil Glik.

The final five minutes were set to be a tense and excruciating finish for Biancocelesti fans, as these three points would be key in the race for a top-four finish. 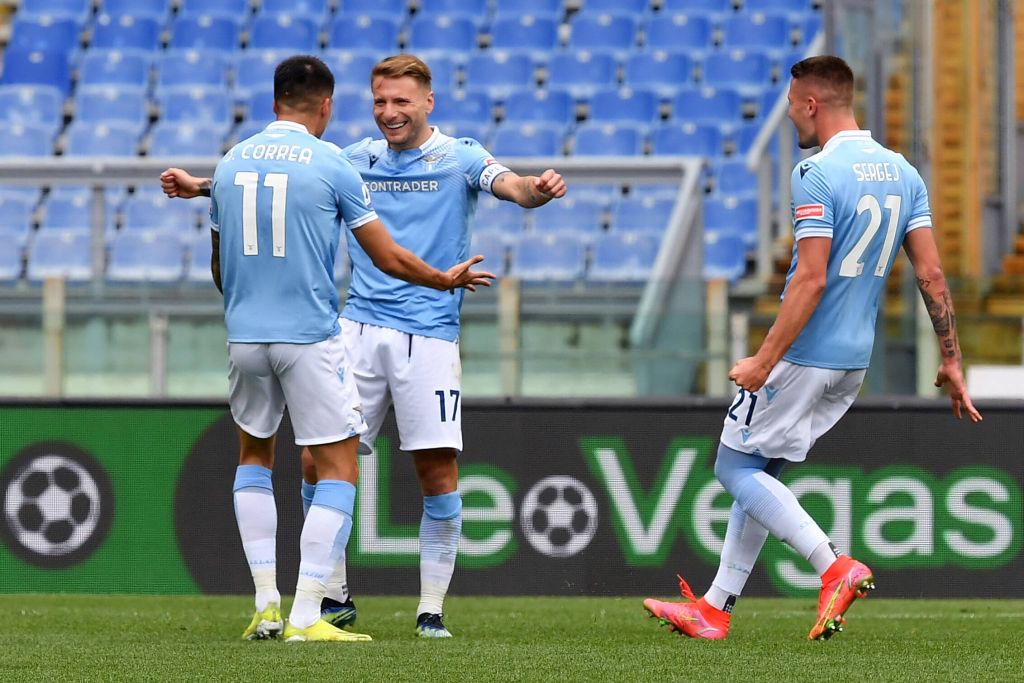 In the dying minutes of the match, Marco Parolo ran deep into the Benevento half, before setting up Immobile for a final, fifth goal of the match.

The goal was Immobile’s second, important for the Lazio star’s confidence after a tough period.

Lazio’s win over Benevento yesterday was incredibly important for the Biancocelesti. The Roman club now sit 6th in the Serie A table, only two points behind 5th place Napoli and four points behind 4th place Juventus, with the postponed match against Torino still to play.

Simone Inzaghi’s side will need to fire on all cylinders in the remaining Serie A games if they hope to qualify for next season’s Champions League.