Lazio wing back Manuel Lazzari’s goal just before halftime against AC Milan has been disallowed for offside.

The 27-year-old Italian, who is contracted to the Roman club until 2024, thought he’d scored his third league goal of the season against the Rossoneri in the 43rd minute of the match, but it was called back by referee Daniele Orsato after apparently being offside.

Below is a photo of the offside call against Lazzari and Lazio. 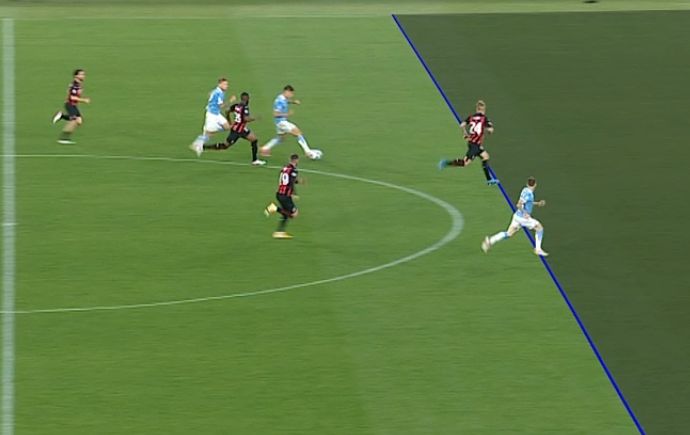