In the 143 times that the two clubs have played each other in Serie A, the Biancocelesti have won on 55 occasions, the Viola have won on 46 occasions and there have been 42 draws. When playing at home, Fiorentina has a record of 19W-20D-32L against Lazio.

In Fiorentina’s recent match against Bologna, they tied 3-3 at the Stadio Renato Dall’Ara. The Viola have been in poor form for quite some time as they have just two wins in their past eleven matches in Serie A.

Rodrigo Palacio had an outstanding game for Bologna and scored a hat-trick. Fiorentina held a 3-2 lead with under ten minutes remaining yet Palacio managed to score and preserve the tie.

This has been an ongoing problem for the Viola, who recently dropped points to Juventus, Genoa and Sassuolo due to their inability to hold on to their lead.

Fiorentina’s Dusan Vlahovic has been a bright spot and is also having a superb season. The forward leads the team in goals (19) and has contributed three assists. In his past six matches in Serie A, he has seven goals and one assist and has been one of the few players who has stepped up this season.

Many players have been disappointing for the Viola; one player, in particular, has been Gaetano Castrovilli. The midfielder had a strong start to the season as he scored four goals and contributed one assist in their first five matches. Since then, he has followed up with just one goal and two assists in 25 matches.

This match takes place after Lazio won 4-3 against Genoa at the Stadio Olimpico in Matchday 33 of the 2020/21 Serie A. Joaquin Correa led the way for his side with a brace and, has done so for a second straight game.

It was a decent result from the Biancocelesti, who dictated the tempo and pace for most of the match, however, the final ten minutes were frantic moments for Lazio. They held a 4-1 lead yet successive goals from Gianluca Scamacca and Eldor Shomurodov in a span of two minutes gave the Rossoblu a chance to come back. However, that’s as close as they would come in this match as Lazio managed to hold on to win and avoid a massive collapse.

With this result, they picked up their sixth win in their past seven matches in the top flight of Italian football. They remain five points back of AC Milan, who are in fourth place and hold the final spot for Champions League. 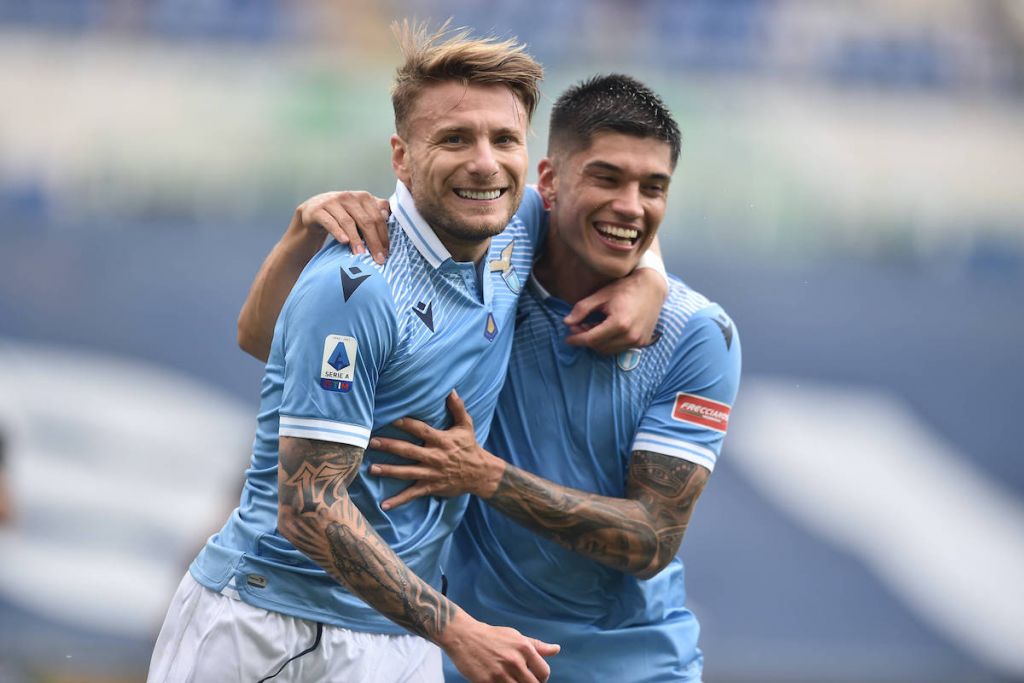 Ciro Immobile has been successful versus Fiorentina as the Italian has scored in five straight Serie A meetings versus the Viola. The Italian has been in great for Lazio in recent times as he’s scored in his past four matches. During that span, he has five goals, two assists and will aim to extend his scoring streak to five matches.

Correa has also shown good form in recent times as the forward has five goals in his past four Serie A matches. The Argentine has stepped up at a key point in Lazio’s season and will be relied upon in their endeavour for a top-four spot.

Lazio have been the more successful side in recent seasons as they’re unbeaten in their last seven encounters against Fiorentina in Serie A (five wins, two draws).

Although Lazio have managed to stay unbeaten versus Fiorentina, there have been intense and close matches between the two sides. The last eight games in Serie A have been decided by one goal or less; a tight match is expected with both clubs looking to secure three points.

If Lazio are to advance further and move up in the standings, they will need to be highly motivated, not let their guard down and take advantage of a vulnerable Fiorentina side.