Lazio defender Wesley Hoedt has come under fire after liking a post on Instagram about Fiorentina’s 2-0 win over the Biancocelesti.

According to a report from Italian media outlet La Lazio Siamo Noi earlier today, the 27-year-old Dutch defender was excluded from the Serie A squad registration list to make space for returning Brazilian centre back Luiz Felipe last week, ending his second spell in Rome with the Biancocelesti.

MORE: “We Had Our Chances” – Francesco Acerbi Discusses Lazio’s 2-0 Loss to Fiorentina

Whilst it’s too early to say that it was an unpleasant farewell between the two parties, it’s clear that Hoedt didn’t appreciate being replaced in the 25-man squad list.

The Southampton-owned man liked a post on Sky Sports’ Instagram page yesterday, which was about the Viola’s recent 2-0 win over Lazio.

MORE: “I Live This Birthday With Bitterness” – Lazio President Lotito Talks About Club’s 2-0 Loss to Fiorentina

Whilst this ‘like’ has since been removed, the player is at risk of sanction if it’s proven true, and fans have already expressed their frustration at his actions.

The Dutch defender is set to return to England soon, with his return to Southampton all but confirmed now after his exclusion from the squad list.

The 27-year-old Hoedt made 26 appearances across all competitions this season, for a total of 1587 minutes. In that time, he picked up eight yellow cards and helped the side keep three clean sheets. 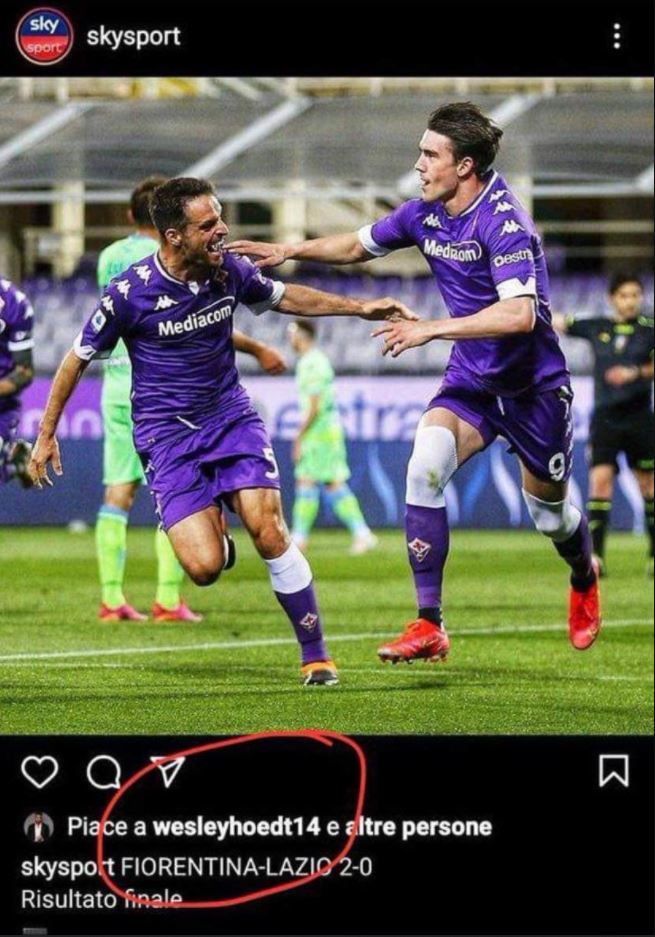