Italy followed up with another impressive performance as they became the first team to book their spot into the knock-out stage of Euro 2020.

Manuel Locatelli scored a brace and Ciro Immobile added a late goal as Italy defeated Switzerland 3-0. Locatelli had an outstanding match and has really stepped up for the injured Marco Verratti.

Manager Roberto Mancini spoke to RAI Sport following the match where he stated:

Switzerland are a strong side, we knew it would be a tough game and it was.

We had chances, could’ve scored earlier and suffered where we had to, but we deserved it at the end. 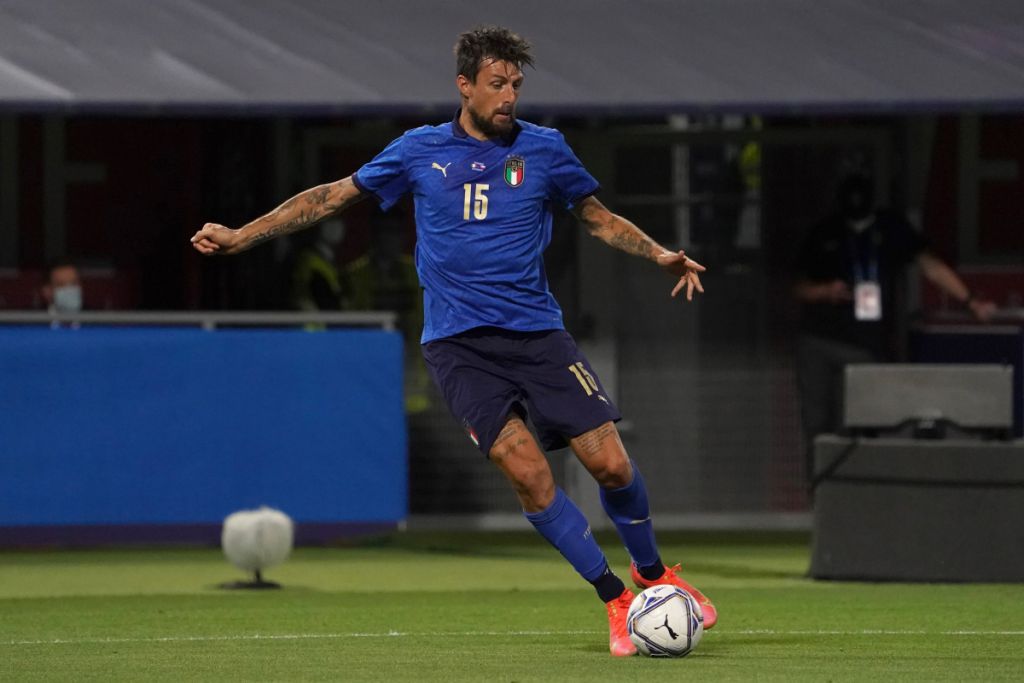 In the 18th minute, the Azzurri thought they had opened the score. Off a corner kick, Giorgio Chiellini managed to outmuscle two defenders and follow up with a goal. However, after further review from VAR, the goal was called back for handball.

Minutes later, the Azzurri took a massive setback as Chiellini was subbed off for Francesco Acerbi. The Italian picked up a knock and was forced to leave this contest; the extent of his injury is unknown.

For Acerbi, it was his first appearance for the Azzurri in Euro 2020. The Italian stepped in admirably for Chiellini, who provided a calm presence in the backend. He finished the match with one clearance, one blocked shot, and two interceptions. Acerbi may need to be relied upon moving forward if Chiellini is to miss more time.

Acerbi spoke to RAI Sport following the match where he said:

I didn’t even have a second of warm-up. I saw Chiellini seemed fine and then all of a sudden he took off his armband and needed to come off,”

This is what happens with a tournament after a long season, there is fatigue, you have to be always ready when called upon.

We’ve always said it doesn’t matter who plays, we all give our contribution and keep the same team identity. 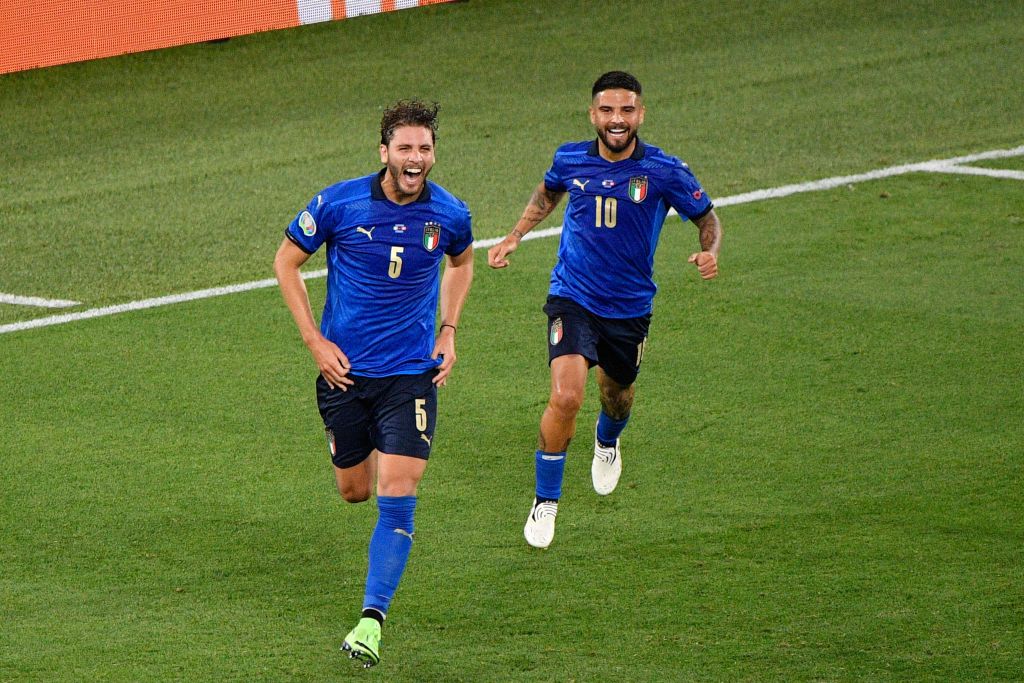 Two minutes after the goal had been ruled out, Italy scored to gain the lead. The play started from midfield with some beautiful one-touch passing that led Locatelli to receive a beautiful pass inside the box from Domenico Berardi. The midfielder made no mistake as he was left alone with ample space and buried it past Switzerland goalkeeper, Yann Sommer. 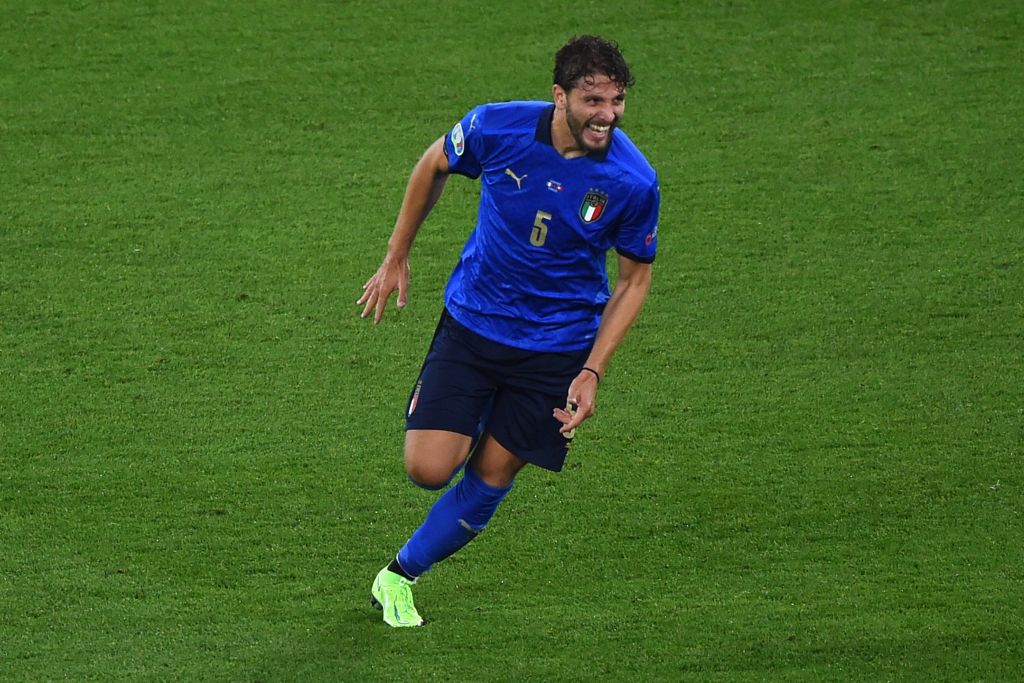 Italy extended their lead minutes after the start of the second half. Locatelli scored from outside the box with a precise shot and beat Sommer once more.

The combination of Nicolo Barella, Jorginho and Verratti has often been described as Italy’s most potent midfield. The latter continues to recover from an injury and is not ready to return to the lineup, however, Locatelli proved that he should be the starter moving forward.

The experience that Locatelli gained in Italy’s opening group match certainly helped him versus Switzerland. In Italy’s match versus Turkey, Locatelli managed to make the simple pass and won key battles. He followed up with another impressive performance versus the Swiss as he looked calm when in possession and created scoring chances.

Locatelli finished the match with two goals, 46 accurate passes, one key pass, one interception, and three accurate long ball passes. He became the third Italian player to score a brace in the Euros and the first since Mario Balotelli did it back in 2012 versus Germany. The Italian controlled the midfield and was decisive when he needed to be. 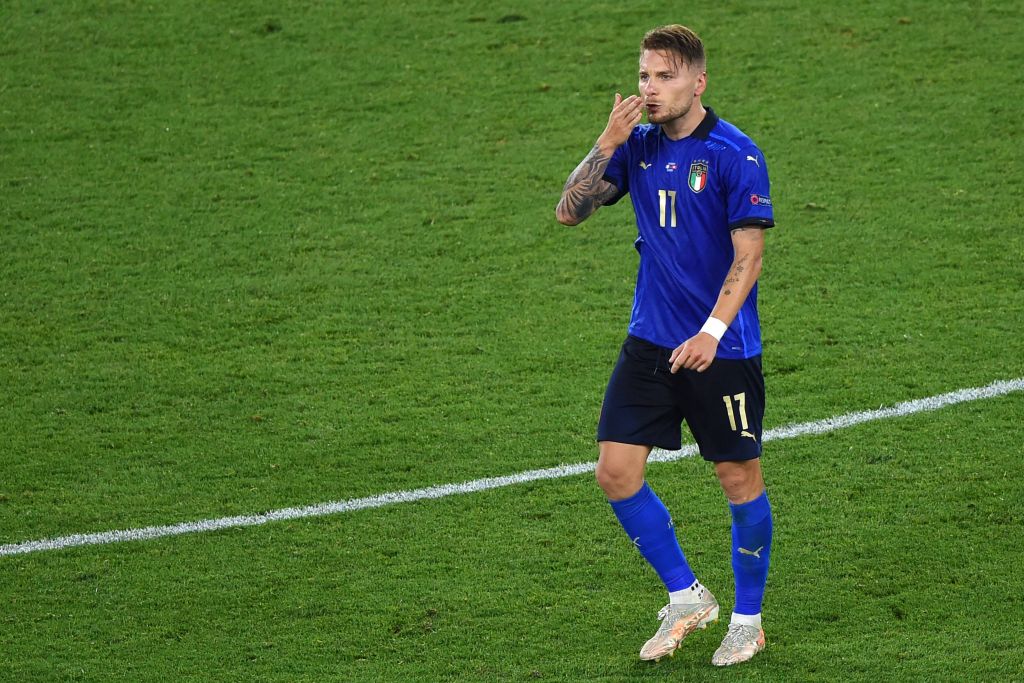 The Azzurri’s lead striker, Immobile, once again stepped up for his side. Throughout the match, he won key battles, made pivotal passes and his hold-up play was impressive. On multiple occasions the Italian was able to get his teammates to advance forward and he managed to come back and break up plays in the backend.

While Immobile was effective off the ball, when he had possession, he squandered chances away. He missed three big scoring chances and one surely should have gone in the back of the net. The Italian’s perseverance and willingness to not quit and work hard paid off for the Azzurri. He consistently created chances in the second half and managed to score at the 89th minute.

From outside Switzerland’s box, Immobile released a powerful shot which Sommer got a hand on but was unable to keep out. It was a well-deserved goal for the Immobile; it was his second of the tournament and he is showing that he has the ability to score for Italy.

After never netting three goals in a Euro match before, Italy have now gone two straight games doing so. On Sunday, they will play Wales, who remain undefeated in Euro 2020 and will contest for the top spot in Group A.  Switzerland will play Turkey and must win in order to advance to the Round of 16.