Lazio star Sergej Milinkovic-Savic is being followed by many top clubs around Europe, with Paris-Saint Germain at the forefront of these.

As revealed in The Laziali’s exclusive interview with Italian journalist Fabrizio Romano, the 26-year-old Serbian midfielder has attracted the attention of many top European sides due to his fantastic performances with the Biancocelesti in recent years.

However, the club most seriously interested in signing him is French giants Paris Saint-Germain, as sporting director Leonardo is a huge fan of the 26-year-old, having closely kept an eye on the player since his time in Italy.

Romano also stated that there is interest from the Premier League for Milinkovic-Savic. In recent times, Liverpool and Manchester United have been reportedly keen to acquire the Serbian midfielder. However, none of these clubs are close to signing the 26-year-old. 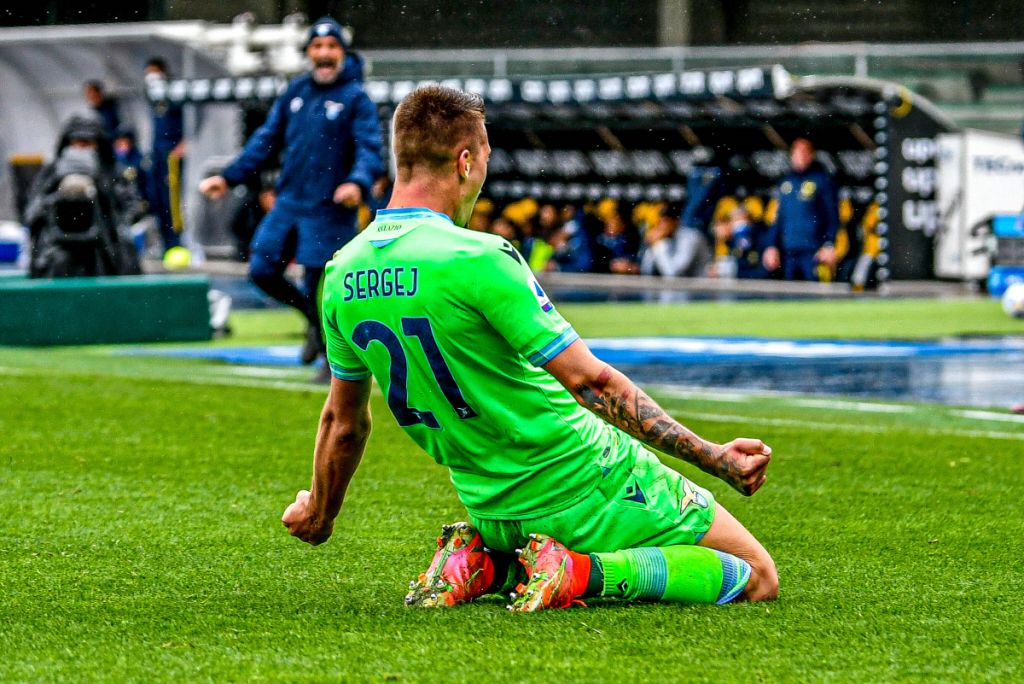 In addition, Romano has confirmed that Real Madrid are not interested in signing the player at the moment, despite various rumours.

With a market value of around €100 million and a contract tying him to Lazio until 2024, it’s hard to imagine Milinkovic-Savic leaving the Biancocelesti this summer, especially considering president Claudio Lotito has no intention to offer any discounts on the player.