Lazio midfielder Sergej Milinkovic-Savic’s inconsistency is what’s stopping him from being a world-class player.

As discussed in The Laziali’s exclusive interview with Italian journalist Fabrizio Romano, the 26-year-old Serbian midfielder is a fantastic player and quietly becoming one of the best midfielders in Europe.

However, he is failing to win further praise across the continent due to his limited number of appearances in Europe’s top competitions like the UEFA Champions League. 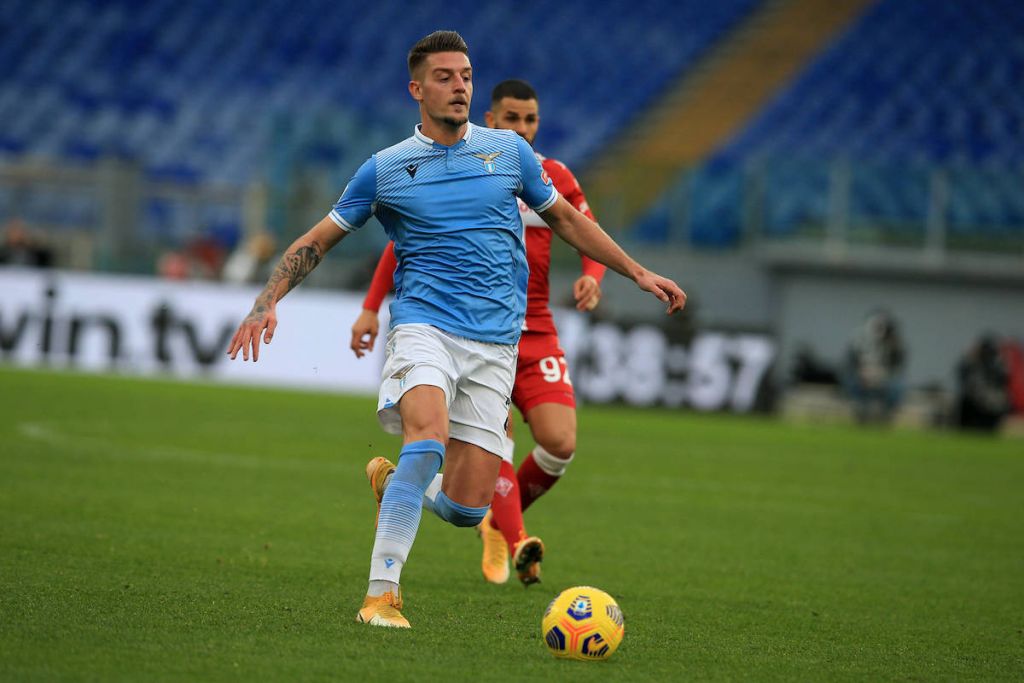 Milinkovic-Savic has great physical strength, technical ability and doesn’t struggle with pressure in big games, a key element for any top player.

However, the Serbian midfielder’s biggest downfall is his consistency. Across a 38-match season, the Lazio star is often incredible for periods, before seemingly going quiet for a month or two before returning to his best.

Should he iron out his issue, then there is nothing stopping him from becoming one of the best midfielders in the world.

Milinkovic-Savic made 32 Serie A appearances this season for Lazio, for a total of 2755 minutes. In that time, he scored eight goals and provided nine assists.

The 26-year-old Serbian has been linked with moves away to Juventus, Inter, Liverpool, Manchester United, Real Madrid and Paris Saint-Germain in the past, but a move away this summer seems impossible due to the financial impact of the pandemic on European football.

Time and time again President Claudio Lotito has stated that the player will not leave unless his demands are met.