The long wait finally came to end for Italy as they defeated England 3-2 at Wembley Stadium in a shootout and won their first European title since 1968. 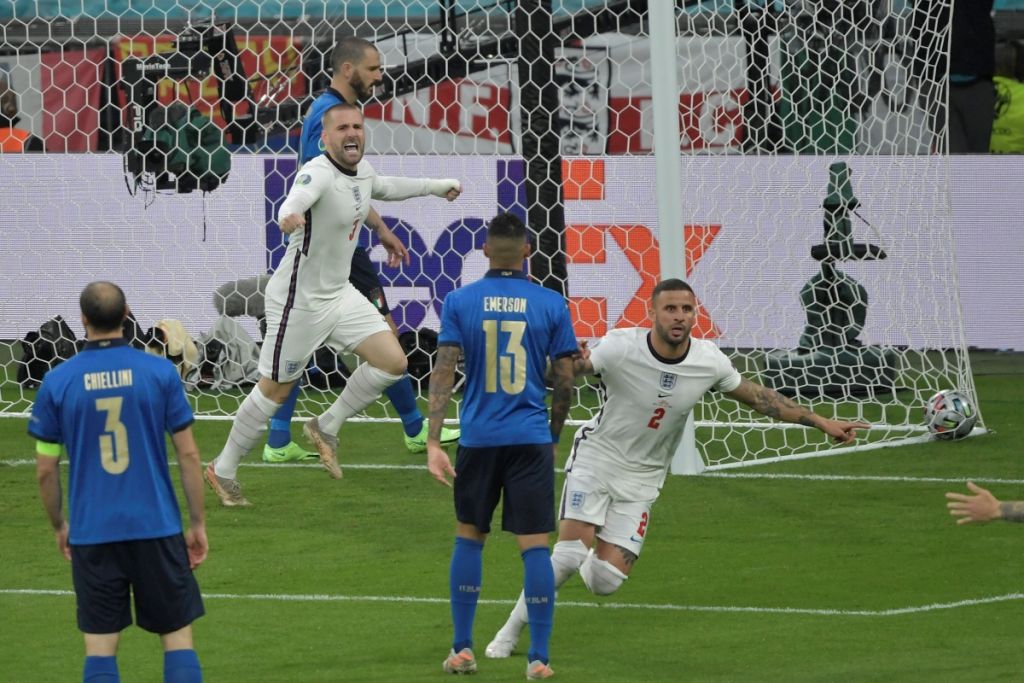 It wasn’t the start that the Azzurri had hoped for as England came out strong to begin the match. Luke Shaw opened the score in the 2nd minute for England, as Kieran Trippier delivered an accurate cross towards the left-back – who was left unmarked on the left side of the goal area – and beat Italy goalkeeper Gianluigi Donnarumma with a terrific finish. 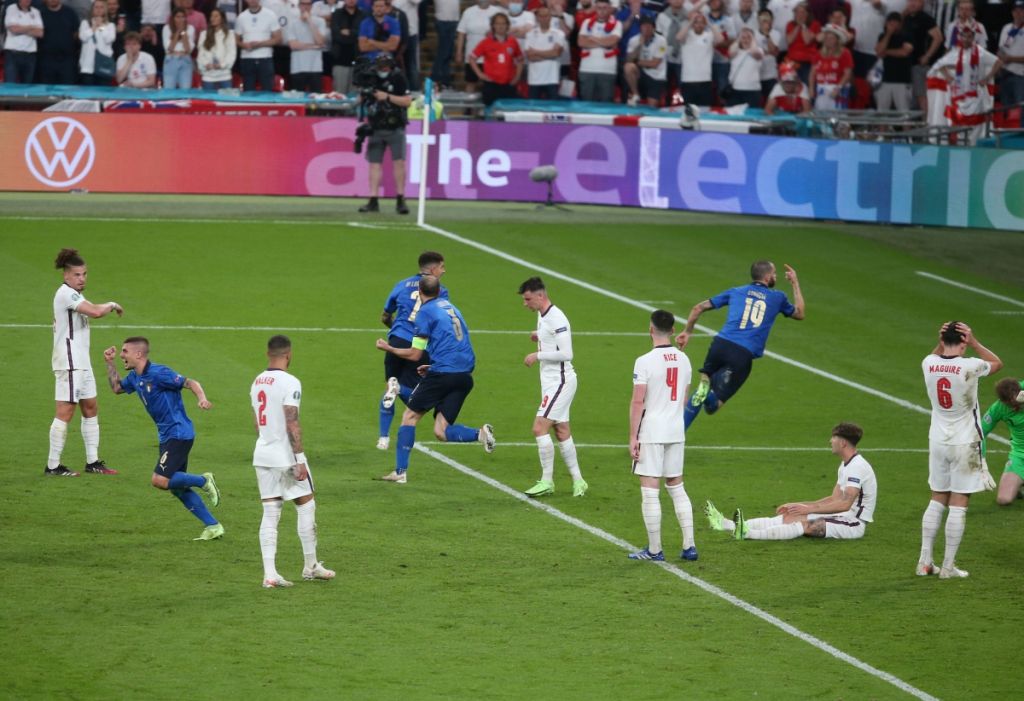 As the game progressed, Italy started to settle into the match and left England with little to celebrate. They tried to sit back and catch Italy on the counter, however, in the 67th minute, their early lead was erased as Leonardo Bonucci scored off a corner kick and levelled the score at 1-1. 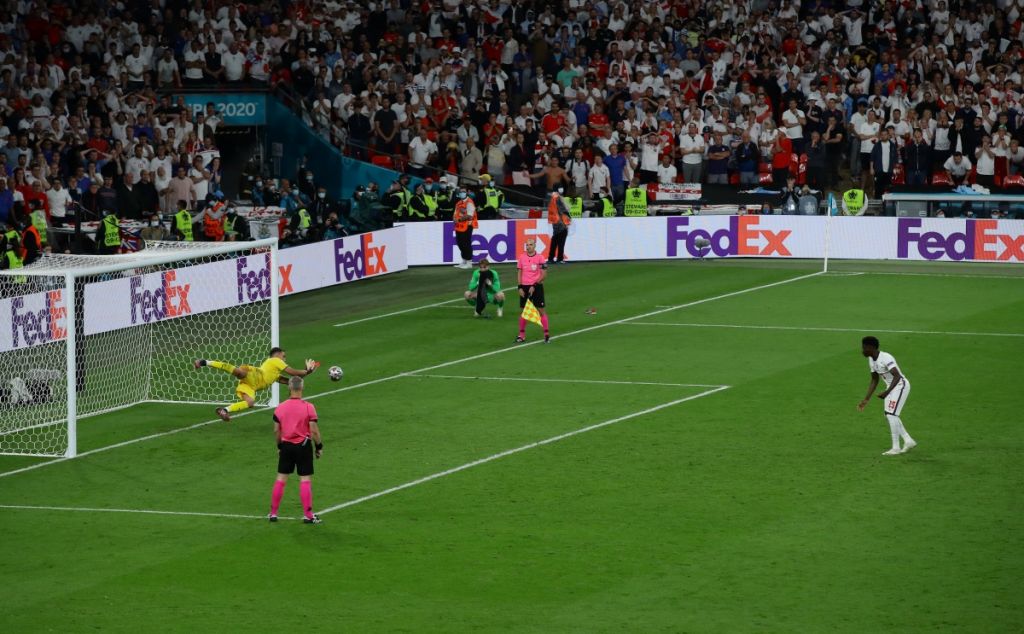 Extra time didn’t settle anything for either side and the match required a penalty shootout. Domenico Berardi, Bonucci, and Federico Bernardeschi scored for Italy while Marcus Rashford, Jadon Sancho, and Bukayo Saka missed their chances which ultimately led to Italy securing the trophy. 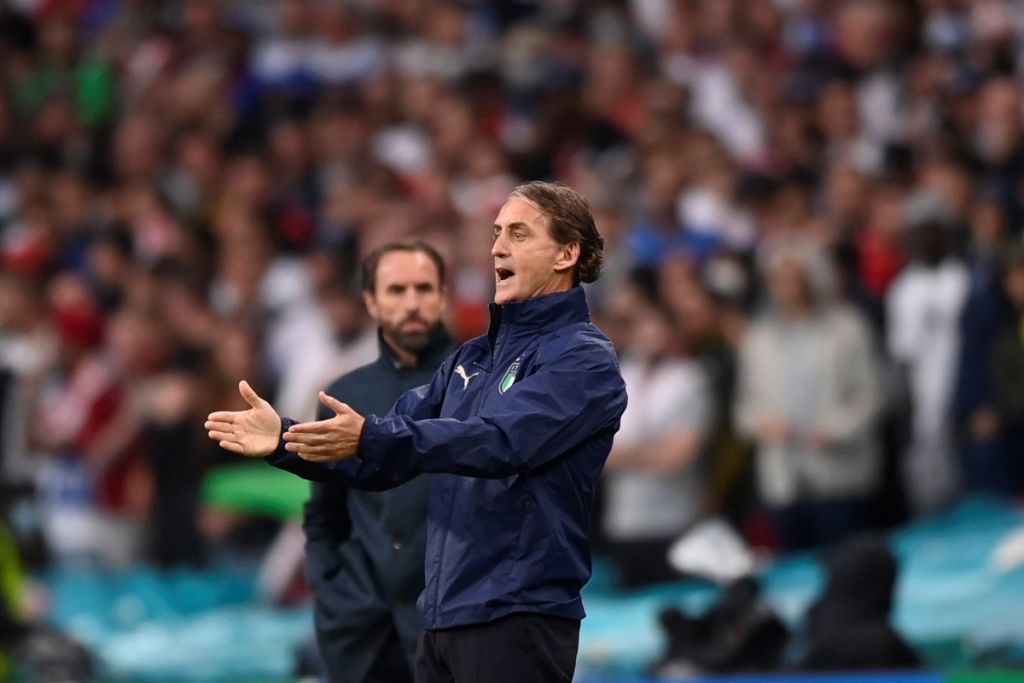 It was impossible to even think about it, but the lads were extraordinary. I have no words for them, this is a wonderful group.

It wasn’t an easy game and this one developed to become very difficult, but then we dominated it. On penalties, you need to have a bit of luck and I’m also a bit sorry for the English.

This team has grown a lot but I think we can still improve. We are happy for all Italians. 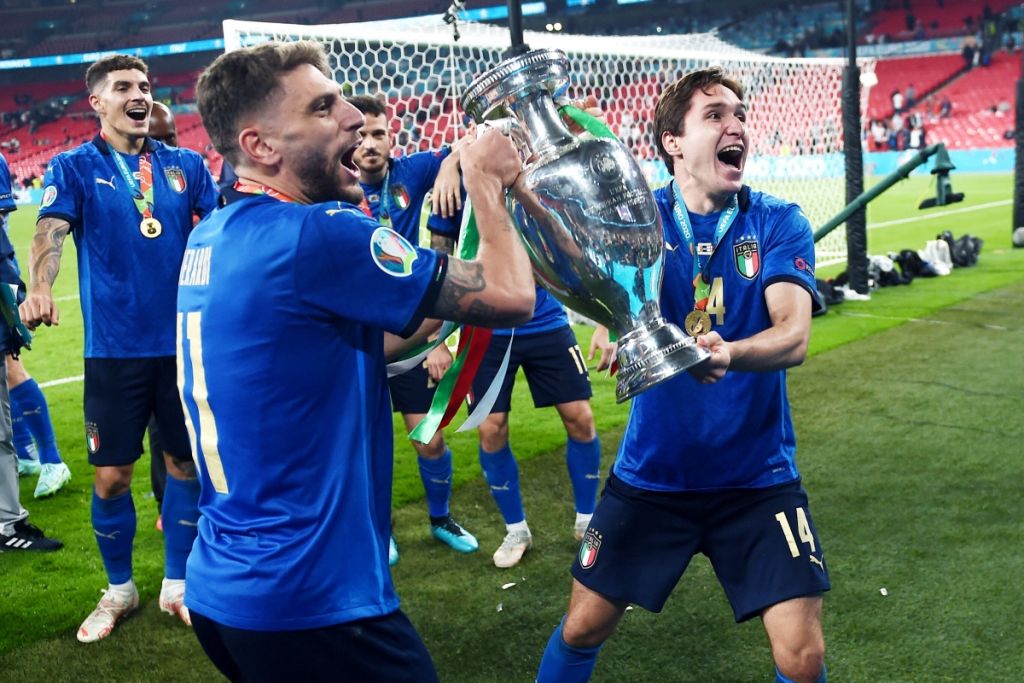 Although he didn’t get on the score sheet, Federico Chiesa was Italy’s most productive player versus the home side. He made strong runs, was energetic, used his speed to cut in behind players and earned fouls for his side; he was Italy’s most dynamic and creative player who was on a mission to help Italy win the competition.

Unfortunately, in the 86th minute, Chiesa was substituted for Bernardeschi as he needed to leave the game due to an injury. It was poor timing for the player as he was effective versus England; his substitution luckily didn’t affect the outcome. He finished the match with one shot on target, three successful dribbles, three tackles and one aerial duel won. 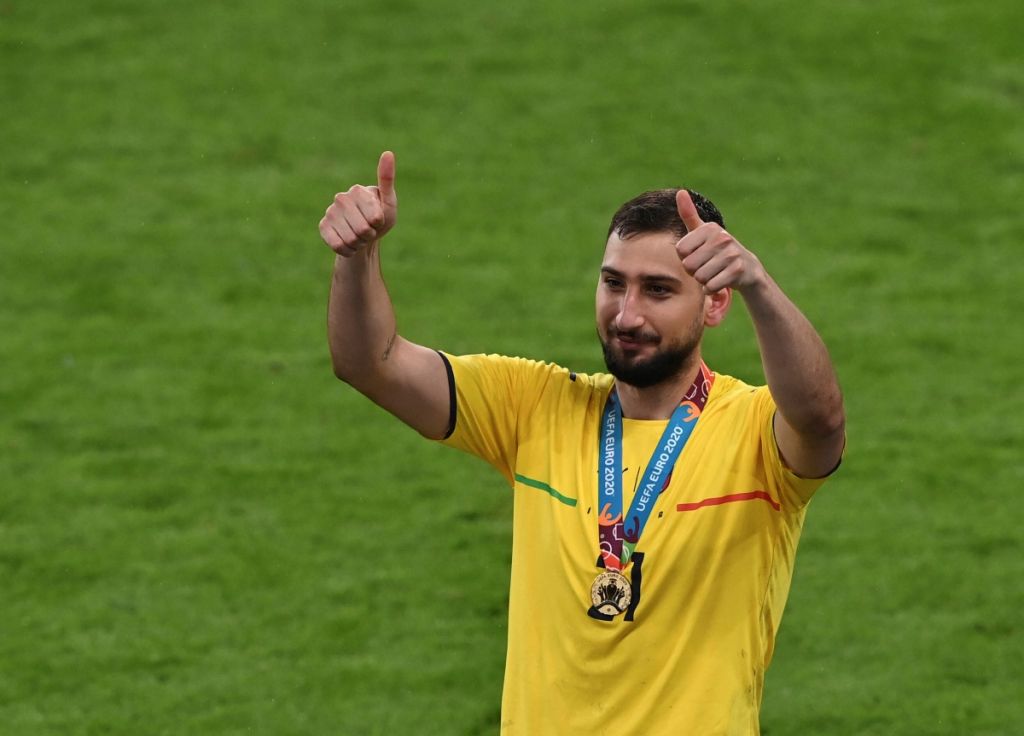 While many players stepped up throughout the Euros for Italy, it was Donnarumma who had a massive impact on the final outcome. The goalkeeper was awarded the ‘Best Player of the Tournament’ and, rightfully so, as he made numerous key saves when he was called upon.

In the Quarter-Finals, he made a pivotal save on Kevin De Bruyne which helped Italy earn a 2-1 win against Belgium. He followed up with two dominant performances against Spain and England as he was pivotal in both shootouts. At 22 years old, the Italian proved that he is currently one of the best shot-stoppers in football.

It has been a little over three years since Mancini became the manager of the Azzurri. He has taken this team to new heights after missing out on the World Cup in 2018 and has given this team a true identity. Azzurri fans across the world should be encouraged as the future of this team looks bright. Mancini was the best manager in this tournament and made impactful decisions.

For the time being, Italy will enjoy their second Euro trophy while England will continue to wait for another trophy; the last time they won a major international competition was the World Cup back in 1966.