Lega Serie A have revealed the bracket for 2021/22 Coppa Italia, which sees Lazio started in the Round of 16.

As announced by Lega Serie A earlier today, the Biancocelesti’s first match in next season’s Coppa Italia will kicked off on 12th January 2022, with the second leg exactly a week later on the 19th.

There are four possible opponents that Lazio could face in that game, depending on the results of the previous rounds. These teams are: Udinese, Ascoli, Crotone and Brescia.

Below is a photo of the full draw: 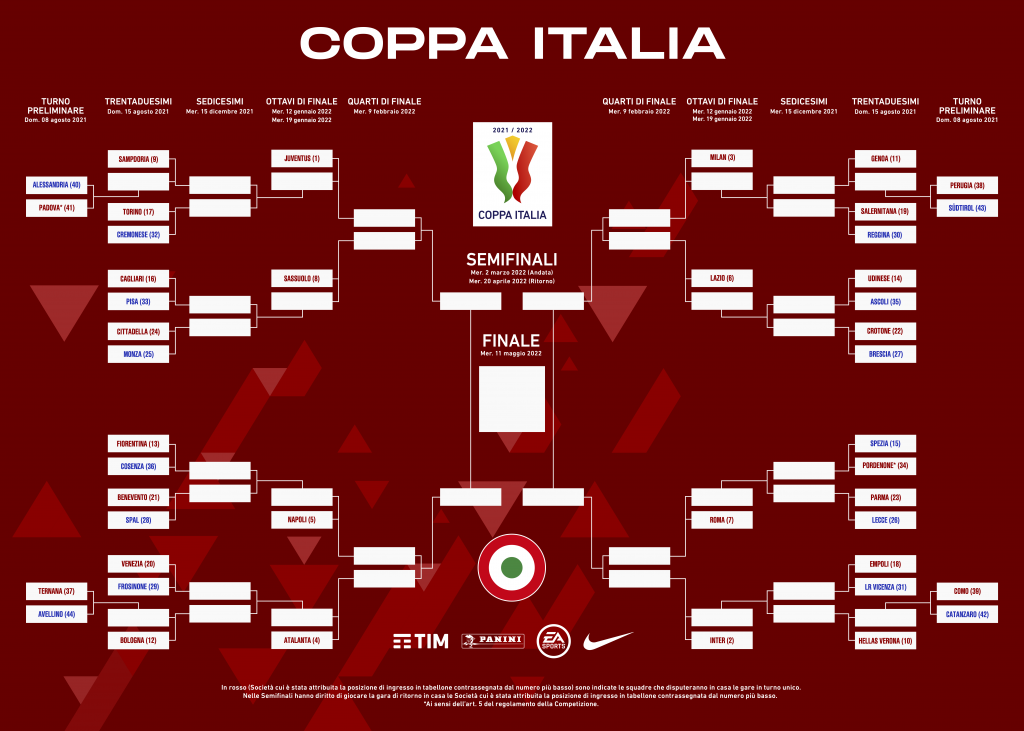 Should Lazio win their Round of 16 clash, then they will play the quarter-final match on 9th February, with their most likely opponents in that game being AC Milan, Genoa or Salernitana.

The other top teams on this side of the Coppa Italia bracket are Inter and bitter rivals Roma, and the Biancocelesti could possibly face either of these two in the semi-final matches on 2nd March and 20th April.

The Coppa Italia final has been scheduled for 11th May 2022.